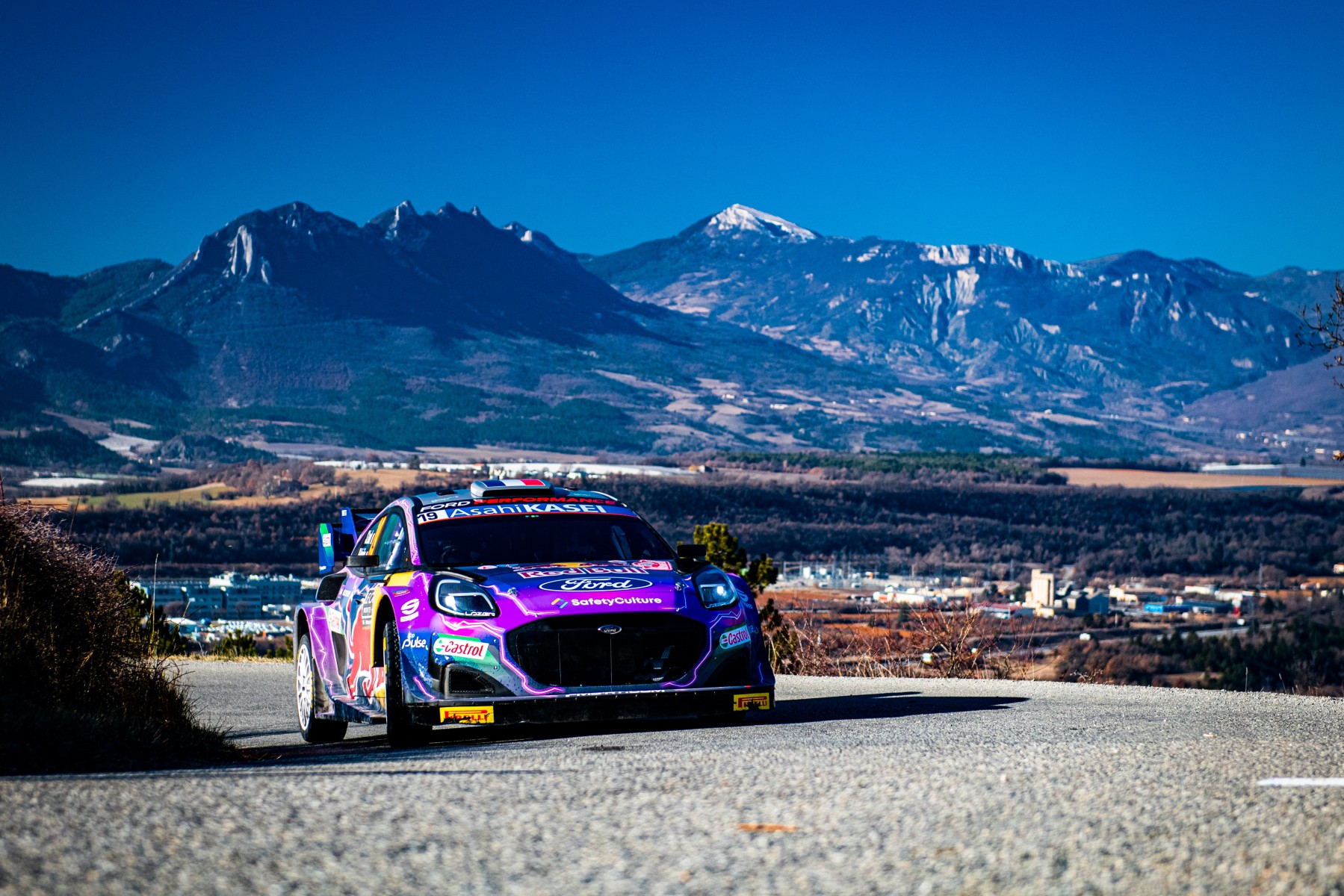 Milan, January 23, 2021 – In its 150th year, Pirelli celebrated the start of the 2022 motorsport campaign with a renewed range of P Zero and Sottozero rally tyres as the World Rally Championship embarked on its 50th season on Rallye Monte-Carlo with a new family of hybrid RC1 cars.

Nine-time World Rally Champion Sebastien Loeb returned to the sport with M-Sport Ford, leading the rally until Saturday, when he was overhauled by Toyota’s current champion, Sebastien Ogier. On the penultimate stage, Loeb moved in front once more after Ogier suffered a front-left puncture, eventually winning by 10.5 seconds after the final stage. Neither Frenchman will be contesting the full season, however, meaning that M-Sport’s Craig Breen – who finished third on Rallye Monte-Carlo, should be first on the road for the next round in Sweden.

The winning tyre
Pirelli’s P Zero WRC RA soft tyre came into its own on Rallye Monte-Carlo, which was unusually warm and dry this year – thanks also to the inclusion of several new stages further towards the south of France, with a less severe climate. However, there were still some icy and snowy sections, with temperatures dropping to minus five degrees centigrade in places. The soft tyre was used for the bulk of the event and stood out thanks to its versatility in a wide variety of temperatures and conditions, offering good grip when it was cold and slippery but also stability and consistency in the warmer temperatures of the afternoon.

The key stage
Key stage: SS11/13 Saint Geniez-Thoard (20.79km)
Run twice on Saturday, this stage close to Sisteron was the only one of the rally that featured a lot of snow and ice at the top of the Col, typical of Rallye Monte-Carlo. As a result, tyre choice was particularly crucial, with several drivers choosing the studded Sottozero tyres in order not to lose too much time in the delicate conditions. However, although both Loeb and Ogier had them available, neither of them used the studded tyre, with Loeb admitting that he followed Ogier’s decision to take a slick. The studded tyre proved to be fastest, with the time gained in the ice and snow more than compensating for the time lost on the dry sections. As a result, this stage was key to the outcome of the rally: underlining how both the P Zero and Sottozero tyres played a crucial role this weekend.

Terenzio Testoni, Pirelli rally activity manager
“For many reasons, this was a very different Monte Carlo Rally compared to previous years, with the brand new hybrid cars returning to Monaco every night and no midday service: only a tyre change zone. This put the emphasis on reliability and consistency, with no mistakes going unpunished, and the driveability from the tyres being crucial. Weather conditions were drier and warmer than many other years but grip was still extremely inconsistent, with some patches of ice and frost: especially in the mornings and at night. As a result, the feeling from the tyres was critical, and this is where the P Zero soft came into its own, giving the drivers confidence in a wide variety of conditions. Those conditions were at their most challenging on the Sisteron stage, where strategy had a real influence on the outcome: all part of the game on Rallye Monte-Carlo. It was fantastic to see the fight between two great champions and we also saw some stand-out performances from other drivers who managed to quickly understand how to get the most out of the new car and tyre package.”

The biggest challenge
Getting through each day of the 90th Rallye Monte-Carlo with no midday service in these latest-generation cars was the biggest challenge, with many new elements for the drivers to learn. The stages were also mostly unfamiliar, several not having been used for many years. In these demanding conditions, the experience of Ogier and Loeb shone through: both now tied on eight victories at Rallye Monte-Carlo.

The class winners
The WRC2 category was won by reigning champion Andreas Mikkelsen in a Skoda Fabia, after a tight battle at the start of the rally with the leaders divided by less than a second and a half on Friday night. Finland’s Sami Pajari, the reigning Junior WRC champion who was also elected ‘Rising Star’ by the prestigious Finnish motorsport federation, won WRC3 in a Ford Fiesta: underlining Pirelli’s emphasis on supporting young drivers. On the other end of the scale, at 47 years old, Loeb became the oldest driver to win a WRC event: breaking the record previously held by Bjorn Waldegard on the Safari Rally.

Pirelli’s Mario Isola: rally driver for a day
A unique event took place at the shakedown on Thursday to mark Pirelli’s 150th anniversary. Pirelli’s Head of Motorsport Mario Isola – a keen rally driver in his spare time – drove a specially-liveried Kimera Automobili EVO37 on the 2.29-kilometre stage: with Pirelli’s 2003 World Rally Champion Petter Solberg as his co-driver. After their run, the Pirelli 150-liveried car remained on display throughout the rally at Monaco’s famous Casino Square.