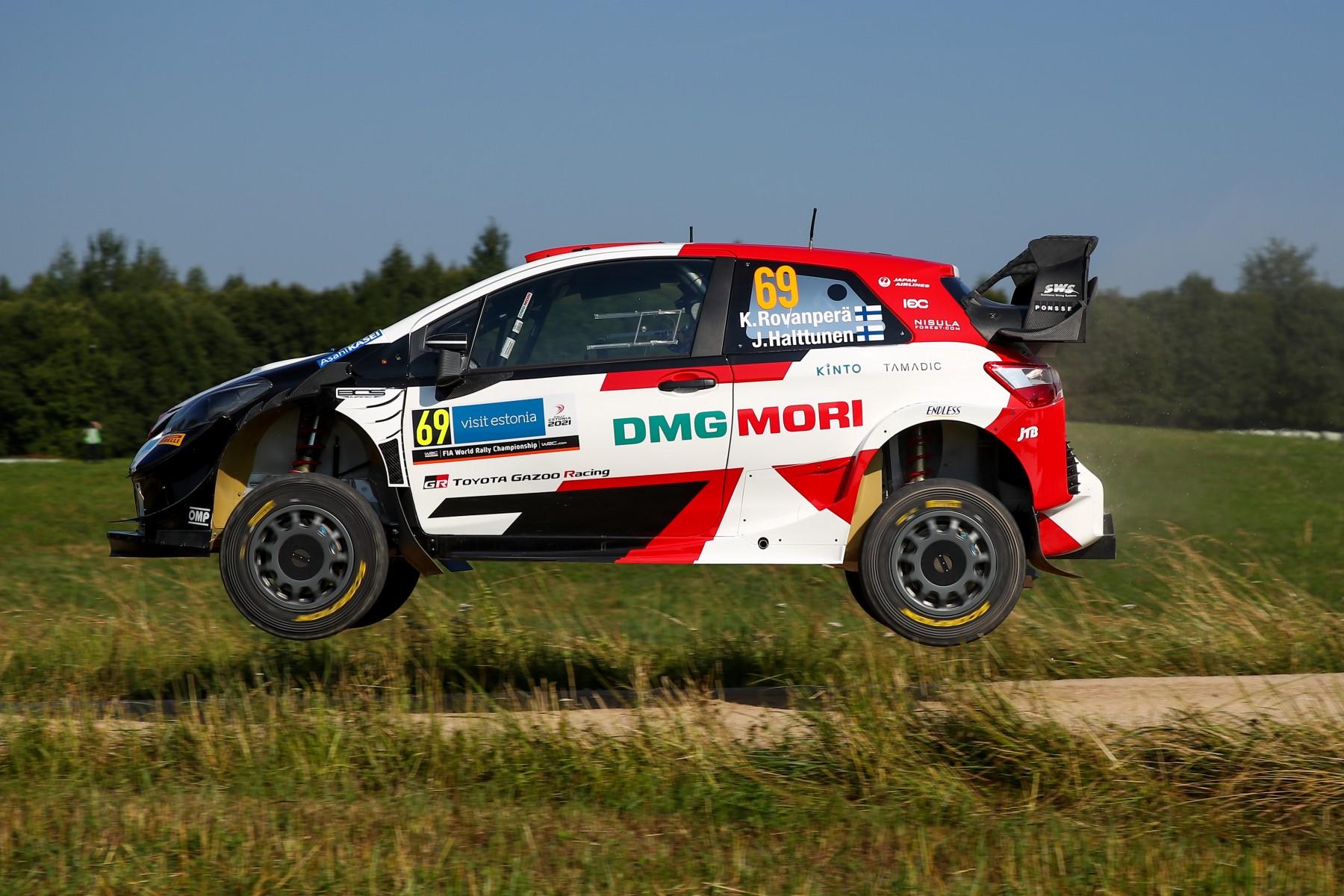 Milan, July 18, 2021 – History was made on Rally Estonia with Pirelli, when Kalle Rovanpera became the youngest-ever driver to win a World Rally Championship event at the age of 20 years and 290 days: displacing the record previously established by his Toyota team boss Jari-Matti Latvala back in 2008, who won the Swedish Rally aged 22 years and 313 days (also on Pirelli tyres, in a Ford Focus WRC).

On some of the fastest roads seen all year, Rovanpera led home Hyundai’s Craig Breen, who equalled his best-ever result on his first taste of Pirelli’s gravel WRC1 tyres. Another Hyundai, driven by Thierry Neuville, completed the podium, while fourth place for Toyota’s Sebastien Ogier consolidates the Frenchman’s championship lead.

For the first time the soft version of the Pirelli Scorpion KX was nominated as the main compound, with 24 tyres available to each driver, plus only eight tyres of the hard. This was despite temperatures that were unseasonably warm even for July in Estonia, with ambient temperatures in excess of 30 degrees centigrade and ground temperatures that peaked at more than 35 degrees. The soft tyre’s impressive grip was nonetheless perfectly suited to the compact and fast gravel stages of Estonia – with average speeds often in the region of 130kph – also standing up well to the punishment and forces exerted by the rapid jumps and unique conditions.

“Congratulations to Kalle on this incredible new record achieved with us: he made his competitive debut in a World Rally Car with Pirelli back in 2017 at the Bologna Motor Show, where he won the Memorial Bettega, so to see him reach this milestone now after such a fast and mature drive is very satisfying. In spite of the unexpectedly high temperatures, the soft tyres – nominated for the first time as the main choice – performed extremely well here. With the hot weather, rapid stages, and phenomenal levels of downforce produced by the current Rally 1 cars – the fastest in the history of the sport – our Scorpion KX tyres were performing at the limit: tread temperatures in excess of 140 degrees centigrade were sometimes registered at the end of stages.”

The heat and the speed of the stages was the biggest challenge in Estonia, requiring centimetre-perfect precision, helped by local knowledge. Local hero Ott Tanak set the majority of the fastest stage times but was forced to retire from Friday’s opening leg after going off while recovering from a puncture that cost him 26 seconds. Accurate pace notes were essential, as well as tyres that could cope with the sustained high speeds. The new construction introduced by Pirelli for Estonia worked very well, with no other major problems suffered by any of the drivers over the course of the 24 stages.

After a flowing and very fast opening day, the Rally Estonia route turned north and turned technical first thing on Saturday morning. At 23.53 kilometres, this new-for-2021 test was the longest and the most challenging. Continually turning, diving in and out of the trees, with asphalt as well as gravel, the stage provided a solid workout for Pirelli’s Scorpion KX. This piece of road was also where Kalle Rovanpera lay the foundations for a historic win, with a stunning drive to take 10 seconds out of all his rivals.

Pirelli’s reigning European Rally Champion Alexey Lukyanuk, who also leads the European standings currently, won the Rally 2 category in Estonia by finishing eighth overall in a Skoda Fabia. Underlining the adaptability of Pirelli’s products to different manufacturers, a total of five different car brands finished in the top 10. The Junior World Rally Championship category, which is exclusively supplied by Pirelli to identify the next generation of stars, was won by Finland’s Sami Pajari.