The third round of the FIM series confirms Pirelli’s superiority as Herlings and Pourcel own MX2 and MX1 classes respectively After the clean sweep at Holland for the Grand Prix season opener Pirelli Scorpion MX marked their second double at the Grand Prix of Italy across the difficult, rough and softened terrain at Fermo that was an ideal showcase for the capabilities of the MidSoft 32. MX1 was controlled by Frenchman Christophe Pourcel who triumphed thanks to a first moto win and a runner-up spot in the second race. The Kawasaki racer was ahead of Antonio Cairoli. The Sicilian rode to a tight but satisfactory third place in the first moto and then wrestled control of the second race after a great start to win in front of his many fans. The Pirelli 1-2-3 was completed by Clement Desalle while in fifth position overall was KTM’s Ken De Dycker. 2011 vice-champion Steven Frossard was reduced to the role of bystander as his attempt at the GP only five days after knee surgery proved futile. The Scorpion MX MidSoft 32 also shone in MX2 thanks to the winner of both motos Jeffrey Herlings. The Dutchman classified ahead of surprisingly quick American Michael Leib and other Pirelli riders in the forms of Jeremy Van Horebeek and Jordi Tixier. Bad luck laid in store for Kawasaki Floride Monster Energy duo Joel Roelants and Tommy Searle. The former had to withdraw from the GP after a first moto crash led to a concussion while the latter suffered a technical problem and a DNF. Searle was also hit to the ground at the start of the second race. “At this event we provided Suzuki and Kawasaki riders with the new MidHard 554,” commented Racing Manager Giovanni Gatti “that we rolled out for the first time at this circuit, Fermo, for the closing Grand Prix last season but with the soft and wet conditions because of the watering the MidSoft 32 offered the best performance and was the natural choice.” The schedule continues with round four taking place in Mexico on May 13th. 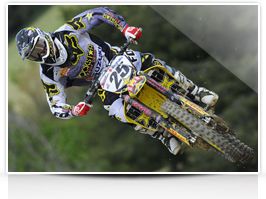 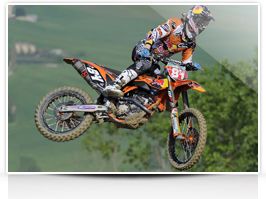 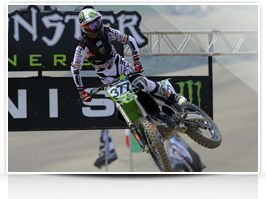 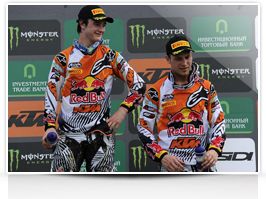 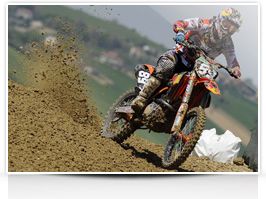 PIRELLI PARTNERS WITH THE ROGUE RACING AND THEORY GLOBAL ENDURO TEAMS, TAKES ITS GRAVITY PROTOTYPE TYRES TO THE DH WORLD CUP AND EWS
PIRELLI AND ENEL X TO BRING RECHARGING INFRASTRUCTURE FOR ELECTRIC VEHICLES TO DRIVER TYRE CENTRES
PIRELLI: THE PIRELLI CALENDAR RETURNS, BRYAN ADAMS TO SHOOT THE 2022 EDITION
For the WorldSBK round in Misano, Pirelli brings new front and rear solutions, whilst the SCX tyre debuts in the WorldSSP class
OGIER AND THE PIRELLI SCORPION KX OVERCOME THE ROUGH ROADS OF SARDINIA
2021 Azerbaijan Grand Prix – Sunday