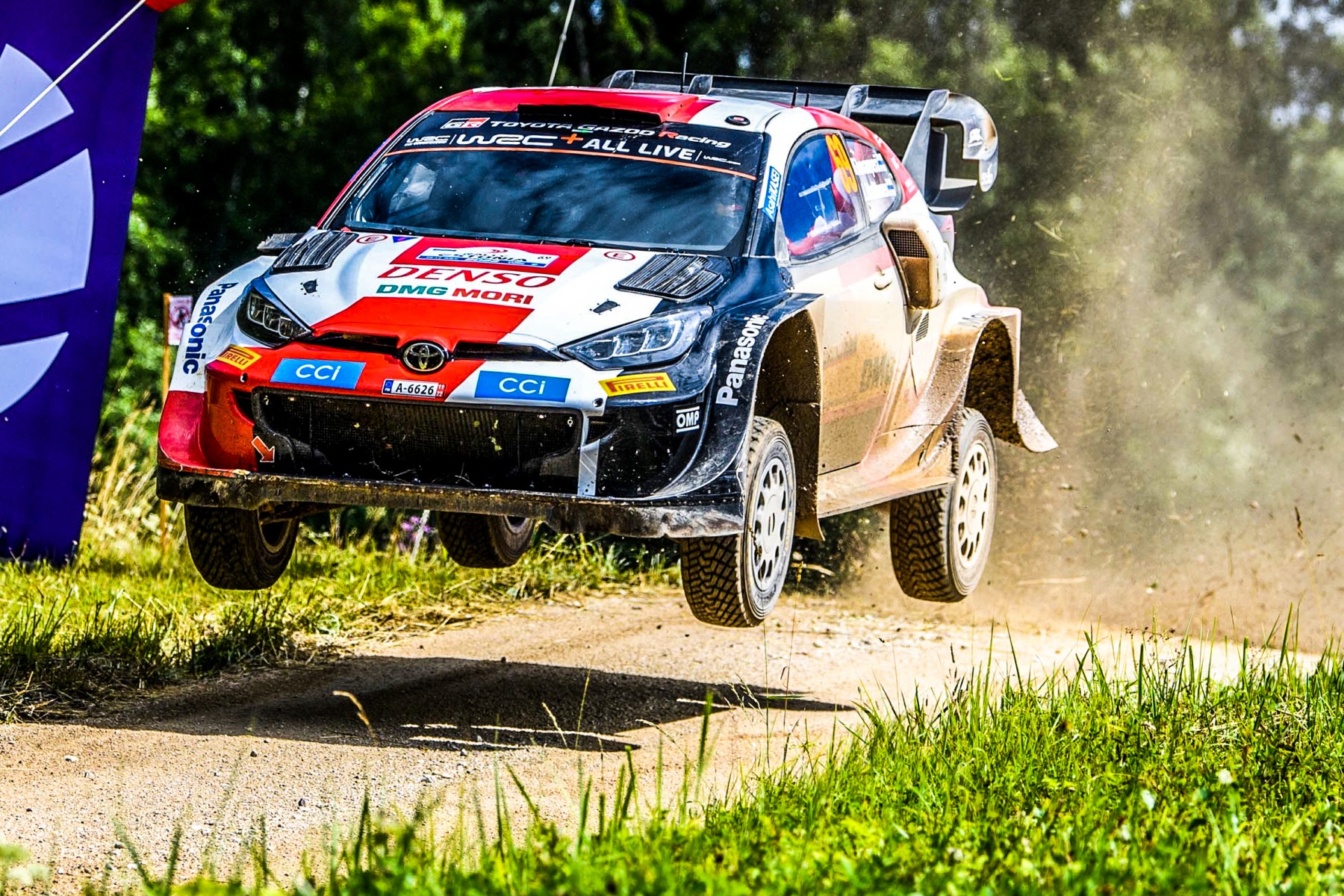 The Finn wins in a race with autumnal characteristics, run by all the drivers solely on Pirelli Scorpion soft tyres and a single spare in any leg

Testoni: "The Scorpion softs have a wide working range that ensures grip in both dry and wet conditions. Knowing how to exploit it makes all the difference"

The Estonia Rally, the turning point of the World Rally Championship, ends without any surprises and just as it had started: with Toyota driver Kalle Rovanperä on the top step of the podium, where he had climbed at the end of the day on Friday, and with the constant choice of tyres by all drivers, 5 Scorpion KX soft SA, in all the legs.

The predominant element of the race was the autumnal conditions with low temperatures, well below the 25-degree minimum recorded in previous gravel rallies, and intermittent but often very heavy rain. The precipitation not only made the road surface - often marked by deep ruts caused by the first passage of the car- even more slippery, but also created poor visibility conditions and littered the route with puddles. Other constants were the challenging jumps and, despite the poor grip, generally high average and top speeds, particularly on Friday when the longest stage of the entire rally was run.

On Friday, Elfyn Evans in a Toyota won the fastest special stage, the 21.45-kilometre Raanitsa1 (SS4), with an average speed of 124.9, which dropped to 123.7 kilometres per hour on the second pass, won by Rovanperä.  Otepää (SS12 and 16) on Saturday was also fast, won on both the first and second passes by Rovanperä at an average speed of 120.4 and 119.4 kilometres per hour respectively. Friday's 24.35-kilometre Peipisääre (SS2 and SS6), the longest of the rally and gone on both passes to Evans, proved to be one of the most critical due to high crests and numerous jumps, as well as narrow roads.

"After Portugal, Sardinia and Kenya, the Estonian Rally definitively consecrates two new protagonists of the world championship's gravel races: Kalle and our Scorpion, with the latter always facing the most diverse and challenging surfaces with the same reliability. It is significant that all the crews, every day, have chosen to go out with just one spare, a sign of great confidence with the product and trust in its reliability. I have often been asked in recent days how it is possible that a single tyre can cope with different types and conditions of road surface. The answer is simple: the soft version is always the same, but behaves differently depending on the conditions of use, because it has a very wide working range. The soft tyre works with temperatures from 30-40 degrees in full wet situations, generating grip and showing excellent performance in traction and braking, as was the case on Friday, when Kalle took the lead. In dry conditions, the Scorpion soft works at 60-80 degrees and at higher speeds provides excellent lateral grip, which is what helped Kalle maintain his advantage in the wet".

In the other categories, all fitted with Pirelli tyres, the long and exciting chase of the leaders continued on the final day, but they were not surprised. In WRC2, in a finale full of twists and turns, Andreas Mikkelsen in a Škoda Fabia Rally2 evo managed to dominate, resisting the pursuit of Teemu Suninen in a Hyundai i20 N Rally2.

In the FIA Junior WRC, now in its fourth and penultimate race of the season, Britain's Jon Armstrong was unsuccessful in his attempt to catch up with Finland's Sam Pajiari and was even overtaken in the final by Estonia's Robert Virves.