Silverstone the next stop for Pirelli-supplied Blancpain GT Series

After the recent Sprint Cup event at Brands Hatch, the Blancpain GT Series visits another famous British circuit this weekend in the form of Silverstone, for round two of this year’s Endurance Cup. Pirelli will exclusively supply a provisional field of 52 GT3 cars with P Zero DHD2 tyres, as well as the supporting Lamborghini Super Trofeo series.

WHAT TO EXPECTHome to the Formula 1 British Grand Prix, Silverstone is known for its high-speed layout comprising of many quick corners. Bends such as Copse, Stowe and the famed Maggots and Becketts sequence test the skill of a driver as well as the strength of the tyres, putting considerable energy through them.

ANY SURPRISES IN STORE?At a British circuit it’s usually not a surprise to see rain, and Pirelli will come equipped with the Cinturato WH wet-weather tyre in order to prepared for all eventualities. However, just as was the case at Brands Hatch, a warm and dry weekend is currently forecast. Given the demands of the circuit, this will emphasise the task of keeping the tyres in the ideal temperature window. However, there’s a big change for this year: the track has been resurfaced completely, which is likely to affect tyre wear and degradation rates, as well as making the lap times quicker.

WHAT’S IMPORTANT TO KNOWThe Silverstone race, like the first round of the Endurance Cup at Monza last month, will last for three hours, meaning that each of the three drivers in each car will do a stint lasting around one hour. The speed of every driver is crucial to a car’s result, as is the need for a good strategy and to stay out of trouble in such a large field.

Matteo Braga, circuit technical manager: “Together with the Lamborghini Super Trofeo, we’re once again supplying around 100 cars at the Silverstone weekend: of all descriptions. Despite the diversity of the field, the competition and the Blancpain GT championship as a whole remains extremely open, as we saw at Monza. Silverstone – the home of the British Grand Prix – is a very demanding and technical track, with some question marks not only about the typically variable British weather, but also about the brand new asphalt this year. So we’re set for a very interesting weekend, which always attracts an impressive crowd, in a country that is truly passionate about motorsport.” 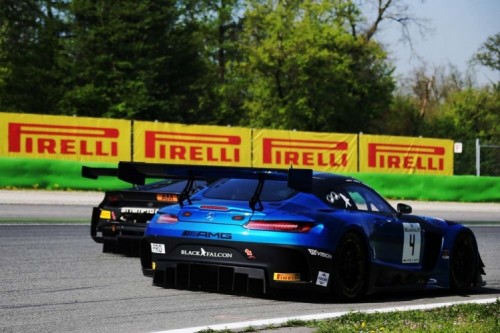 Silverstone the next stop for Pirelli-supplied Blancpain GT Series
Newsroom