SNOW, ICE AND FROZEN GRAVEL FOR THE DEBUT OF THE PIRELLI SOTTOZERO ICE J1 IN FINLAND 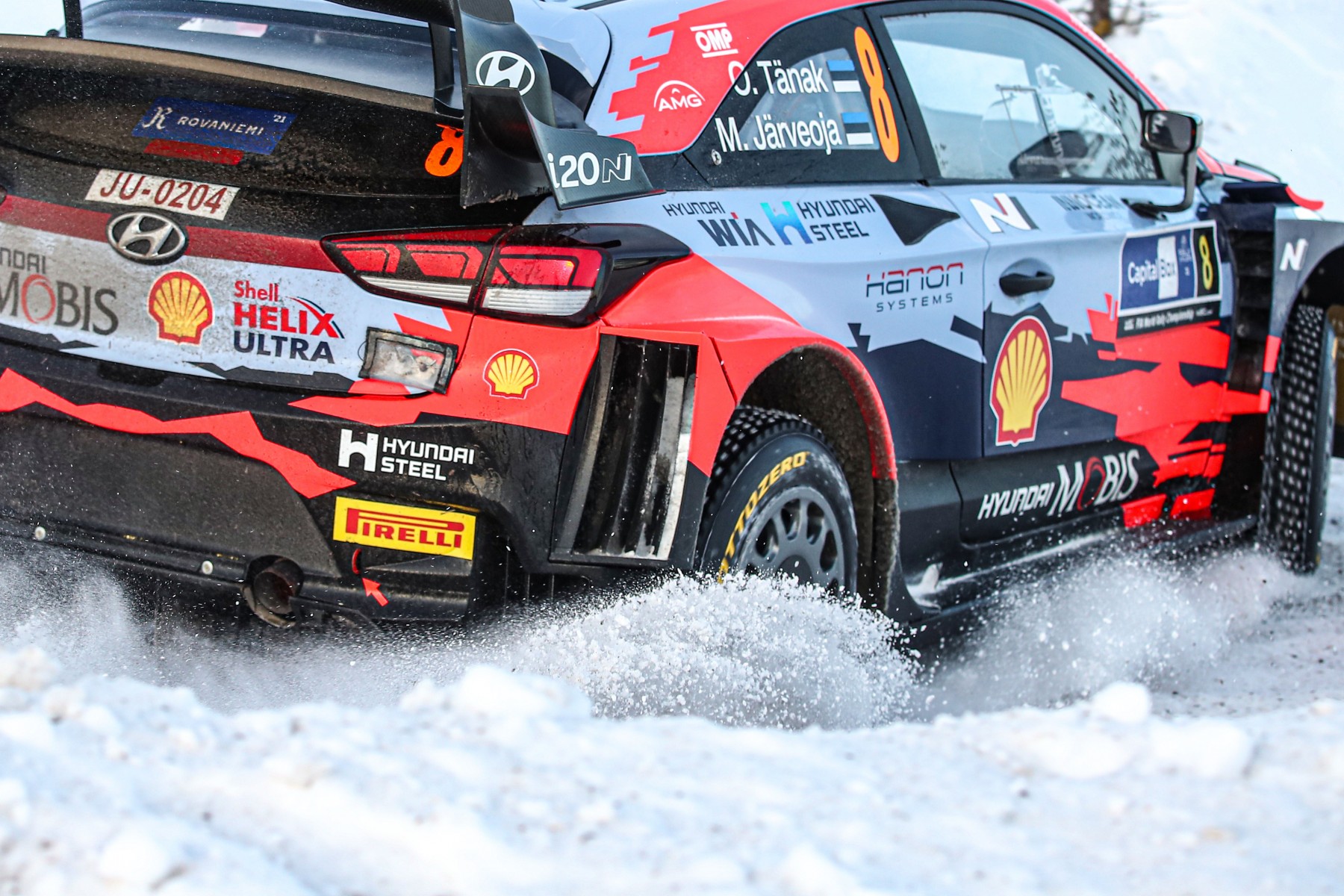 In contrast to Monte-Carlo, there was just one type of tyre available in Finland: the Sottozero Ice J1A, with 384 tungsten-tipped studs locked into the tyre thanks to a patented vulcanisation process. In total, the studs are 20 millimetres long, with seven millimetres protruding from the surface as per FIA regulations. These tyres are designed to work with ice and snow typical of Arctic Rally stages, by biting through the snowy surface and gripping into the ice underneath.

With all the stages around 20 kilometres or longer – unusual for a world championship rally – they all played an important role in the final result. But the 22-kilometre rally-concluding Power Stage was particularly crucial as it was a repeat of the only other stage on Sunday, making it especially challenging with deeper ruts and more gravel, but also five extra championship points at stake.

“There was a big variation in temperature from the pre-event test to the actual rally: from close to minus 20 around a week ago, conditions warmed up considerably to only just below zero. This meant we saw an equal variation in road conditions: from densely-packed ice, to snow mixed with gravel. In pure snow and ice conditions our Sottozero tyres performed perfectly with no stud loss, as these are exactly the conditions they are designed for. When there was gravel coming through as well, it was harder to keep all the studs in the tyres and the drivers had to drive accordingly. Those who put less stress through the tyres in these marginal conditions felt the benefit. Congratulations to Ott and also to Oliver: having driven a World Rally Car for the very first time with us at the Bologna Motor Show three years ago, it’s fantastic to see Oliver perform so well on his world championship debut in the top class on our tyres.”

With the test and recce taking place in much colder conditions, it was often hard for the drivers to relate what they saw back then to the actual competitive conditions. Any mistakes had big consequences, as like Monte-Carlo there were no spectators to help push drivers out of snow banks.

Former factory driver Esapekka Lappi returned in dominant finish to claim WRC2 victory, winning all the stages apart from two in a Volkswagen Polo and ending up 10th overall. He finished more than 45 seconds ahead of Skoda driver Andreas Mikkelsen, in second. Finnish champion Teemu Asunmaa won WRC3 in a Skoda

“Conditions were very tricky for the tyres. What helped to make the difference when there was a lot of gravel was braking a bit earlier. We knew it was going to be a complicated fight and scored as many points as safely possible.”

SNOW, ICE AND FROZEN GRAVEL FOR THE DEBUT OF THE PIRELLI SOTTOZERO ICE J1 IN FINLAND
Newsroom