The curtain will come down on another season of close competition in Formula 2 in Abu Dhabi. While Nyck de Vries already clinched the drivers’ title at the previous round in Sochi, the runner-up position is still up for grabs between several contenders, along with crucial superlicence points required to race in Formula 1.

• There are three distinct sectors to the Yas Marina circuit, each with their own characteristics. The fastest and longest corners are found in the first sector, which places quite high lateral loads on the tyres (even though this is a low severity circuit). Two long straights dominate sector two, while the final part of the lap is slower and more twisting.

• Setup is a compromise, and teams tend to opt for a medium downforce setup to aid speed down the straights. This means the drivers are more reliant on mechanical grip to carry speed through the corners, of which there are 21 in total.

• Due to the track’s smooth surface, tyre wear is generally quite low, but traction is key to carrying good speed out of the slow corners and onto the long straights. Drivers must therefore avoid wheelspin to preserve the rear tyres.

• With the practice sessions and race two taking place during the day, but qualifying and race one happening during the evening, teams and drivers will have to quickly get used to a wide variety of different conditions.

• The P Zero Red soft and P Zero Purple supersoft tyres have been nominated for F2 in Abu Dhabi. These are the softest tyres in the range: a combination that was previously used in Monaco and Austria earlier this season.

• In F2, each driver has five sets of slick tyres to use over the weekend: three soft and two supersoft. They also have three sets of wet-weather tyres. During race one, where there is a mandatory pit stop, both compounds have to be used unless it is declared a wet race. Pit stops are optional in race two.

George Russell secured the 2018 Formula 2 title with victory in the feature race, ahead of his move up to Formula 1 with Williams. Russell pitted for soft tyres a lap before rival Nyck de Vries and capitalised on his hot rubber to take the lead when de Vries emerged from the pits on colder tyres. Antonio Fuoco won the sprint race ahead of Lando Norris.

Mario Isola, Pirelli head of F1 and car racing: “Abu Dhabi traditionally marks the end of the Formula 2 season, even though this year we’re looking forward to the prize-giving being in Monaco later in December rather than Abu Dhabi on Sunday night! The Yas Marina circuit is a well-known challenge for the F2 drivers that contains a bit of everything but isn’t especially demanding on the tyres. This means that quite a wide variety of different strategies are possible, with teams potentially able to try out some different approaches in the hope of gaining an advantage. The two races will be run in very different conditions, which also presents another challenge.” 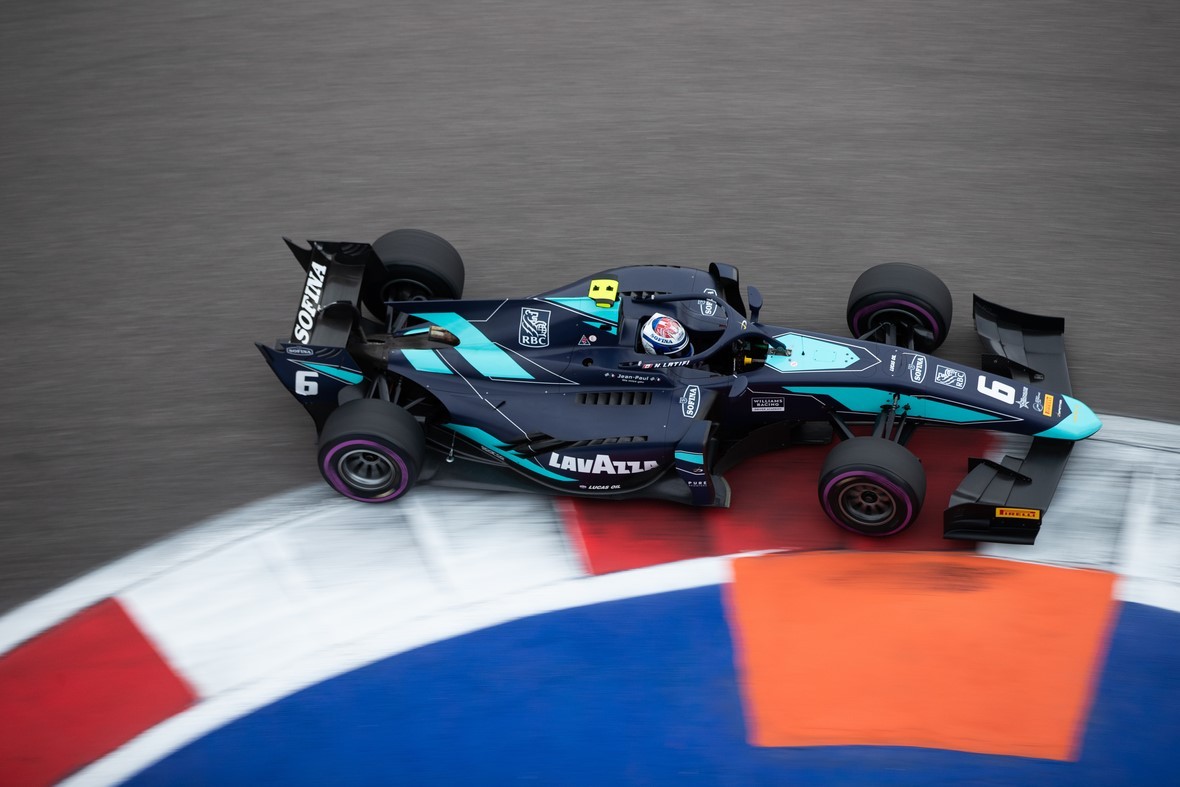