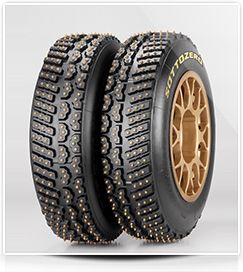 Pirelli will equip a World Rally Car in the WRC for the first time since 2010 when Henning Solberg contests Rally Sweden next week in a privately-run Ford Fiesta RS WRC using the company’s Sottozero Ice tyre. Rally Sweden, based in the city of Karlstad from February 5-8, is round two of the World Rally Championship and one of the toughest tests of the year for any tyre. As well as Solberg, Pirelli will also support a variety of other customers, including several competitors in the feeder WRC 2 category. With a best result of fourth on Rally Sweden, Solberg is one of the country’s established stars – even though he has not competed on a WRC event for 12 months. Solberg said: “I’m really pleased to be on Pirelli and to start this new chapter. I have always had a fantastic feeling with Pirelli tyres. Like many drivers have said, they are very precise tyres that give you a lot of control and I hope they will give me an advantage in Sweden. In all my career I’ve never really been able to do any testing, but with a Pirelli tyre you can jump in the car and be fast straight away. I’ve not driven in a year so I’m a little bit rusty, but I think I have the best tyres here. I’m really looking forward to it.” In order to tackle the specialised stages, which consist of layers of snow and ice on top of fast gravel tracks, drivers will rely on specially studded tyres that bite into the loose surface to generate grip. In total there are 380 studs with Tungsten tips, protruding seven millimetres, which are locked into the tyre (preventing stud loss) in a unique vulcanisation process patented by Pirelli. The tyre comes in 205/65-15 size, so that it can be mounted on the same rim as used for gravel tyres: a compromise between the traditional narrow shape of a snow tyre and the dimensions of the gravel rim. Drivers will face 329 competitive kilometres, over 24 special stages. This brings the Sottozero Ice even closer to Pirelli’s road car tyres, which all benefit from the lessons learned in competition. Unlike Pirelli’s other competition tyres, the Sottozero Ice has to cope with temperatures that often drop as low as minus 30 degrees centigrade. As well as 41-year-old Solberg, Pirelli’s other drivers in Sweden include Lorenzo Bertelli (second in WRC2 on his Monte Carlo debut in a Ford Fiesta R5), Norwegian Anders Grondal (Subaru Impreza), Valeriy Gorban (Mini S2000), Jourdan Serderidis (Ford Fiesta R5), Gianluca Linari (Subaru Impreza), Fabio Frisiero (Peugeot 207 S2000) and Joan Font (Mitsubishi Lancer). The WRC and WRC2 drivers are allowed 24 tyres for the whole rally under the latest regulations, plus four for the shakedown. Only one pattern and compound is allowed for Sweden. Pirelli’s senior tyre engineer Matteo Braga said: “Sweden is only the second rally of our return, with the focus this year being on customer competition, but it’s one of the toughest ones that we face all year. We also see our tyres on a World Rally Car for the first time, with the privately-run Ford of Henning Solberg. After a promising start in Monte Carlo, with a podium result in WRC2 and a win in the production category, we’re hoping for more success in Sweden. The Sottozero Ice tyres have been developed specifically to offer complete control even on the most slippery surfaces, and thanks to our patented production process, the 380 studs remain in place over the entire length of the stage, giving the drivers better consistency of grip and therefore confidence.”