SOTTOZERO STANDS UP WELL TO THE PUNISHMENT OF THE FROZEN NORTH 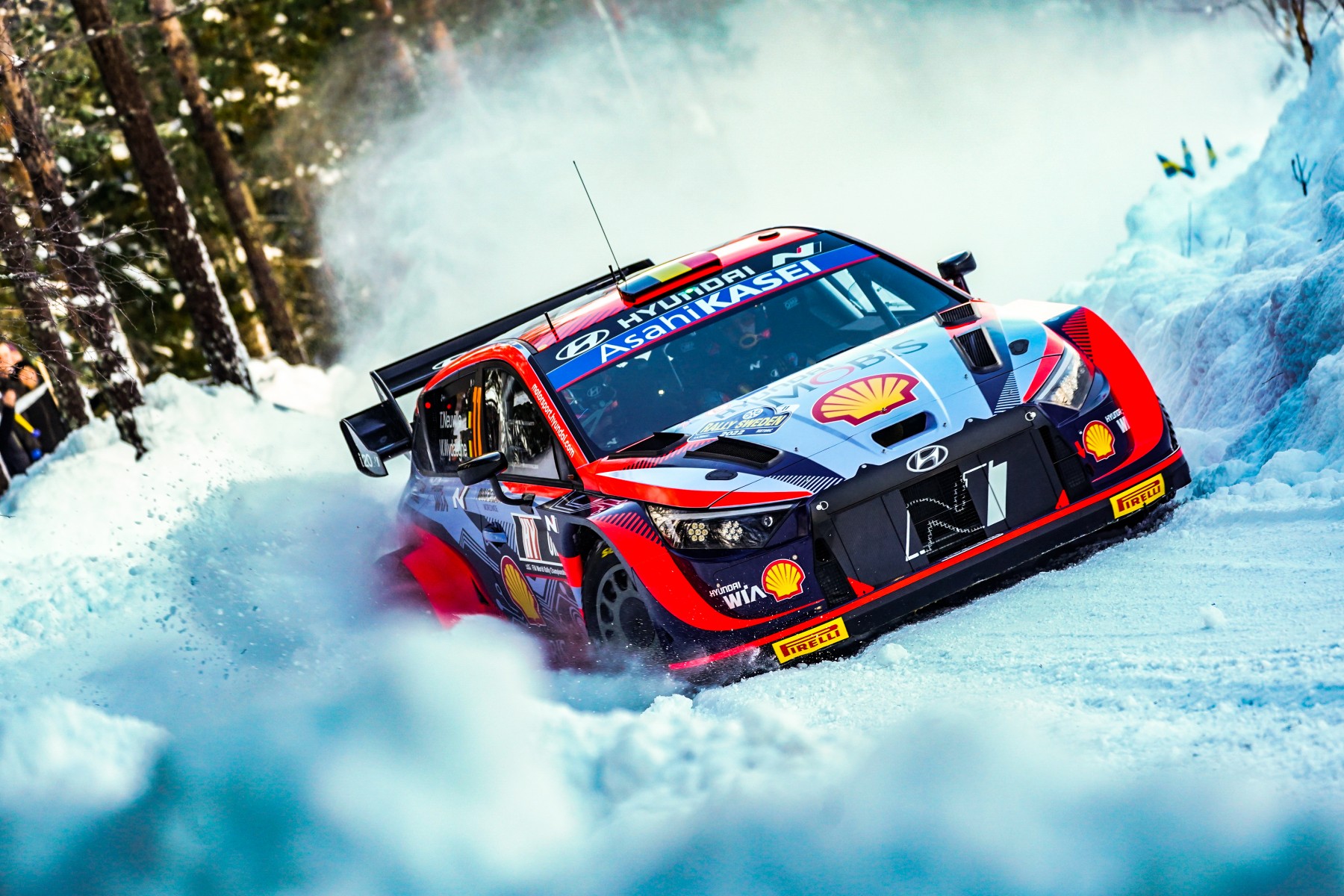 With morning temperatures on the opening day of Rally Sweden dipping down close to minus 10 degrees in places, the new Pirelli Sottozero Ice J1B tyre was a key ingredient in the incredibly close battle at the top, with the leading four drivers separated by less than nine seconds at the end of the first day, which totalled 125 kilometres of competitive action.

This year was the first season that Rally Sweden moved north to Umea, close to the Arctic Circle, after many years further south, in Karlstad. The move was designed to guarantee more of the snow and ice that traditionally characterises the World Rally Championship’s only true winter event – and conditions were suitably icy.

In these conditions, grip is at a premium, and the 384 tungsten-tipped studs that protrude seven millimetres out of every Sottozero Ice J1B tyre did their job. They have two roles: to cut through the snow by biting into the ice that lies below the surface  (generating grip) and to stay anchored firmly into the tyre even when conditions are more gravelly: which can rip out the studs.

On both counts, the new Sottozero Ice J1B – with the structure reinforced compared to last year, in order to cope with the latest generation of World Rally Cars, which are heavier with extra torque – performed excellently.

All the drivers were happy with their tyres and none suffered any significant stud loss: from those opening the road and having to plough through fresh snow, to others further back who had to drive on surfaces that were rougher and more rutted: which was the case for everyone during the second passage through the stages in the afternoon.

Pirelli Rally Activity Manager Terenzio Testoni said: “Today was the longest loop of the entire rally, and I think that tomorrow will look a bit different compared to today. As is always the case with these long loops it’s not the tyre itself that makes the difference but how each driver and individual driving style works with it, especially during the second run. Tyre management is what allowed Neuville to take the lead on the short final stage, and Rovanpera to move up to second.”

Sweden is also the opening round of the Junior WRC (which use the Sottozero Ice WJA tyres) with Finland’s Lauri Joona leading the way on the first event for the series using the four-wheel drive Rally 3 Ford Fiesta. Again, he is just a handful of seconds ahead of the provisional runner-up, underlining the closeness of the action where tyres play a key role.

The first of six stages gets underway tomorrow at 08:57, with service halfway through the day at Umea, in which the drivers can change tyres and receive mechanical assistance.