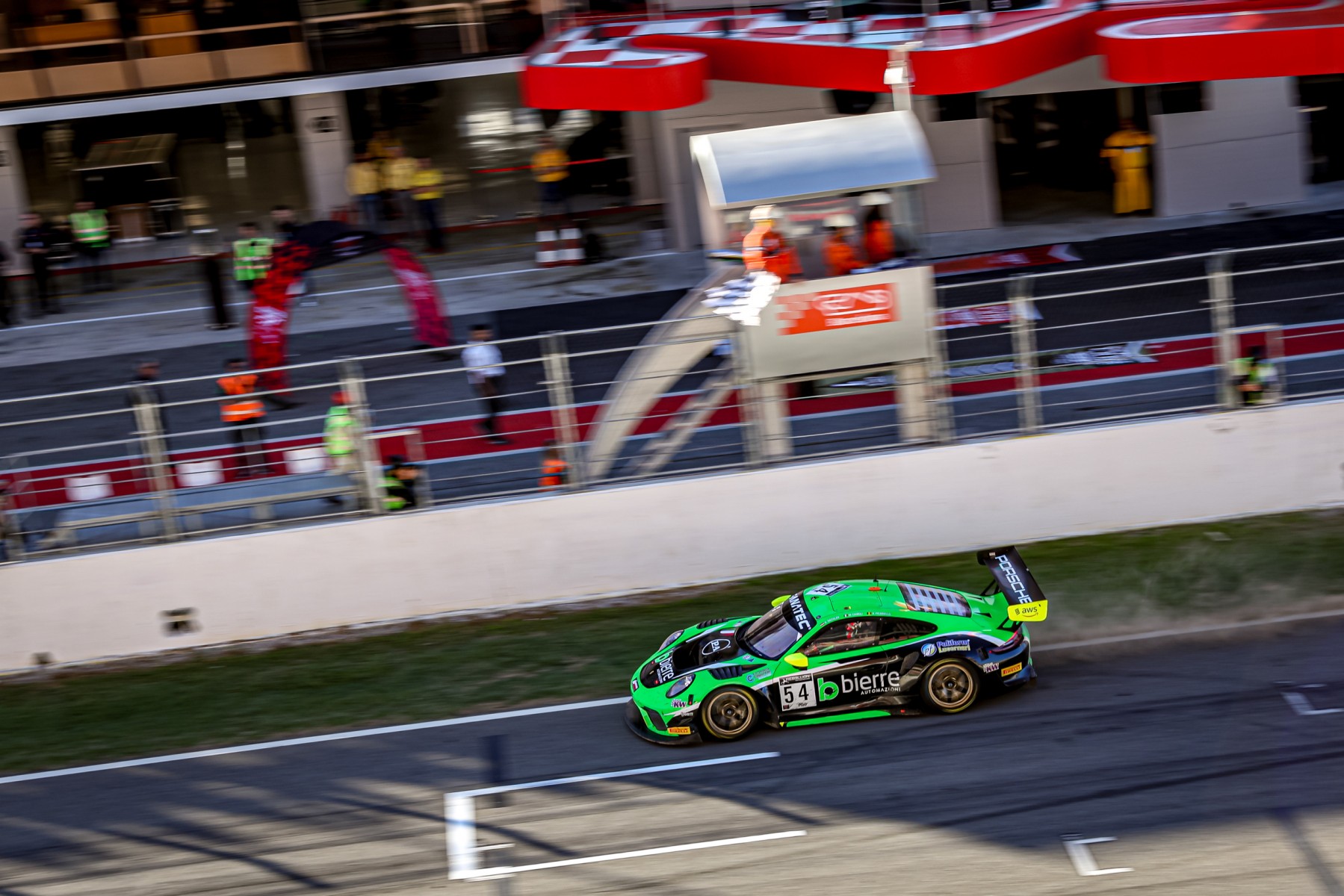 The GT World Challenge Europe season came to a close in Spain this weekend,  with victory for Dinamic Porsche and Alessio Picariello, Klaus Bachler and Matteo Cairoli at the final round of the Endurance Cup at the Circuit de Barcelona-Catalunya.

At the heart of the season-long battle among the eight competing brands and 50 crews, is Pirelli which has been the exclusive tyre supplier for the SRO Motorsport series since 2012.

MATTEO BRAGA, PIRELLI RACING TECHNICAL MANAGER
“The tyres met our expectations in Barcelona: a high-energy track where degradation and tyre management play an important role. This strong performance allowed five brands to fight for the podium places and underlined the validity of the Balance of Performance. That’s been a little bit the story of the whole season, with most of the brands represented having won at least one round each – and all having had their chances. Our new DHF tyre introduced this year represent a significant step from the DHE and we learned a lot that will be filtered into our continued development and evolution. Although the GT World Challenge Europe is now over, the 2022 GT season is far from over for us: we still have the Indianapolis 8 Hour, FIA Motorsport Games and Gulf 12 Hours to come.”

THE PRODUCT
Having replaced the DHE compound at the start of the year, Pirelli brought in the new DHF tyre as its control compound for every car in GT World Challenge this season. A completely re-designed product, it is also more sustainable than its predecessors, with the production of physical prototypes being reduced by almost 20% thanks to extensive use of virtual modelling. It also uses new types of renewable materials, thus lowering the logistical footprint as a result. The DHF is used across the support bill as well, with the GT4 European Series also running these tyres.

1274 - This is the number of laps completed across the Sprint Cup and Endurance Cup races before the final round of the year in Barcelona.

8 - Out of 14 races this season, Team WRT Audi and Akkodis ASP Mercedes have won over half of them – but all the manufacturers have performed strongly over the course of the year.