Tim Gajser and Romain Febvre share victories in the MXGP motos but the Frenchman wins the overall; Jeffrey Herlings is unbeatable in MX2 and extends his lead in the championship 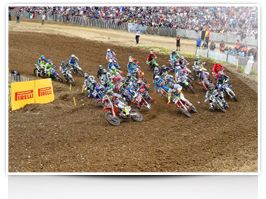 An incredible crowd packed the hill in front of the St. Jean d'Angely circuit, France, for the tenth round of the 2016 FIM Motocross World Championship. The historic track is formed from hard and stony soil that ruts-up deep during the races putting a strain on bikes and riders. The athletes were able to count on the great performance of SCORPION™ MX32™; the tyres that allowed Pirelli to grab the top spot in both classes in France and for the tenth time out of ten races so far. There was a great show in the MXGP class with a tight battle between Tim Gajser and Romain Febvre. In the end the Frenchman triumphed perfectly assisted by a SCORPION™ MX32™ PRO 80/100-21 front and SCORPION™ MX32™ 110/90-19 rear and by winning the second moto to celebrate in front of his home crowd. Tim Gajser preferred the SCORPION™ MX32™ 120/90-19 rear in St. Jean d'Angely and settled for the runner-up slot in 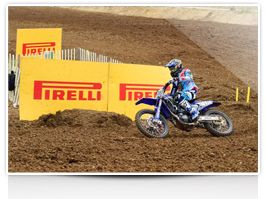 the second moto but remains firmly in the lead of the championship by 24 points over Febvre. Bad luck for Antonio Cairoli who, with the same Pirelli tyres as the winner, after a good third position in the first race was forced to into a hard comeback in the second due to a crash at the start. The eight-time world champion ended the day in fourth overall. Sixth belonged to Glenn Coldenhoff, who is finally recovering after some small injuries that have slowed him down in the previous rounds. Jeffrey Herlings is still the great dominator of the MX2 class and won again by claiming both races. The Dutchman, equipped by SCORPION™ MX32™ 110/90-19 rear and the SCORPION™ MX32™ 80/100-21 front, won for the tenth consecutive time this season and he is leading the standings by 134 points over Jeremy Seewer. After a pair of races away from the podium, the Swiss managed to claim third place in France, consolidating second spot in the championship. Pauls Jonass rode strongly to fourth, Dylan Ferrandis fifth and Aleksndr Tonkov in sixth, which confirmed an excellent day for Pirelli riders also in the MX2 division. After a weekend break the FIM Motocross World Championship will resume with the eleventh round of the season which will be hosted on the British track of Matterley Basin. 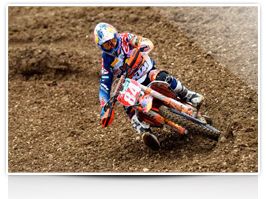