The 2016 MOTUL FIM World Superbike Championship ended in Qatar: the Pirelli analysis at the end of the season

With the win in Race 2 as well for Chaz Davies astride his Ducati and Kyle Smith's victory with Honda in WorldSSP, the Championship for factory derivative bikes came to an end, the thirteenth with the long "P" brand as Official Sole tyre Supplier for all the categories

Ducati rider Chaz Davies and Kyle Smith are, respectively in the WorldSBK and WorldSSP categories, the final winners of the Pirelli Best Lap Award 2016, the award given to the riders who have achieved the race fast lap most times during the year

Today in Doha, under the starry Qatar sky, the 2016 MOTUL FIM World Superbike Championship season came to an end. The dominating manufacturer was undoubtedly Kawasaki: the Akashi-based manufacturer, in fact, won both the Manufacturer Title in WorldSBK and in WorldSSP, thanks in part to the victories that riders Jonathan Rea (Kawasaki Racing Team) and Kenan Sofuoglu (Kawasaki Puccetti Racing) brought home during the season.

As for race day on Sunday, Chaz Davies (Aruba.it Racing – Ducati) made it a double win for the last WorldSBK race of the year and Kyle Smith (CIA Landlord Insurance Honda) won the last WorldSSP race. At the end of the day the 2016 Pirelli Best Lap Awards were also presented, the awards that the tyre manufacturer gives the WorldSBK and WorldSSP riders who achieved the most fast laps in the races during the season. Receiving them this year were Chaz Davies (Aruba.it Racing – Ducati) in Superbike with 10 fast laps out of a total of 26 races and Kyle Smith (CIA Landlord Insurance Honda) in Supersport with 4 fast laps out of 12 races. 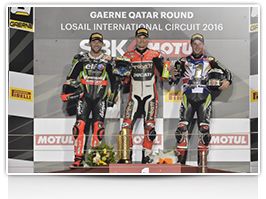 It is time for Pirelli to draw up the totals, finishing out the thirteenth consecutive season as Official Sole Tyre Supplier for all the categories in the FIM World Superbike Championship. This is an absolute record in the two and four wheel motorsports world that will increase even further since the Pirelli supplier contract is valid through the 2018 season. Once again, Pirelli has done significant development work this year. In fact, let's not forget that for Pirelli, the FIM World Superbike Championship does not simply represent a showcase for the brand, but it is also a proper laboratory and testing field to try out new technical solutions. In fact, every year, in addition to the standard solutions that are available for purchase by any biker all over the world, the Italian tyre manufacturer takes various development solutions to the races for both the Superbike and the Supersport categories. At the end of every season, the development solutions that demonstrate improved performance compared with the corresponding standard solutions are promoted to become the new standard solutions. This way, every year, Pirelli is able to provide the riders in World Superbike and in the national Championships and, most importantly, all riders who can purchase the racing range products on the market, tyres that are always cutting-edge and constantly updated with the latest technologies, tested by some of the best riders in the world. During 2016, Pirelli's development operations were focused mainly on the DIABLO™ Superbike range front tyre. Already able to count on a new and efficient solution in hard SC3 compound developed thanks to participation in the FIM Endurance World Championship, as well as the medium SC2 compound, already quite popular with many riders, including World Champion, Jonathan Rea, the brand with the long "P" focused efforts on improving the SC1 compound standard solution, in other words, the softest front tyre. The objective was achieved with the introduction of the new U0176 solution beginning from the Assen round. This solution managed to guarantee the grip that the SC1 had historically provided, with the addition of characteristics such as stability and protection against cold tearing that had historically been characteristics of the standard SC2 tyre. Now, as had already been done in the past for the rear, the front DIABLO™ Superbike range has achieved optimum performance with all of the available compounds and it is definitely a point of reference in the market. 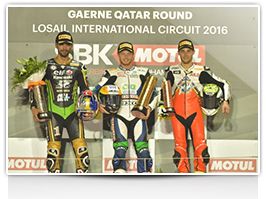 Coming back to the race weekend, in Race 2, Nicky Hayden (Honda World Superbike Team) was forced to start from pit lane as he had already gone through all the engines allowed by the rules. Even before the start, the race had also already lost another potential protagonist, Davide Giugliano (Aruba.it Racing – Ducati), who decided not to take part in Race 2 due to a physical problem. At the start, Jonathan Rea (Kawasaki Racing Team) started lightning fast from pole position, but by the end of the first lap, Chaz Davies (Aruba.it Racing – Ducati) had already overtaken him and, under pressure, he went long on a turn, losing several positions. Behind the Ducati rider, Tom Sykes (Kawasaki Racing Team) gave chase ahead of Sylvain Guintoli (Pata Yamaha Official WorldSBK Team). During the seventh lap the upset came: Al Sulaiti's bike caught fire, forcing the marshals to red flag the race. 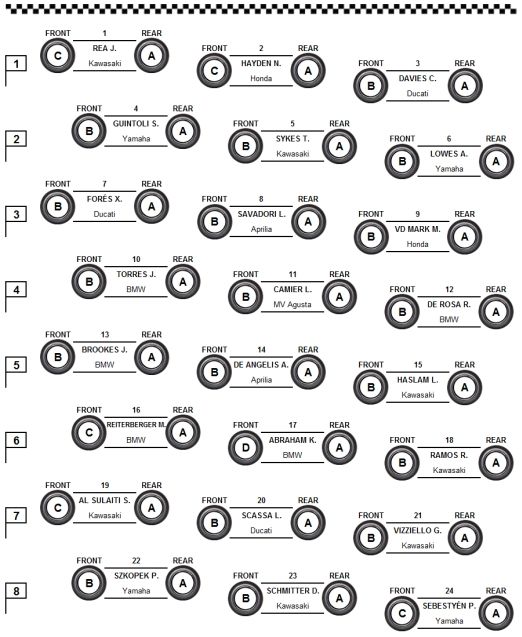 At the restart there were ten laps to race. Davies remained in the lead, followed once again by Tom Sykes in second and Leon Haslam (Pedercini Racing) in third. Before the end of the second lap, however, the latter had already yielded his position to Jonathan Rea. During the fourth lap, Rea began to be a threat to his teammate, Tom Sykes, overtaking him a lap later to move into second place. This pass temporarily clinched second place in the final overall Championship standings for Chaz Davies. But Sykes was not going to settle, and so on the final straight before the chequered flag, he managed to overtake his teammate and finish second, a placement that allowed him to maintain his second place in the overall rider standings. The race win and a well-deserved third place in the Rider World Championship went to Chaz Davies, finishing first to bring home a double win for Ducati, the fifth this year, after a surprising season finale with no less than seven consecutive wins. Race 2 standings: 1) Chaz Davies (Aruba.it Racing – Ducati) 2) Tom Sykes (Kawasaki Racing Team) 3) Jonathan Rea (Kawasaki Racing Team) 4) Sylvain Guintoli (Pata Yamaha Official WorldSBK Team) 5) Leon Haslam (Pedercini Racing) 6) Jordi Torres (Althea BMW Racing Team) 7) Nicky Hayden (Honda World Superbike Team) 8 ) Xavi Forés (Barni Racing Team) 9) Raffaele De Rosa (Althea BMW Racing Team) 10) Alex Lowes (Pata Yamaha Official WorldSBK Team) … At 7:15 PM local time, the last race of the FIM Supersport World Championship season took place with fifteen laps to race. Newly crowned World Champion, Kenan Sofuoglu (Kawasaki Puccetti Racing) started from the second spot on the grid, since the pole position had gone to Luke Stapleford (Profile Racing). Unfortunately, however, the Triumph riding Brit's dreams were shattered before the end of the first lap by a crash that also involved Xavier Pinsach. In the meantime, Alex Baldolini (Race Department ATK#25) moved temporarily into the lead before yielding the top spot to Kyle Smith (CIA Landlord Insurance Honda) as early as the second lap. In the meantime, Kenan Sofuoglu began to be a threat, rearing his head and moving into second place ahead of Jules Cluzel (MV Agusta Reparto Corse). 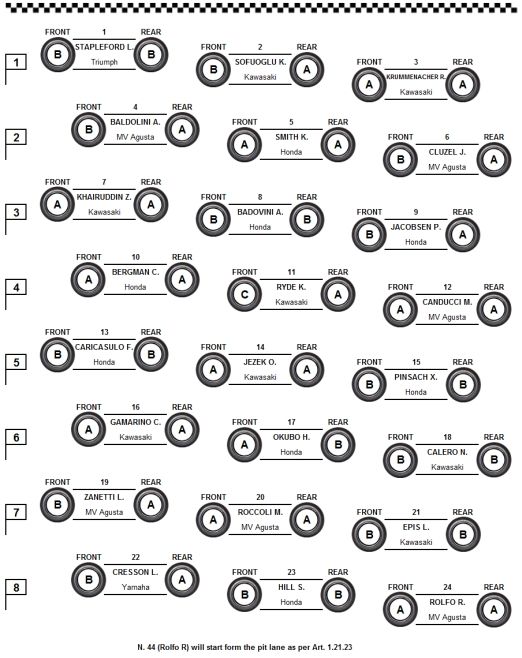 The 2016 MOTUL FIM World Superbike Championship ended in Qatar: the Pirelli analysis at the end of the season
Newsroom