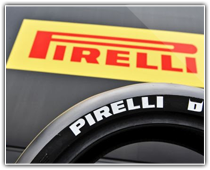 2016 will be another year in which Pirelli will be the undisputed star of the most important national and international motorcycle competitions. From Phillip Island to the desert sands and US stadiums, via some of the most fascinating locations and tracks in the world: the iconic brand will be participating in 110 motorcycle championships over five continents: 34 of these as sole tyre supplier and 76 in ‘open’ competition with other tyre manufacturers. Among the most important are the Superbike, Motocross and Endurance World Championships, AMA Supercross Championship and MCE British Superbike, as well as numerous national and local championships, both on and off-road. Pirelli has been involved in these for several years, true to the strong sporting spirit which has always been a distinguishing characteristic of the company. The most important change for 2016 is Pirelli's introduction of a new compound to the DIABLO™ Superbike slick range of tyres. This is used in both World Superbike and available for the Superbike classes of national championships and road racing competitions. The new SC3 solution, available for the front and rear, adds to the existing range as the hardest of the available compounds and has been specifically developed for endurance races and situations where good resistance and lasting performance are needed. This means that as well as being used in the FIM Endurance World Championship, this compound could also occasionally appear in action at the MOTUL FIM Superbike World Championship, but only as a front option, given the length of the race. Such a hard, resistant compound would be unsuitable for the rear wheel and unlikely to be chosen by riders completing relatively few kilometres at maximum performance.