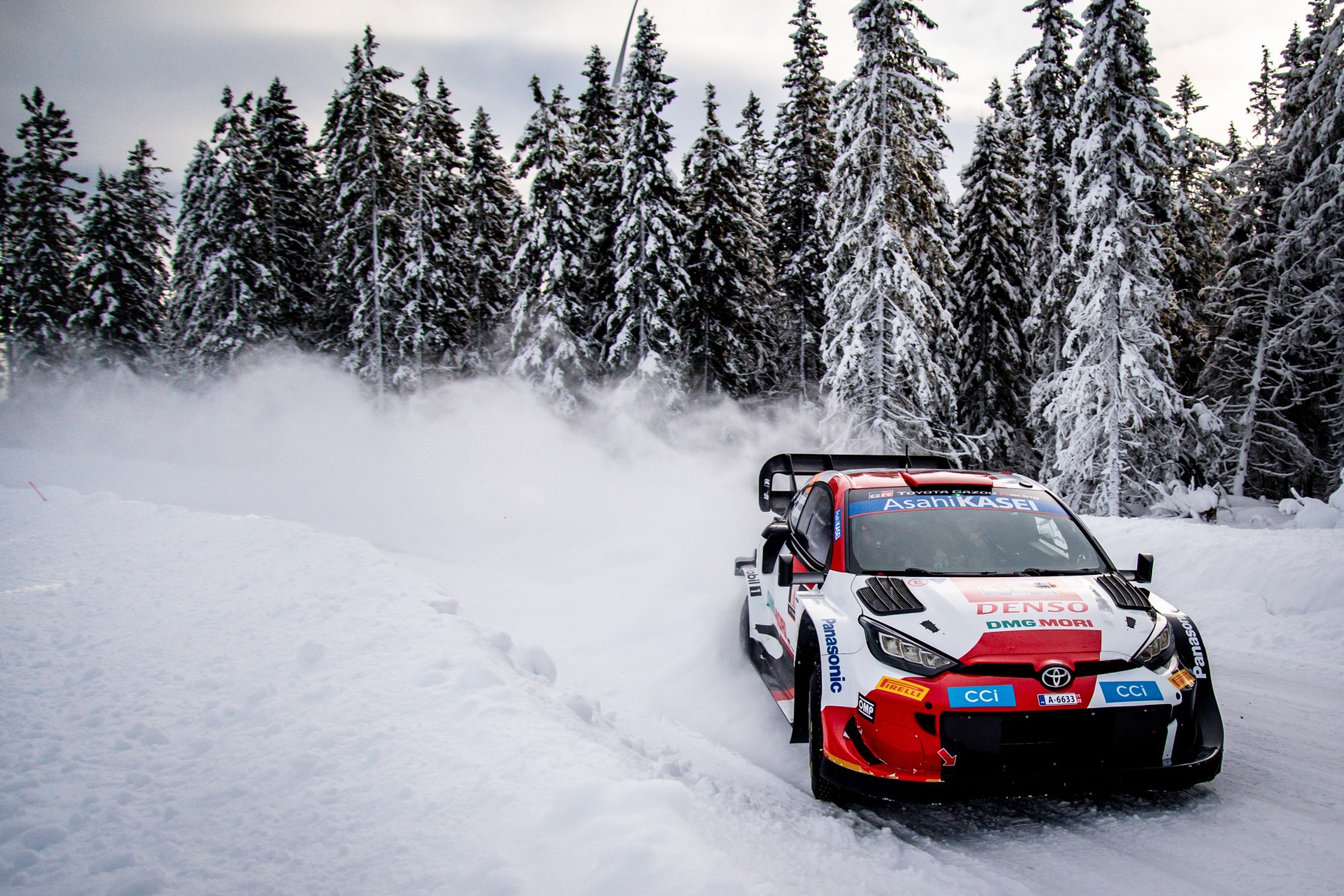 The second day of Rally Sweden ended with 21-year-old Toyota driver Kalle Rovanpera (who first made his debut in a World Rally Car with Pirelli at the 2017 Bologna Motor Show) holding a slender provisional lead on Saturday night.

But the battle is far from over, with the top four drivers still separated by only 25 seconds heading into the final day, which consists of just three stages and 56 kilometres.

Taking place around Umea for the first time, close to the Arctic Circle, the drivers faced classic winter conditions on today’s Rally Sweden itinerary, with six stages that were covered in full snow, allowing the Pirelli Sottozero Ice J1B tyre to work at its best. There were also fewer of the long road sections seen yesterday, helping to make sure that all the Italian tyres retained their 384 tungsten-tipped studs, and making tyre management less of an issue.

As a result, the drivers were able to push flat-out from the start, with the podium positions constantly changing throughout the day. Rovanpera claimed the lead on the opening stage of the leg but only pulled out an overall advantage that was bigger than four seconds on the penultimate stage, when he went 4.5 seconds faster than anyone else to lead a Toyota one-two overnight.

Pirelli Rally Activity Manager Terenzio Testoni said: “The stages today were held in proper winter conditions and so there were no real surprises: everything went as we expected and we had high average speeds on the stages, as we saw yesterday too. We’ve been quite pleased with the performance of the new Sottozero tyres here, even though we can only draw a real conclusion once the rally is over tomorrow. We’re expecting similar conditions on Sunday to today: plenty of ice with no exposed gravel.”

The battle in the Junior WRC (which use the Sottozero Ice WJA tyres for Rally 3 cars) was even closer, with the top two competitors heading into the final superspecial stage separated by less than a second.