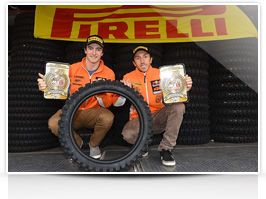 After securing his sixth world title with one round remaining, Antonio Cairoli was yet again unstoppable with the Pirelli Scorpion MX to win the Grand Prix of Germany and the sixteenth and final round of the 2012 season. Using the full potential of the Scorpion MX MidSoft 32 that was ideal for the hard but slick German terrain – and in spite of an injured hand sustained in qualification on Saturday – the factory KTM rider controlled both motos to mark his seventh consecutive success in front of German and brand-mate Ken Roczen who had won the 2011 MX2 world title with Pirelli tyres. The premier class podium was completed by 2012 runner-up Clement Desalle who grabbed the final step of the rostrum ahead of another German, Max Nagl. 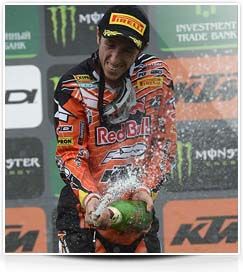 Victory was sweet in MX2 thanks to the dominance of Tommy Searle who gained a small piece of revenge against title rival and KTM’s Jeffrey Herlings; the Dutchman’s triumph in the previous meeting had decided the fate of the MX2 crown after their season-long duel. The English Kawasaki rider, using Scorpion MX MidSoft 32 front and rear and with 120/80 dimensions, beat Yamaha duo Zach Osborne and Arnaud Tonus. Herlings didn’t make the podium due to a technical problem in the first moto and partially reversed his bad luck with a lonely ride to second spot in the second race. 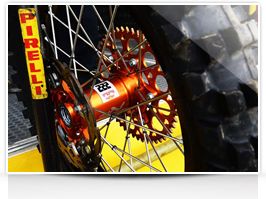 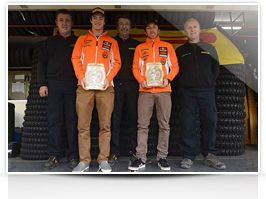 “It has been another outstanding season for Pirelli,” said Giovanni Gatti, Pirelli Racing Service Manager. We racked-up our 58th world title but also claimed five places in the top group of the MX1 class and six of the first seven in MX2 supported by tyres that were able to make the difference in all types of terrain and conditions.”