The first fifty years of a legend 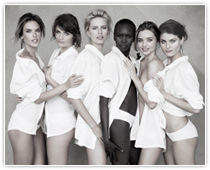 Fifty years after Swinging London, the star of Terence Donovan’s photos in 1963, and Steve McCurry’s 2013 issue featuring clothed beauties famed for their charitable work and contributions, the Calendar prepares to celebrate its 50th anniversary through the lenses of fashion photographers Patrick Demarchelier and Peter Lindbergh. Two photographers of worldwide fame combine two different styles in these celebratory 50th-anniversary photos of the legendary Cal. The two photographers each worked with six top models of different age and nationality who have had a diverse effect on the history of fashion, from forty-year-old Helena Christenstein to her colleagues Alessandra Ambrosio, Karolìna Kurkovà, Alek Wek, Isabeli Fontana and Miranda Kerr. 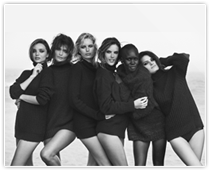 The first fifty years of a legend
Newsroom