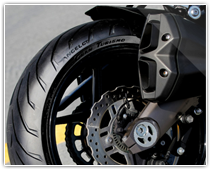 The new Angel GT comes first in comparative tests organised by the French magazines Moto Journal and Moto Magazine and the German Motorrad and PS Das Sport-Motorrad Magazin. Already certified by the independent Motorrad TestCenter as the tyre delivering the highest mileage in the Sport Touring segment, Angel GT continues to delight its designers and the Milan company’s research and development team. Introduced to the market by Pirelli in April, the sport touring tyre has swept the board by winning all four comparative tests for this segment conducted so far in 2013. Pirelli engineers have managed to obtain a benchmark mileage for the segment along with performance characteristics of a sports product, features such as little degradation as mileage increases right up to the end of the product life cycle. 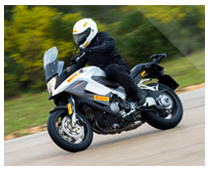 Angel GT is therefore the sport touring tyre that best expresses Pirelli’s inherent capabilities in terms of performance, which remains high throughout the life of the tyre. Pirelli’s trademark sporting characteristics are also there along with first-rate performance in the wet following an in-depth study of compounds and tread groove geometry and positioning.