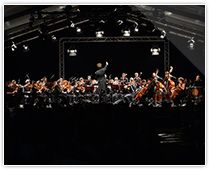 With the 2014 edition of MITO Festival SettembreMusica, Pirelli returns to host a concert at the Settimo Torinese plant. After the successes of 2010 and 2011, this year was the turn of the Turin Philharmonic Orchestra, conducted by Micha Hamel, to perform Beethoven’s Symphony No. 1 in C major Opus 21 and Symphony No. 7 in A major Opus 92 in front of 1,000 people. Since 2007, this initiative of Settimo Torinese is part of Pirell’s commitment to support the MITO Festival, its Turin edition and the “MITO per la Città di Torino” programme. It underlines the tight bond the company has always had with the environment where its industrial plants are. “We have chosen Beethoven because his music represents at the best, the union of concreteness and innovation typical of modern factories" said Antonio Calabrò, Pirelli Cultura. 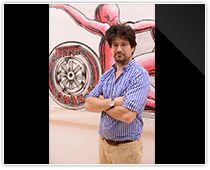 The concert at the plant confirms, in fact, the link between workplace and culture, harking back to a European and Italian tradition and resuming the industry’s role. The Settimo Torinese plant shows how much the factory has changed and grown, thanks to the most advanced technology. Listening to music may help us understand the profundity of the changes underway.