The World Superbike Championship comes to a close 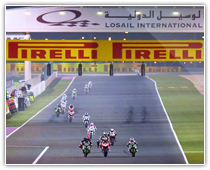 The Losail International circuit hosted the last round of the eni FIM World Superbike Championship season. With this round Pirelli concluded its twelfth season as the World Superbike Championship Official Sole Supplier. The 2015 season saw the clear superiority of Kawasaki and its riders, not only in Superbike but also in Supersport. In Qatar, it was the Aprilia riders who triumphed, Jordi Torres in Race 1 and Leon Haslam in Race 2, whereas Chaz Davies astride his Ducati, with a second place finish in Race 2, finished his Championship season in second place overall behind World Champion Jonathan Rea (Kawasaki Racing Team), but ahead of the other Kawasaki rider, Tom Sykes. In Supersport the race win went to Kyle Smith on his Honda but Kawasaki, after winning the Manufacturer Championship title in Superbike, managed to accomplish the same feat in the Supersport category as well. 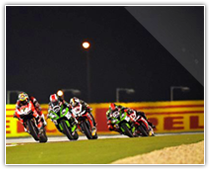 Pirelli's sights are already set on the next year of the World Championship for factory derivative bikes. Pirelli SBK® Track Days will be repeated on even more tracks to continue to give a chance to experience the excitement of the World Superbike Championship from an even closer perspective. As for tyre development, Pirelli confirms that all the standard solutions seen in action this year will also be confirmed for 2016 since they demonstrated excellent performance. The range will be expanded with the addition, both on the front and on the rear, of endurance derived SC3 compound solutions which therefore have greater resistance to wear. These solutions could prove to be useful on particularly abrasive circuits which lead to quicker tyre wear.

The World Superbike Championship comes to a close
Newsroom