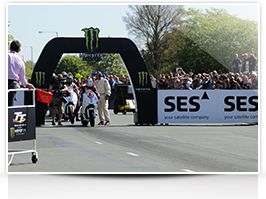 Pirelli wins the TT Zero for the third year in a row thanks to the excellent team work of Michael Rutter and the entire Segway Racing MotoCzysz squad. In the saddle of his electric Motoczysz E1pc bike equipped with the new Pirelli Diablo Superbike 17-inch tyres, the 41-year-old English rider known as “The Blade”, crossed the finishing line first, 1.672 seconds ahead of John McGuinness on the Dunlop equipped Mugen Shinden-Ni, followed in third place by Rob Barber over 4 minutes behind. The TT Zero is a motorcycle race first organised in 2010 and held every year during the Tourist Trophy. The TT Zero race is only open to prototype racing bikes with a technical concept envisaging fossil-free fuel propulsion, and zero toxic or harmful emissions. Specifically, thanks to the performance of the new 17-inch Pirelli Diablo Superbike tyres, Michael Rutter really hit the throttle in the last lap, registering a record time of 20:38:461, covering the 37.73 miles at an average speed of 109.675 mph. Last year, Rutter had already triumphed against McGuinness, breaking the 100 mile-per-hour record touching averages of 104.056 mph, this year the result was no different but the times achieved are a clear sign of the progress made by the team. 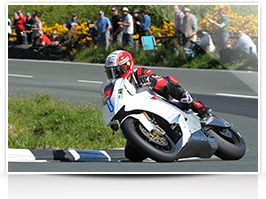 This, the latest in a long line of successes, consolidated and reinforced the strong relationship of trust and collaboration, for over four years, created between Pirelli, the West-Midlands driver, and the team from Portland.