Tim Gajser wins his MXGP debut, Jeffrey Herlings back to victory in MX2

As is the norm since 2013 the FIM Motocross World Championship was launched with a night race in Qatar. On this occasion the track, constructed alongside the Losail road race asphalt, presented a demanding terrain with a deep watered surface and medium-soft dirt. In tricky conditions the riders equipped by Pirelli tyres were able to manage excellent results in each class. It was an amazing evening for Tim Gajser who has grabbed Grand Prix victory in MXGP class. The Slovenian, in his debut on the CRF450RW and equipped by Pirelli SCORPION™ MX32™ 80/100-21 front and 120/90-19 rear, won both races and leads the championship standings with a perfect score. Second place went to defending champion Romain Febvre, who preferred the SCORPION™ MX32™ 110/90-19 on the rear but paid for the slight delay in his preparation for season by the arm injury suffered in the Italian 'Internazionali' Championship. Jeremy Van Horebeek was fourth overall ahead of Antonio Cairoli that, despite a long break for an injury to his ribs, rode safely showing good pace. 15 riders of the 21 of the MXGP class relied on Pirelli tyres at Losail. Pirelli dominated the MX2 class and has monopolized the first four positions of the standings. Jeffrey Herlings, who used the SCORPION™ MX32™ 80/100-21 front and 110/90-19 rear, won both motos and was able to leave behind a strong Dylan Ferrandis. Following the French was Pauls Jonass, fast and careful not to make mistakes. Rounding out an excellent Pirelli day in MX2 came Jeremy Seewer with fourth place overall. Even in the MX2 class Pirelli was the tyre chosen by most of the riders with 14 equipped out of the 23 in the gate. Next weekend MXGP will head to the new Suphan Buri track in Thailand for round two. Race results: 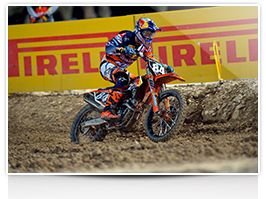 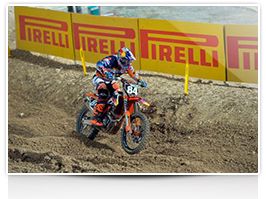 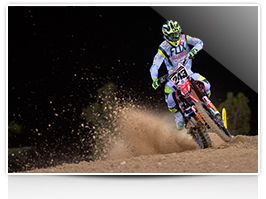