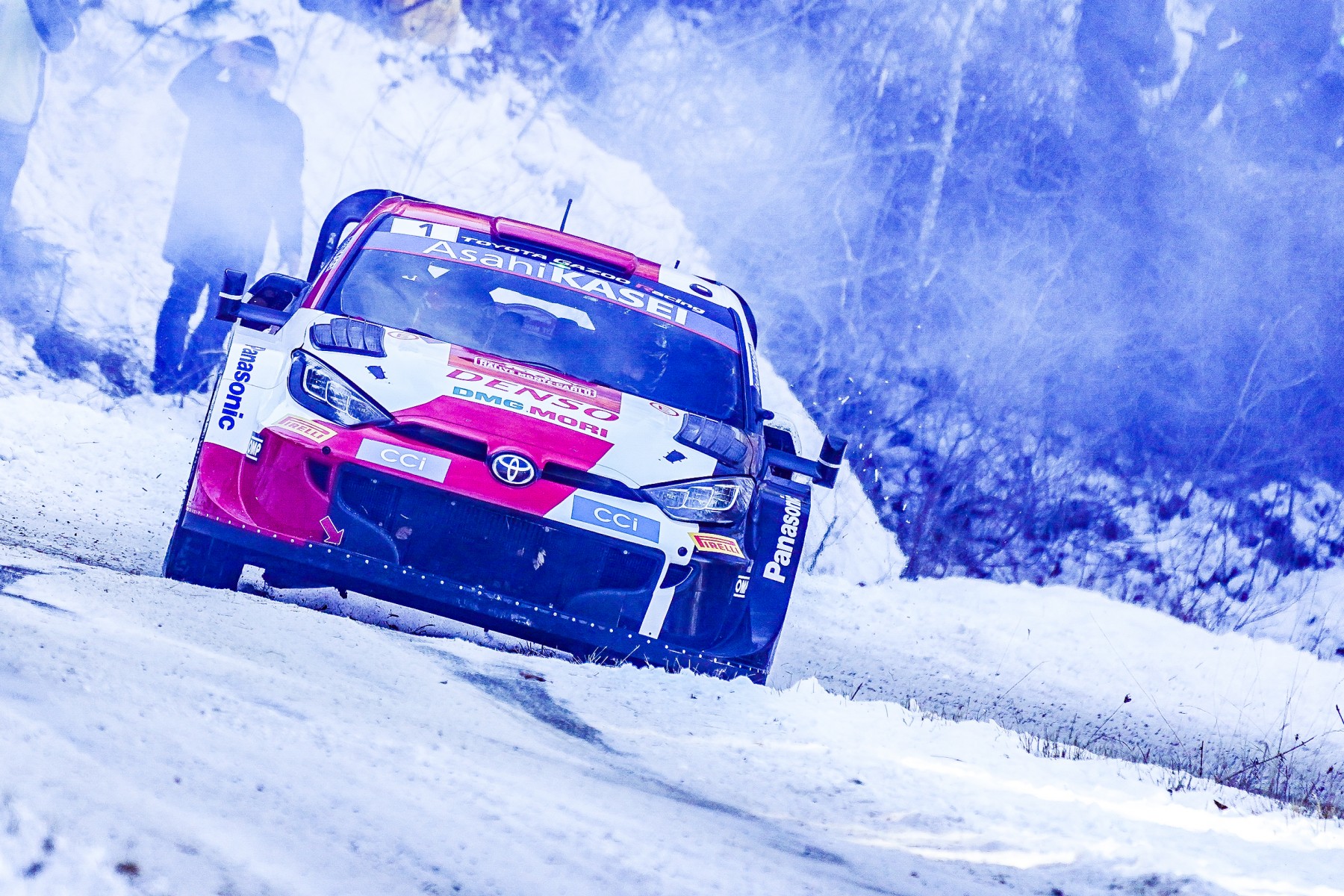 Saturday’s five stages of Rallye Monte-Carlo provided the most challenging day of the entire event, with the 20-kilometre Saint Geniez-Thoard stage (run twice) being covered with ice and snow at the top – in contrast to the rest of the route, which was largely dry.

As a result, the tyre choice centred around that key stage, with big gains and losses to be potentially made. After the stage was run for the first time this morning, it was clear that the studded Sottozero snow tyres would be the ideal choice.

However, although both Sebastien Ogier and Sebastien Loeb – fighting for the lead of the rally – had selected them at the midday tyre change at Digne les Bains (with no full service halt at midday once more) neither driver used them over the final run through the stage in the afternoon.

This was partly down to individual strategy and partly down to tactics, with the leading duo influenced by each other. As a result, both of the leaders struggled for grip on the snow and ice, with Toyota driver Ogier eventually ending the day 21.1 seconds ahead of Loeb’s M-Sport Ford Puma in the overall classification.

The afternoon run over Saint Geniez-Thoard was won by Toyota driver Kalle Rovanpera, who used the studded Sottozero tyres: underlining how this was the correct choice. On a day that showcased a wide variety of conditions, all the available tyres – from P Zero soft to supersoft to Sottozero – were used. As usual on the Monte Carlo Rally though, choosing the right tyres at the right time and finding the best compromise for an overall loop of stages was key.

The drivers who got this delicate equation right were able to make big gains in the overall classification, with M-Sport’s Craig Breen and Toyota’s Kalle Rovanpera climbing to third and fourth overnight, also thanks to the misfortunes of others who were caught out by the tricky conditions. There were new leaders in WRC2 and WRC3 as well, with Andreas Mikkelsen (Skoda) and reigning Junior WRC champion Sami Pajari (Ford) claiming the lead in their respective categories.

Pirelli Rally Activity Manager Terenzio Testoni commented: “Tyre strategy was central to the action today, especially on that critical stage near Sisteron: the only one of the rally that was heavily affected by snow and ice at the top of the Col. Both of the drivers fighting for the lead made surprising choices, which shows also how strategy is often influenced by the decisions made by other people: part of the game everywhere, but especially on Rallye Monte-Carlo. Today was the most challenging day of the rally, but the remaining 67 competitive kilometres tomorrow won’t be easy either, so there is still plenty of scope for surprises tomorrow, with no margin for error.”

The action resumes with SS14 at 08:45: the first of four stages on the final day of the 90th Rallye Monte-Carlo, before the finish outside Monaco’s famous royal palace at around 14:30.