Thanks to the success in Race 1 Tom Sykes still leads the overall ranking, Race 2 goes to Aprilia rider Laverty who grabs second place in the overall standings Sylvain Guintoli beats the record of the track signed in 2007 by Ben Spies in AMA Superbike 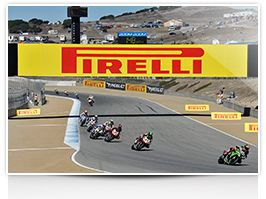 On the weekend just gone Pirelli has once again given proof of the excellent work carried out this year in the eni FIM Superbike World Championship. On Friday the first satisfactions: the Michael Jordan Motorsports team with riders Roger Lee Hayden and Danny Eslick, who normally compete in the AMA Superbike without Pirelli tyres, decided not to attend the AMA race at Laguna Seca to compete as wild cards in the World Superbike. They quickly adapted to the 17-inch Diablo Superbike tyres gradually improving lap times through to Saturday when Eslick, in Superpole, set a 1'23.730 that he had never achieved before on this track. Not only that, in Race 2 Roger Lee Hayden was ranked eighth setting the fastest lap in 1'24.245 and running faster than Josh Hayes, who won the AMA Superbike race, and made ​​his best lap in 1'24.335. In practice, if Hayden had competed in the AMA Superbike with Pirelli tyres would have won the race. All this using just standard Diablo Superbike tyres available on the market and which any motorcyclist can buy. 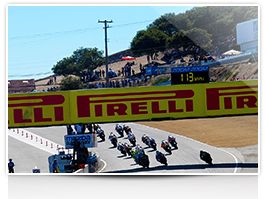 Other satisfaction have been taken by Pirelli with Sylvain Guintoli who in setting a 1'22.683 Superpole lap broke the track record established in 2007 by Ben Spies in the AMA Superbike - 1'23.104 - improving this pace by almost half a second. This as further evidence of the progresses made ​​by the Milanese tyre company, strengthened also by the win, obtained today, of the French Superbike Championship with Gregory Leblanc and Team Kawasaki SRC. Regarding the two races of the weekend, the performance of Tom Sykes (Kawasaki Racing Team) who won Race 1 ahead of Chaz Davies (BMW Motorrad GoldBet SBK ) and Eugene Laverty (Aprilia Racing Team) was ecellent. The latter, however, was good to realize in Race 2, achieving the highest step of the podium followed by Davide Giugliano (Althea Racing) and Marco Melandri (BMW Motorrad GoldBet SBK). In general, took turns on the podium all the eligible candidates winners of the 2013 Championship, with Kawasaki, Aprilia and BMW manufactures contending for the podium. In the overall riders standings Tom Sykes, thanks to the success in Race 1, remains the leader with 361 points with an advantage of 23 points on Eugene Laverty, who bypassed his teammate Sylvain Guintoli by 1 point. Closer and closer to victory in the Manufacturers Championship is the Aprilia company from Noale which now has a lead of 45 points over Kawasaki. 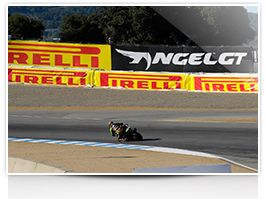 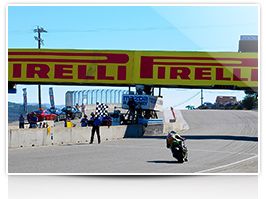 The Pirelli solutions chosen by the riders: For the U.S. round riders had at their disposal only standard Diablo Superbike tyres, respectively in SC0 and SC1 compounds for the rear and SC1 and SC2 for the front. With rather high track temperatures, for the rear riders have unanimously chosen both on Saturday as well as on Sunday the standard SC0 (R1261), the softest solution of the range which debuted at Monza with the reinforced central area and has been used at Donington, Portimão, Imola and Nürburgring with success. This slick solution has a soft compound, ideal for tackling smooth asphalt and high temperatures. It offers, in fact, maximum tread contact on smooth asphalt and maximum traction development at high temperatures as well as higher resistance to thermal performance decay. It’s a tyre really appreciated by the riders due to the excellent grip that is able to offer and is ideal for tackling smooth asphalt and high temperatures ensuring a higher resistance to thermal performance decay. On the front, as often happens, the riders divided their preferences between the standard SC1 and SC2 solutions with a strong prevalence for the SC2 (R982), the hardest among those in range excellent for high temperatures because it guarantees solidity on the tread band, for that reason is usually the preferred one by riders who have a more aggressive riding style. 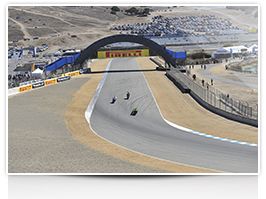 At rider’s disposal during the Superpole of Saturday, as always there was the qualifier tyre (R754) in supersoft compound with which the riders have set amazing times. Every rider has available two qualifying tyres, this amount is not accidental: having to make 3 Superpole sessions, teams and riders are forced to schedule the use of the Superpole tyres deciding whether to exploit them, if immediately in the first two Superpole sessions to try to get in the third or if, otherwise, make a first session with standard tyre keeping the two qualifiers for the last two sessions. Pirelli Best Lap Award: 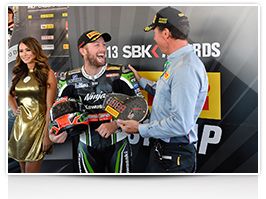 The “Pirelli Best Lap Award” is awarded by Pirelli to the rider who sets the fastest race lap. This recognition is presented by a Pirelli representative during the Paddock Show in a press conference which follows the podium at the end of races 1 and 2 for the Superbike class and at the end of the Supersport race, for a total of three awards each weekend. The time set by the fastest rider is indicated and can be seen in the trophy which is in the shape of a motorcycle instrument panel this year. At Istanbul the awards were presented by Pirelli Moto Racing Director Giorgio Barbier and by Pirelli Tire NAFTA Director of Marketing & Key Accounts Chris Wall. The Superbike and Supersport rider who has earned the most “Pirelli Best Lap Award” titles at the end of the season will be elected “Best Lap Winner: fastest rider of the year” and awarded in the usual end of year ceremony. Tom Sykes, having already won 10 Pirelli Best Lap Awards and with only 4 prizes up for grabs, is mathematically the “Best Lap Winner: fastest rider of the year” in 2013 for the Superbike class and will be awarded at Jerez de la Frontera in the end of year ceremony. These are the riders who won the Pirelli Best Lap Awards in the twelfth round of the season: WSB Race 1 – Tom Sykes (Kawasaki Racing Team), 1'23.803 (2nd lap) WSB Race 2 – Davide Giugliano (Althea Racing), 1'23.707 (7th lap) The overall standings after twelve rounds are as follows: WSB: Tom Sykes (Kawasaki Racing Team): 10; Eugene Laverty (Aprilia Racing Team): 4; Chaz Davies (BMW Motorrad GoldBet SBK): 3; Sylvain Guintoli (Aprilia Racing Team): 2 ; Michel Fabrizio (Red Devils Roma): 1; Marco Melandri (BMW Motorrad GoldBet SBK): 1; Jonathan Rea (Pata Honda World Superbike) : 1; Davide Giugliano (Althea Racing): 1 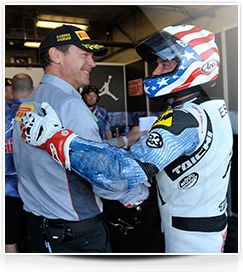 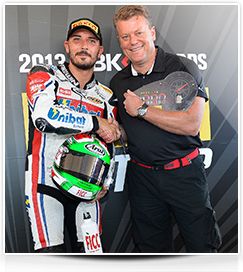 Comment from Giorgio Barbier, Pirelli Moto Racing Director: "To come back to Laguna Seca after nearly 10 years and do it for the first time with 17-inch Diablo Superbike tyres, which contributed to breaking the track record, ss definitely a great return for Pirelli. But the greatest satisfaction, beyond that of having fulfilled the wishes of the riders, is perhaps the one that gave us the Michael Jordan Motorsports team with its riders Roger Lee Hayden and Danny Eslick, two wild cards that run regularly in AMA Superbike but with a competitor’s tyres. Well, using the same motorcycle used in the AMA, already on Friday and having never used the Pirelli Diablo Superbike, they got a good increase in terms of lap time up to the 1’23.730 made ​​by Eslick in Superpole 1 when the best time he had made on ​​this track in the AMA was of 1'24.5 in July. Also notable is the result of Guintoli, but also Laverty, Sykes, Canepa and Davies who beat the absolute record of the AMA Superbike signed in 2007 by Ben Spies in 1'23.104 shooting all below this time with Guintoli who made an astonishing 1'22.683. As regards the results of the races, Sykes has been very good to realize in Race 1, it’s a pity for Race 2, now however he has a good advantage over his pursuers, among other things, he has already won with two rounds still to go the Pirelli Best Lap Award 2013, having already won 10 awards, so congratulations! But there are still two rounds and Aprilia riders have been shown to fight until the end for the first place, I think that as always we will have a great final of the Championship which will keep us in suspense until the late stages. Bravo to Davide Giugliano who made a beautiful Race 2! I am very happy also for the win in the French Superbike Championship with Gregory Leblanc and the SRC Kawasaki team, it was a perfect weekend!" 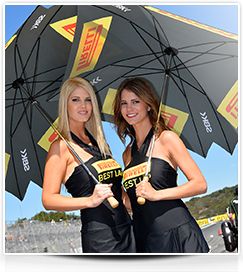