Three GP wins, clean sweep of all the motos, and the lead of three championships. It was a truly fantastic weekend for Pirelli Scorpion MX at the Grand Prix of Bulgaria for the first round of fifteen in the World Championship. Domination like this at the beginning of the series could not have been anticipated but once again proves the superior technology and performance of Pirelli product. The MidSoft 32 literally monopolised MX1 and was used by the first six riders in the classification, and again was prevalent in MX2 with Marvin Musquin while the Women’s World Championship was added to the streak by German Stephanie Laier. WEATHER   Sun     TEMPERATURE  23° HUMIDITY  62%     TERRAIN          Dirt 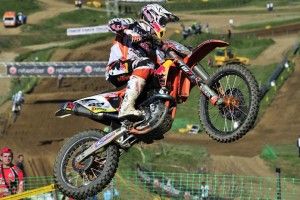 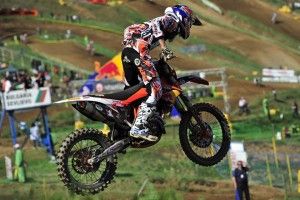