The harsh Belgian sand at the Grand Prix of Limburg can be viewed with nervous apprehension by a great many riders, from the first to the last in the stadnings, although even in this fearsome terrain Pirelli Scorpion MX were able to be leaders in MX1, MX2 and also the Veteran’s class where Sweden’s Mats Nilsson was able to place one hand on the title. Clear winner in the premier category was World Champion Antonio Cairoli, chasing his fourth title, who led home eight other Pirelli riders. In MX2 the Scorpion MX helped Jeffrey Herlings to the overall runner-up position and another five riders booted with Pirelli rubber followed in the GP ranking. MX1 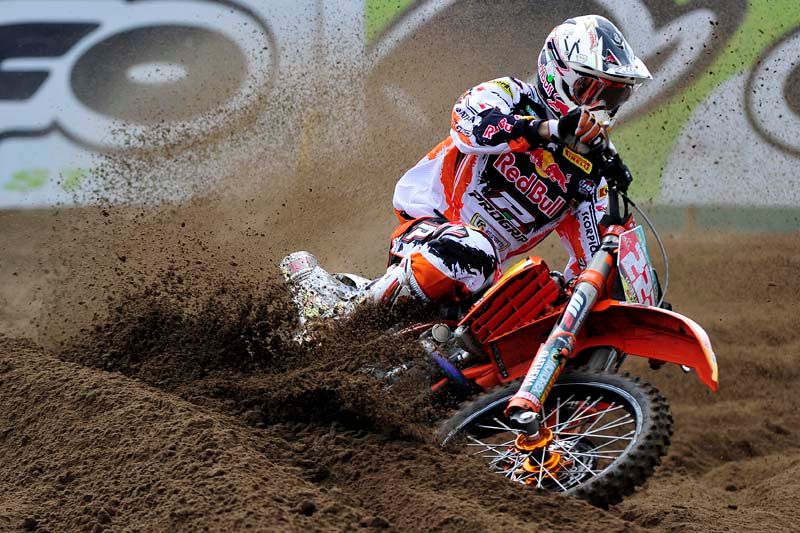 The MX1 class saw Antonio Cairoli notch his second victory in succession after being able to enjoy the excellent traction and stability of the Scorpion MidSoft 32 front and Soft 410 rear with his works KTM. He started in second position in both motos but soon edged through to the front and escaped unchallenged to a double set of chequered flags. The championship leader beat team-mate Max Nagl; 2nd and 3rd on the day in spite of a spectacular crash on the final lap of the second outing. The German used the same Pirelli selection as the Sicilian ahead of him and headed a group led by Clement Desalle. Just missing the podium was Yamaha Monster Energy’s David Philippaerts, in front of Tanel Leok, who was runner-up in the second moto but ran out of fuel in the first and then Ken De Dycker, Rui Goncalves, Steve Ramon and Joshua Coppins. Overall Classification 1. Antonio Cairoli KTM 2. Max Nagl KTM 3. Clement Desalle Suzuki 4. David Philippaerts Yamaha 5. Tanel Leok Honda World Championship Standings 1. Antonio Cairoli KTM Team Red Bull De Carli 484 2. Clement Desalle Suzuki Team Teka 405 3. David Philippaerts Yamaha Team Yamaha Monster 364 4. Max Nagl KTM Team Red Bull De Carli 348 5. Steve Ramon Suzuki Team Teka 341 MX2 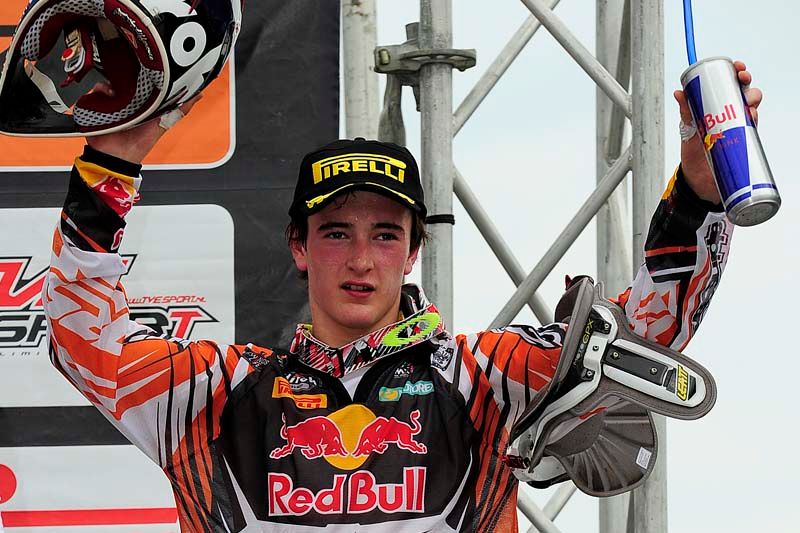 MX2 saw a surprise win for Suzuki’s Ken Roczen who beat pre-event favourite Jeffrey Herlings riding the works KTM using Scorpion MidSoft 32 front and Soft 410 rear in the first moto but opting for the Mud 32 rear in the second race. The selection was copied by standings leader Marvin Musquin, who although enjoyed good starts was unable to rise higher than third due to some small mistakes and a slower rhythm than his peers. Fourth overall belonged to Joel Roelants, with French Yamaha rider Gautier Paulin enacting a superb comeback to take fifth overall. Paulin just beat emerging Finnish rookie Harri Kullas and the third member of the KTM crew Shaun Simpson.