The Grand Prix of Czech Republic has been another conquering event for the Pirelli Scorpion MX that swept the podium in MX1, owned the top step in MX2 and scooped the first 125cc European two-stroke title thanks to the dominance of Frenchman Jordi Tixier, who has owned 11 of the 12 motos run so far. In the Women’s category SteffiLaier finished as runner-up overall, and with a 39 point lead over Livia Lancelot, stands on the edge of another world championship when the series ends at Fermo in Italy on September 12th. 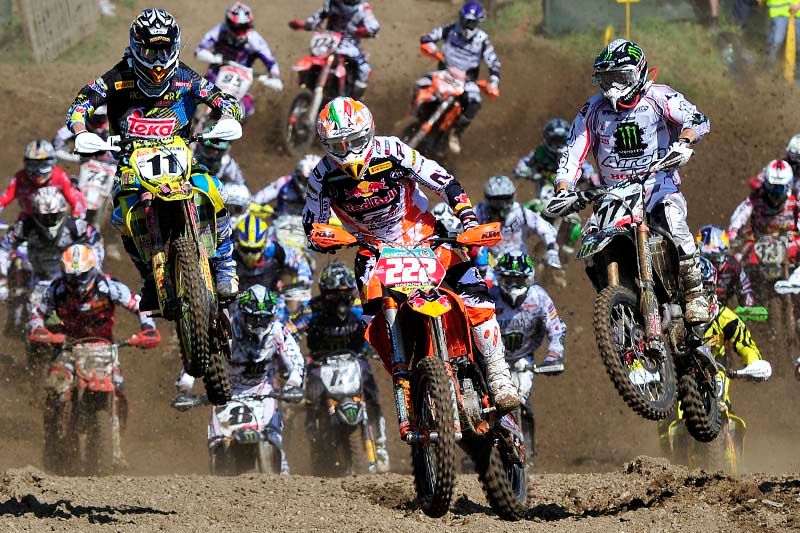 Sand, dirt or swampy mud the result does not change as Antonio Cairoli continues to form an unbeatable combination with his set-up and tyre selection. He already confirmed his mastery with back-to-back wins in Sweden and Belgium and added a third consecutive triumph and sixth of the season at a Loket circuit that had been battered by persistent rains for more than two days. Booting his works KTM SX-F 350 with the Scorpion MidSoft 32 front and rear, using dimensions of 120/90-19, the three times world champion rode to second place in the first moto and then grabbed the chequered flag in the second race. The Sicilian will now travel to the Grand Prix of Brazil on the 26th of August with an 84 point advantage over Clement Desalle, another Pirelli rider, this time for the Rockstar Teka Suzuki factory team. The Belgian was unable to defeat Cairoli at the circuit where he won in 2009 and finished as runner-up. Desalle’s tenth podium result places him ahead of other Pirelli representatives Tanel Leok, Steve Ramon, Max Nagl, David Philippaerts, Evgeny Bobryschev and Rui Goncalves; all attacking the rough track with Scorpion MidSoft 32 front and rear. Overall Classification: 1. Antonio Cairoli KTM 2. Clement Desalle Suzuki 3. Tanel Leok Honda 4. Steve Ramon Suzuki 5. Max Nagl KTM World Championship standings: 1. Antonio Cairoli KTM Team Red Bull De Carli 531 2. Clement Desalle Suzuki Team Teka 447 3. David Philippaerts Yamaha Team Yamaha Monster 394 4. Max Nagl KTM Team Red Bull De Carli 382 5. Steve Ramon Suzuki Team Teka 376 MX2 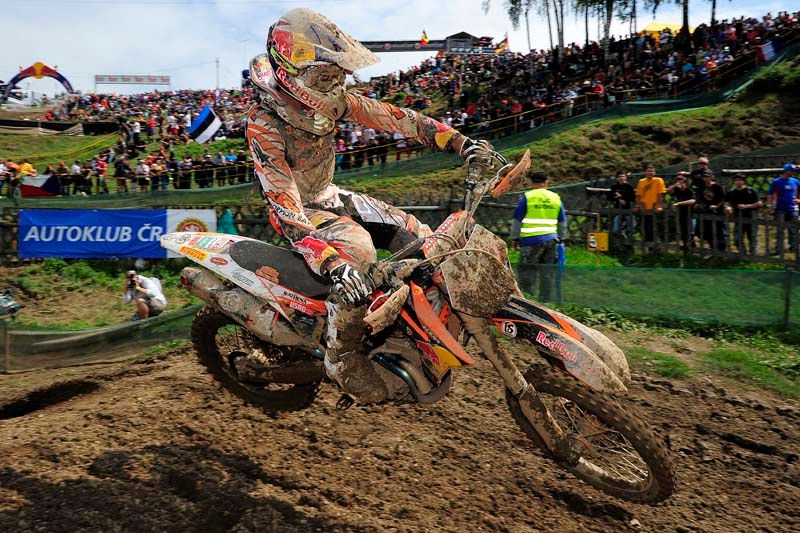 There was bittersweet news in MX2. The positive arrived through the latest victory for Marvin Musquin, who now has one hand outstretched on the world championship with his 78 point margin over Ken Roczen; the teenager defeated by the Frenchman’s sheer determination at Loket. Musquin, competing on his factory KTM machine with Scorpion MidSoft 32 front and rear, took overall honours thanks to his results of 2nd and 1st, beating the German thanks to the second moto ranking. The third step of the podium was filled by Yamaha Monster Energy rider Gautier Paulin, who selected the same tyre combo as the winner. The bad news concerns the second moto fall of KTM’s Jeffrey Herlings. The fifteen year old revelation of the season took 4th in the first race but then crashed and dislocated his right shoulder on the first lap of the second sprint.