Another memorable day and meeting for Pirelli Scorpion MX after having claimed the MX1 World Championship in Brazil with Antonio Cairoli they were able to toast capture of the MX2 crown with Marvin Musquin in Holland who successfully defended his world title on the works KTM. It was a convincing day of results for Pirelli rubber at the Grand Prix of Benelux with the Scorpion MX also assisting Sweden’s Mats Nilsson to triumph in the Veteran’s World Cup. WEATHER Sunny TEMPERATURE 26° HUMIDITY 68% TERRAIN Sand MX1 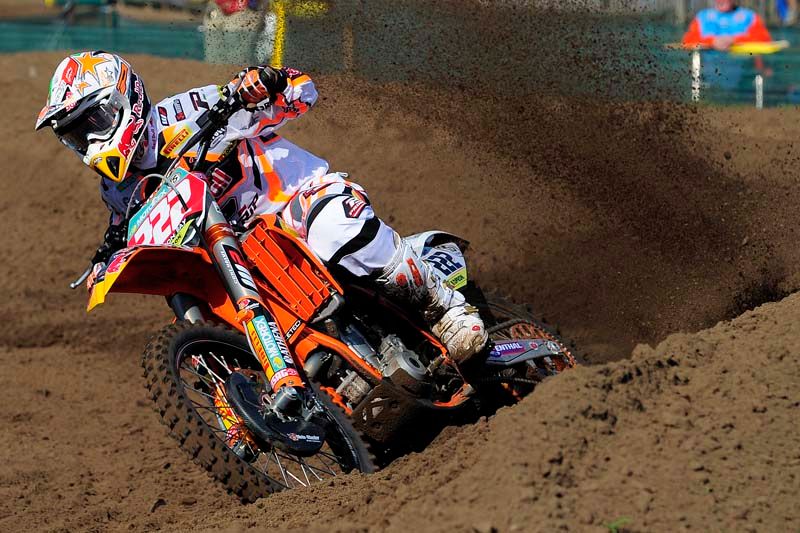 Confirming the world championship with two rounds to spare Antonio Cairoli was still able to demonstrate his dominance, particularly in the sand, and grabbed second and first positions in the two motos on the KTM SX-F 350 equipped with Scorpion MidSoft 32 front and Soft 410 rear: the same selection used by the first ten classified riders at the Grand Prix of Benelux! The four times world champion had a fantastic race on his way to his eighth overall victory, cutting through to second position despite two falls and then running away in the second moto with an advantage of thirty seconds over his pursuers. The Sicilian led home his team-mate Max Nagl and factory Suzuki rider Steve Ramon. It was a hard day for Clement Desalle, who suffered falls in each race and could do no better than 9° overall but the result did not endanger his second place in the championship standings. 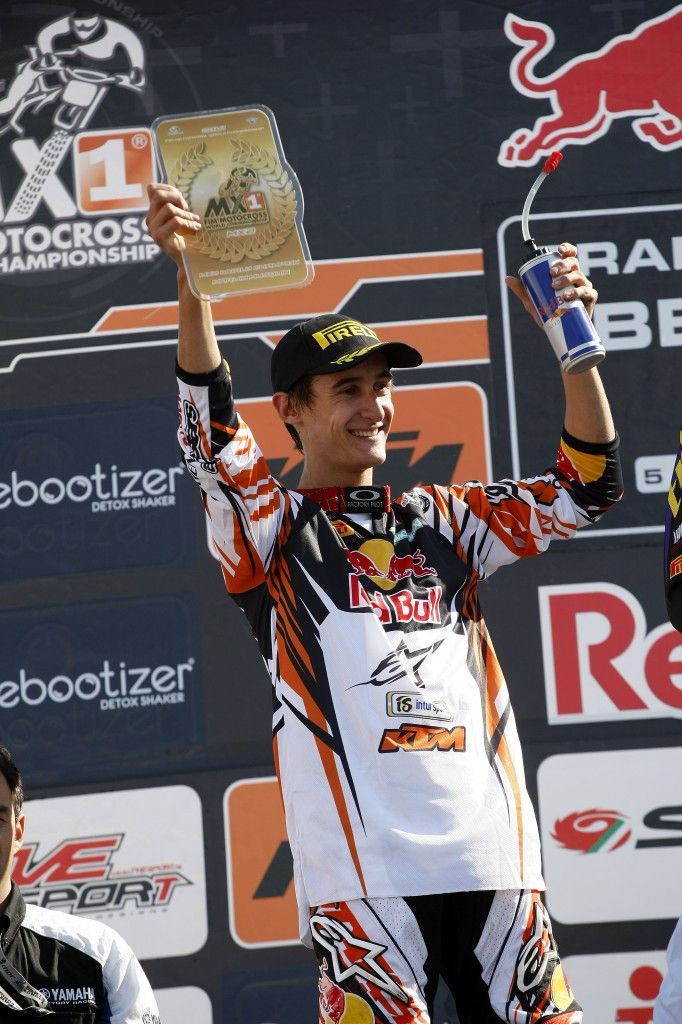 Marvin Musquin finally closed the MX2 world championship that he had been leading for most of the season in Holland. To withdraw the maximum potential of his works KTM machine the Frenchman – like most riders in the category – opted for Scorpion MidSoft 32 front and Soft 410 rear by obtaining 3rd and then 2nd positions to climb the runner-up step of the podium and into the history books. The GP was won by another Pirelli rider Gautier Paulin, who claimed the first moto in fine style and then was 3rd in the second. To Musquin’s side on the podium was KTM’s Joel Roelants followed in the standings by Shaun Simpson and Harri Kullas. Overall Classification: 1. Gautier PaulinYamaha 2. Marvin Musquin KTM 3. Joel Roelants KTM 4.Shaun Simpson KTM 5. Harry Kullas Yamaha World Championship Standings: 1. Marvin MusquinKTM Team Red Bull Factory <613 2. Ken Roczen Suzuki Team Teka524 3. Steven Frossard Kawasaki Team CLS 446 4.Jeffrey Herlings KTM Team Red Bull Factory< 391 5.Zach Osborne Yamaha Team Yamaha Bike-it 368

PIRELLI LAUNCHES SCORPIONTM XC RC, THE CROSS-COUNTRY RACE TYRE DEVELOPED FOR THE TREK-PIRELLI MTB TEAM
PIRELLI: SLATES PRESENTED FOR RENEWAL OF BOARD OF DIRECTORS
PIRELLI’S NEW CINTURATO P7 ARRIVES: THE TYRE WITH AN ‘INTELLIGENT’ COMPOUND THAT ADAPTS ITSELF TO TEMPERATURE AND DRIVING CONDITIONS
PIRELLI: WELFARE GOES ONLINE WITH COURSES FOR EMPLOYEES AND ACTIVITIES FOR CHILDREN
PIRELLI RELEASES AN ANIMATED VIDEO ADVISING TYRE DEALERS HOW TO OFFER THEIR SERVICES SAFELY
PIRELLI: SHAREHOLDER AGREEMENTS
×