Pirelli stood out in the sixth round of the FIM Motocross World Championship taking place at the fast, long and rough track east of Los Angeles, with Antonio Cairoli and Marvin Musquin winning the MX1 and MX2 classes respectively. On the same day the Scorpion MX MidSoft 32 profile was prevalent in the Veteran’s World Cup with competition leader Mats Nilsson taking the third step of the podium. MX1 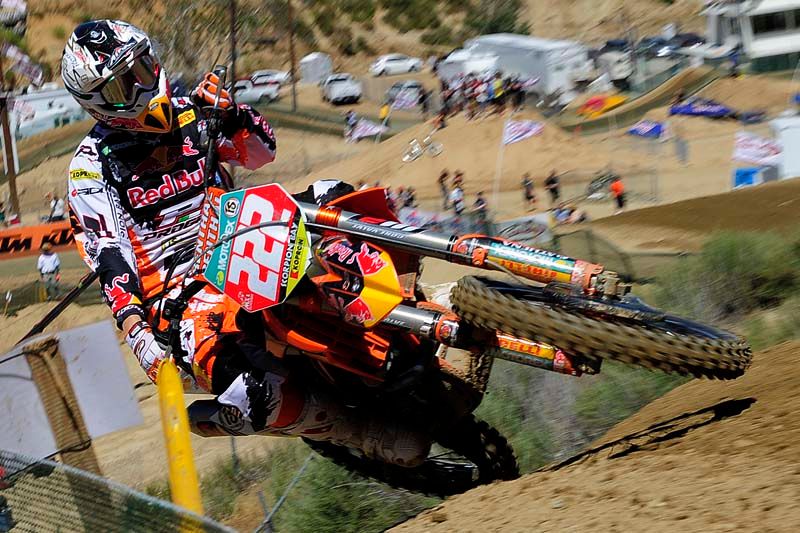 Antonio Cairoli imposed his flair and talent over this latest round of the series by winning an entertaining duel with brand-mate and local hope Mike Alessi; the pair tackling this first USGP this century on their works KTM 350s. Cairoli, favouring the Scorpion MidSoft 32 front and rear for the ripples and ruts of Glen Helen, won a fantastic first moto in which he tussled with Alessi and eventually emerged victorious even though he lost his gear lever and was stuck in third gear for the last third of the race. In Moto2 he again fought with Alessi and third place was enough to secure his third win of the season. Also with Scorpion MidSoft 32 and on the podium was Clement Desalle, whose third spot overall helped elevate him to the same rank in the world championship standings. In the top ten were other Pirelli riders; Steve Ramon (5th), Ken De Dycker (6th), Davide Guarneri (7th) and Max Nagl (10th). Overall Classification Championship standings MX2 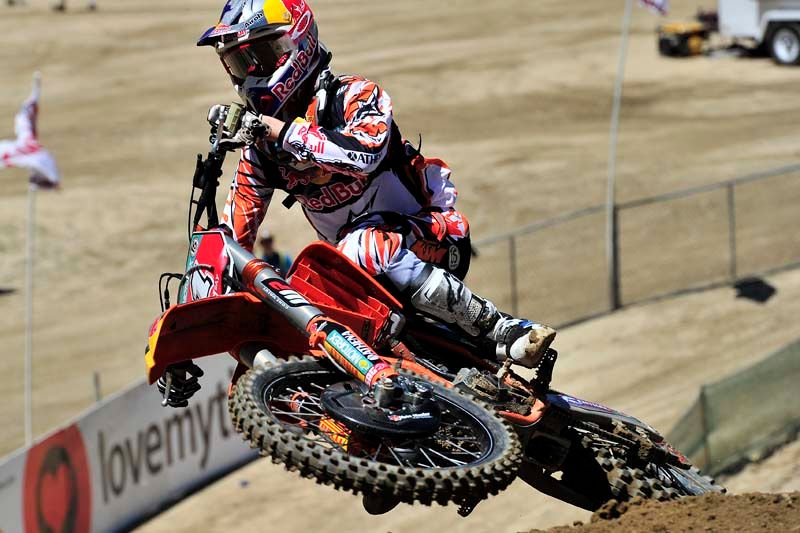 MX2 remains a competition without serious threat for Marvin Musquin, who was able to register his fourth double of the season in the USA. The French World Champion was again unbeatable on his works KTM, booted Scorpion MidSoft 32 front and rear, and escaped unchallenged in both motos to extend his numerical advantage in the series standings. It was a decent day for KTM team-mate Shaun Simpson, 5th overall, while KTM starlet Jeffrey Herlings could do no better than 14th after falls in both motos. Overall Classification Championship standings