The ninth round of the FIM Motocross World Championship has been stamped ‘Pirelli’ with a double sweep of both classes thanks to the Scorpion MX that monopolised the MX1 podium and owned the top step of the MX2 rostrum. The Grand Prix of Latvia also witnessed a double success by Sweden’s Mats Nilsson in the Veteran’s World Cup that further consolidated his lead in the support series. MX1 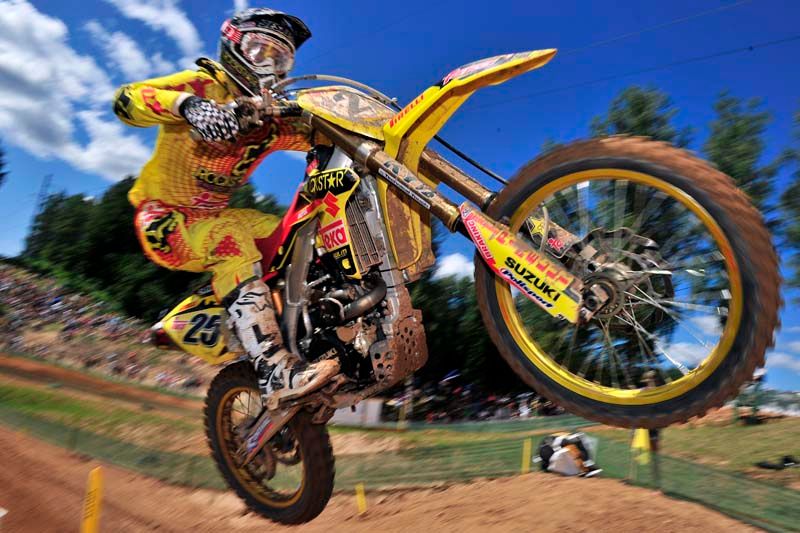 The Scorpion MidSoft 32 was an absolute protagonist across the tough terrain of the Latvian Grand Prix and the fast Kegums layout that consisted of shallow sandy top-soil but also areas of hard-pack thanks to the firm ground underneath. Both motos were dominated by Pirelli; the first in the favour of factory Suzuki rider Clement Desalle who took overall victory thanks to a runner-up position in the second moto, while the second sprint was decimated by the speed of world champion Antonio Cairoli with the Red Bull KTM who was second in the GP thanks to 4th place earlier on. Another Belgian Suzuki rider, Steve Ramon, completed the podium. Fourth position surprisingly belonged to Russian MX1 rookie Evgeny Bobryshev, who almost won the opening sprint until Desalle’s late attack, by steering his CAS Honda Scorpion MidSoft 32 front and rear. In 6th was Yamaha Monster Energy’s David Philippaerts who could not get comfortable on the Latvian course while a similar scenario involved German Grand Prix winner Ken De Dycker; the Belgian could only rest 12th. Overall Classification: Championship standings: MX2 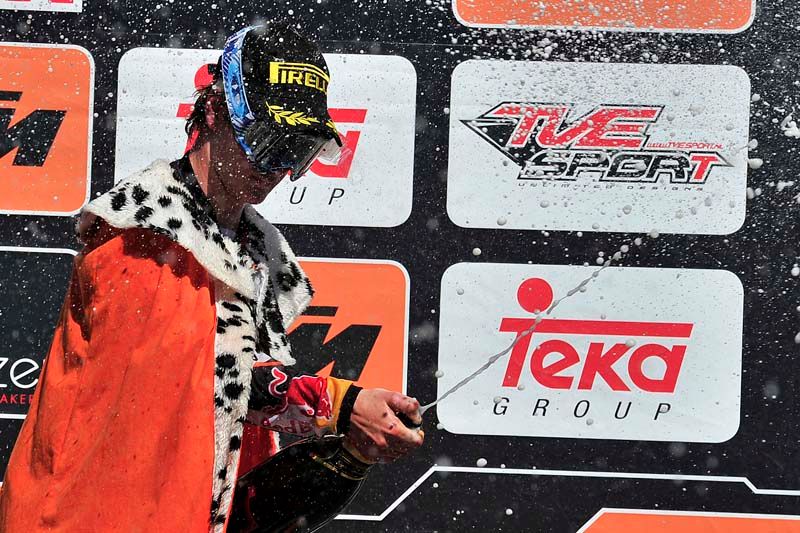 The top step of the MX2 podium belonged to fifteen year old Dutchman Jeffrey Herlings but championship leader Marvin Musquin was the moral winner of the Grand Prix. Both rode out for the first moto using Scorpion MidSoft 32F front and MidSoft 32 Mud rear, but the sandy and soft conditions forced a re-think to MidSoft 32 later on. Musquin clinched the first race by a slender margin from Ken Roczen and then flew back from a first corner crash and long distance behind the pack in the second outing to seize an impressive seventh; meaning 4th overall in the final classification. Herlings, the revelation of the 2010 season, had a clear road ahead in the second race but had to watch over his shoulders for the close company of Steven Frossard and Roczen. Herlings’ 3rd spot from the first foray ensured the overall triumph at the Latvian Grand Prix. With the Scorpion MX other top ten finishers included Gautier Paulin (5th), Joel Roelants (6th), Harri Kullas (7th), Christophe Charlier (8th) and Shaun Simpson (10th). Overall Classification: Championship standings: