World SBK: at Imola Chaz Davies dominates Race 2 as well on his Ducati, for the Akashi-based manufacturer a win by Kenan Sofuoglu in Supersport; confirmation of the Pirelli standard SC1 solutions on t 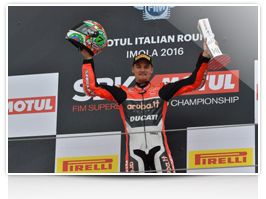 Imola is the home race for the red bikes from Borgo Panigale and for the MOTUL FIM World Superbike Championship Italian round, Chaz Davies (Aruba.it Racing-Ducati) definitely lived up to Ducati's expectations. After the win yesterday in Race 1, the Welshman was once again on the top step of the podium in Race 2, bringing home a splendid double win for Ducati and earning some important championship points. The Ducati standard-bearer now lies second in the overall standings with 186 points, 35 behind Jonathan Rea who, thanks to his two excellent second place finishes in the Imola races, remains firmly at the top of the rankings with 221 points. The other Kawasaki Racing Team rider, Tom Sykes, is in third place with 154 championship points. With Davies' double, Ducati also closes the gap behind Kawasaki in the Manufacturer Standings: the manufacturer from Akashi leads with 230 points, but Ducati is close behind with 196. Kawasaki, on the other hand, was uncatchable by the rest in the FIM Supersport World Championship where Kenan Sofuoglu (Kawasaki Puccetti Racing) took his second win of the season. For Pirelli, Race 2 confirmed two things. The first is that the new standard SC3 compound front tyre, after its performance yesterday in Race 1, was once again the most popular among most of the riders who, on this circuit, preferred it above the other available solutions. As for the rear, with temperatures ten degrees Centigrade lower than those on Saturday in Race 1, the natural choice for the riders fell to the medium standard solution, the SC1. In Race 2 the two Ducatis ridden by Davies and Giugliano got off the line well, but already in the 3rd lap the situation had changed. The Welshman stayed in the lead all the way to the chequered flag, whereas the Italian was forced to give way to the two Kawasaki riders, Rea and Sykes who, like yesterday, would finish in the exact same order behind Davies and ahead of Davide Giugliano. 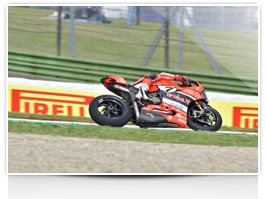 Race 2 standings: 1) Chaz Davies (Aruba.it Racing – Ducati) 2) Jonathan Rea (Kawasaki Racing Team) 3) Tom Sykes (Kawasaki Racing Team) 4) Davide Giugliano (Aruba.it Racing – Ducati) 5) Leon Camier (MV Agusta Reparto Corse) 6) Alex Lowes (Pata Yamaha Official WSBK Team) 7) Jordi Torres (Althea BMW Racing Team) 8 ) Nicky Hayden (Honda World Superbike Team) 9) Michael van der Mark (Honda World Superbike Team) 10) Xavi Forés (Barni Racing Team) … In the FIM Supersport World Championship race the win went to Kenan Sofuoglu (Kawasaki Puccetti Racing), his second of the season after winning at MotorLand Aragón. The Kawasaki rider is currently leading the overall standings with 86 points ahead of teammate Randy Krummenacher who has 71 and Jules Cluzel (MV Agusta Reparto Corse) with 58. As for the race report, during the third lap Randy Krummenacher had a technical problem but he did not notice and leaked oil onto the track for almost a full lap before returning to the garage. A red flag came out in the fourth lap after Christian Gamarino crashed. All the riders were forced to return to pit lane. At the restart there were 11 laps to race. Kenan Sofuoglu got off the line well and overtook Jules Cluzel who had started from pole position. A bit later the Frenchman was also overtaken by Patrick Jacobsen (Honda World Supersport Team) and his teammate, Lorenzo Zanetti, dropping from first to fourth position. However, during the third lap the Frenchman managed to take back third place ahead of Ayrton Badovini and Zanetti, who got by Badovini in the fourth lap to move in behind his teammate. During the eighth lap Patrick Jacobsen was forced to give up second place to the Frenchman on his MV Agusta and the order remained the same until the end of the race. Kenan Sofuoglu went on to win with an advantage of almost 1.5 seconds ahead of Jules Cluzel, finishing second, and three seconds ahead of Patrick Jacobsen in third place. Fourth place went to Lorenzo Zanetti. 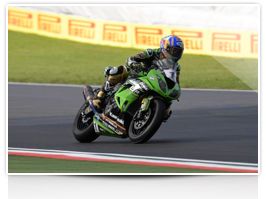 Supersport standings: 1) Kenan Sofuoglu (Kawasaki Puccetti Racing) 2) Jules Cluzel (MV Agusta Reparto Corse) 3) Patrick Jacobsen (Honda World Supersport Team) 4) Alex Baldolini (Race Department ATK#25) 5) Alessandro Zaccone (San Carlo Team Italia) 6) Lorenzo Zanetti (MV Agusta Reparto Corse) 7) Ondrej Jezek (Team GoEleven) 8 ) Federico Caricasulo (Bardahl Evan Bros. Honda Racing) 9) Ayrton Badovini (Gemar Balloons - Team Lorini) 10) Nico Terol (Schmidt Racing) … After the Superbike, there was more for Ducati to celebrate in the Superstock 1000 FIM Cup where up and coming rider Leandro Mercado (Aruba.it Racing - Junior Team) took the win ahead of Kevin Calia (Nuova M2 Racing) and Raffaele de Rosa (Althea BMW Racing Team). With this win, the Argentinian maintains a firm grip on the top spot in the standings with 57 points, tied with BMW rider Raffaele de Rosa. The Pirelli solutions chosen by the riders for Race 2 and Supersport: Compared to Race 1 yesterday, in Race 2, given the asphalt temperature of just over 20 degrees Centigrade, most of the riders wisely chose a more protected tyre for the rear such as the standard SC1 in order to prevent problems of excessive wear or cold tearing that are typical when using the SC0 solution with temperatures that are not high enough. On the other hand, some of the riders like Lorenzo Savadori, Markus Reiterberger and Alex De Angelis, took a gamble on the soft standard solution, the SC0, with poor results for the reasons stated above. 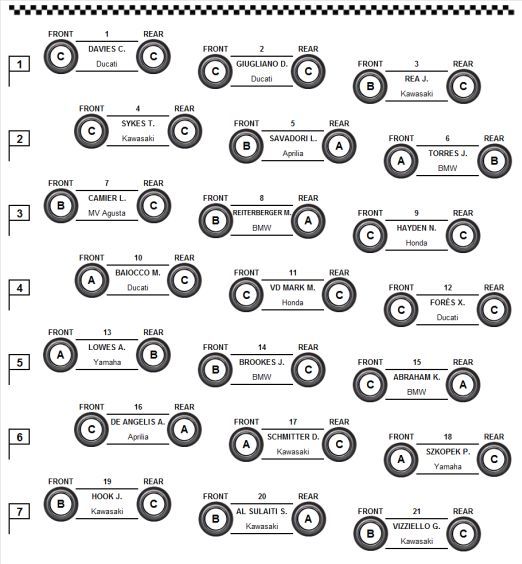 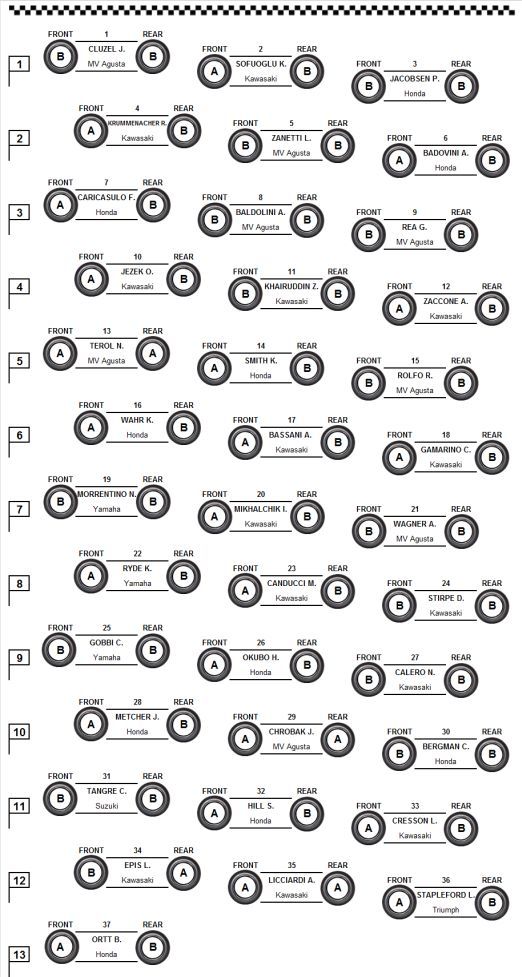 World SBK: at Imola Chaz Davies dominates Race 2 as well on his Ducati, for the Akashi-based manufacturer a win by Kenan Sofuoglu in Supersport; confirmation of the Pirelli standard SC1 solutions on t
Newsroom