WorldSBK at Sepang: in Race 1 Kawasaki takes a one-two with a new track record, Superpole and the win for Tom Sykes, Pirelli successfully tackles the new asphalt with standard solutions

The rider from the Akashi-based manufacturer set the new track record in 2’02.246, improving on the one set by Sylvain Guintoli in 2014 by 8 tenths; the standard SC3 front and SC1 rear slicks were the most used solutions

It was a Kawasaki triumph in Malaysia at the Sepang International Circuit, where Race 1 of MOTUL FIM World Superbike Championship round six just ended. 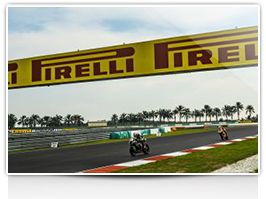 More specifically, the Akashi-based manufacturer won the race with Tom Sykes (Kawasaki Racing Team) and took second place with the current championship leader, Jonathan Rea. Behind them, on the bottom step of the podium, it was Ducati rider Chaz Davies (Aruba.it Racing – Ducati), fresh from a double win in the last round at Imola. It was also a satisfying weekend for Pirelli who, as they approached the weekend, knew that they would have to take on, in addition to the particularly high temperatures typical of the area, another new unknown factor: in fact, a few weeks ago the circuit was entirely resurfaced by a team from the Italian Dromo company headed up by Jarno Zaffelli. As the Italian designer himself stated, following the resurfacing operations, the Sepang track is rough and therefore hard on tyres, 30% more than the Misano circuit and even twice as harsh as the Imola track, both resurfaced in the past by the same Italian company. The new asphalt proved to be particularly aggressive with the tyres from Friday and the rain that fell between Friday and Saturday night certainly did not help to rubberise the circuit, but despite this, the solutions in the Pirelli DIABLO™ range performed admirably. In particular, the new SC3 was the most used solution on the front, whereas most of the riders went with the SC1 on the rear. Tom Sykes was definitely the man of the day: after taking the Superpole setting the new track record in 2’02.246 and improving on the one set by Sylvain Guintoli in 2014 by 8 tenths, the 2013 World Champion dominated Race 1 flag to flag, finishing with an advantage of more than five seconds ahead of his teammate Jonathan Rea and more than 7.5 ahead of Chaz Davies. All of the other riders, from fourth place on, crossed under the chequered flag at least seventeen seconds behind the race winner. Race 1 standings: 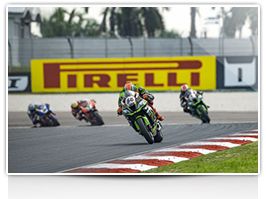 1) Tom Sykes (Kawasaki Racing Team) 2) Jonathan Rea (Kawasaki Racing Team) 3) Chaz Davies (Aruba.it Racing – Ducati) 4) Jordi Torres (Althea BMW Racing Team) 5) Alex Lowes (Pata Yamaha Official WSBK Team) 6) Davide Giugliano (Aruba.it Racing – Ducati) 7) Michael van der Mark (Honda World Superbike Team) 8 ) Nicky Hayden (Honda World Superbike Team) 9) Antonhy West (Pedercini Racing) 10) Leon Camier (MV Agusta Reparto Corse) … The Pirelli solutions chosen by the riders for Race 1: The new asphalt at Sepang proved to be particularly abrasive and aggressive with the tyres, so in Race 1 the most used solutions were the ones that demonstrated more regular and even wear in Friday's free practice sessions (in any case influenced by the rain). Of these, on the front the new SC3, the most resistant in the range, was without a doubt the one that most of the riders preferred. In fact, the new solution that was added to the range just this year, thanks to a hard compound that still provides excellent grip and support, stood up well for the entire race length. The riders who did not opt for the SC3 chose the standard SC2 as an alternative, excellent for high external temperatures because it guarantees solidity to the tread band. As for the rear, the T0611 SC0 development solution tended to be too soft for use on such abrasive asphalt, but it was chosen anyway by Nicky Hayden, Davide Giugliano, Xavi Forés, Imre Toth and Gianluca Vizziello. Instead, it was the standard solutions that proved to be the winning choice, particularly the SC1, better protected against wear and therefore more resistant to the new Malaysian asphalt, used by no less than 17 of the 23 riders on the grid. 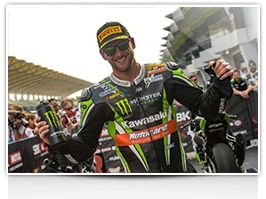 WorldSBK at Sepang: in Race 1 Kawasaki takes a one-two with a new track record, Superpole and the win for Tom Sykes, Pirelli successfully tackles the new asphalt with standard solutions