WorldSBK: in Race 2 another Rea-Sykes one-two with Kawasaki also winning in WorldSSP with Sofuoglu. Excellent results for the soft compound development solutions brought by Pirelli

In Race 2 Jonathan Rea once again manages to get the upper hand on teammate Tom Sykes, taking his seventh win of the season, while in Supersport, Kenan Sofuoglu takes his fourth win of the year 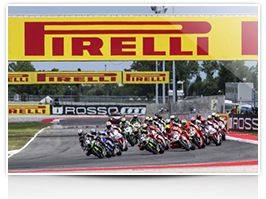 Nothing changed compared with yesterday in the WorldSBK Race 2. Today, Jonathan Rea (Kawasaki Racing Team) was once again too fast for the rest and his race followed the exact same strategy as yesterday. The Northern Irishman let his teammate, Tom Sykes, start from pole position without ever letting him get away, but staying on his pipes constantly until overtaking him late in the race. However, compared to Race 1, in Race 2 most of the riders used the Pirelli V0377 soft compound development solution on the rear that had already provided excellent performance in the race on Saturday and during the Donington Park round. In general, it was precisely the new development solutions made by Pirelli that were the most used both in the top category and in WorldSSP. 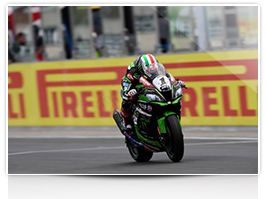 In Race 2 Jonathan Rea (Kawasaki Racing Team) got off the line well, beating Tom Sykes at the start, who, however, was able to take back the lead a few turns later. Already in the first lap, the race lost one of its protagonists, German rider Markus Reiterberger, crashing out in turn 8. Tom Sykes led the race ahead of teammate Rea, Alex Lowes (Pata Yamaha Official WorldSBK Team), Davide Giugliano (Aruba.it Racing – Ducati) and Xavi Forés (Barni Racing Team). During the third lap, Chaz Davies (Aruba.it Racing – Ducati) fell at turn 14 taking out Michael van der Mark, who had been behind him, but the two were fortunately able to get up and back onto the track uninjured. From the eighth lap, Rea was extremely close to Sykes, with the two riders from the Akashi-based manufacturer within just two tenths of one another. Davide Giugliano was behind them at almost a two second gap. A technical problem for Leon Camier (MV Agusta Reparto Corse) in the twelfth lap forced him to withdraw from the race. The turning point came in the seventeenth lap when Jonathan Rea made his decisive attack on teammate Tom Sykes, becoming the new race leader. The order would remain the same until the chequered flag, where Italian Davide Giugliano finished behind the Kawasaki riders for an excellent third place. 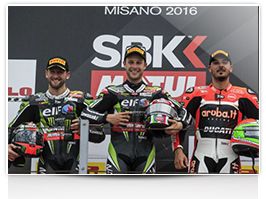 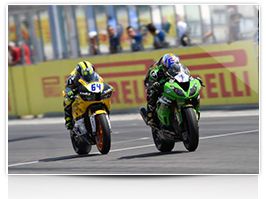 Supersport standings:In the FIM Supersport World Championship, it was the fourth win of the season for Turkish rider, Kenan Sofuoglu (Kawasaki Puccetti Racing). Pole position start for Federico Caricasulo (Bardahl Evan Bros. Honda Racing), with nineteen laps to race. The Italian was off to a strong start straight away, ahead of Patrick Jacobsen (Honda World Supersport Team) who, from the third spot on the grid, overtook Kenan Sofuoglu (Kawasaki Puccetti Racing) to move in behind the race leader. During the ninth lap, Jules Cluzel (MV Agusta Reparto Corse) was forced to retire after running long, whereas in the eleventh lap American rider Patrick Jacobsen overtook Caricasulo, relegating him to second place. Jacobsen, Caricasulo and Sofuoglu formed a leading trio within just nine tenths of one another and a gap of more than five seconds ahead of all the rest, with Krummenacher and Rea battling for fourth place. During the thirteenth lap Kenan Sofuoglu also began to approach Caricasulo threateningly, while in the meantime Jacobsen increased the gap ahead of his nearest rival, taking his advantage to one second in front of the Italian. In the fifteenth lap a mistake by Caricasulo gave Sofuoglu the chance to overtake, moving into second place to begin hunting down Jacobsen. In the final stages of the race the trio tightened up again and Sofuoglu tried to close down the gap with the American. Feeling the pressure, Jacobsen went slightly long on a turn and the Turkish rider capitalised to steal the lead from him. In the last lap, Federico Caricasulo also began to threaten Jacobsen, who made another mistake, running long again on a turn and allowing the Italian to move into second place. Sofuoglu was first across the line, ahead of Caricasulo and Jacobsen. Fourth place went to Gino Rea (GRT Racing Team), who gained the upper hand over Randy Krummenacher (Kawasaki Puccetti Racing). 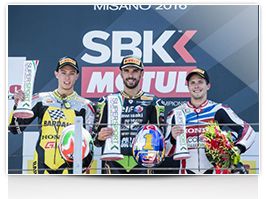 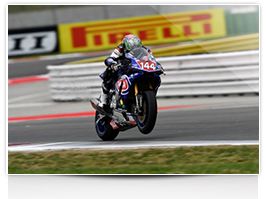 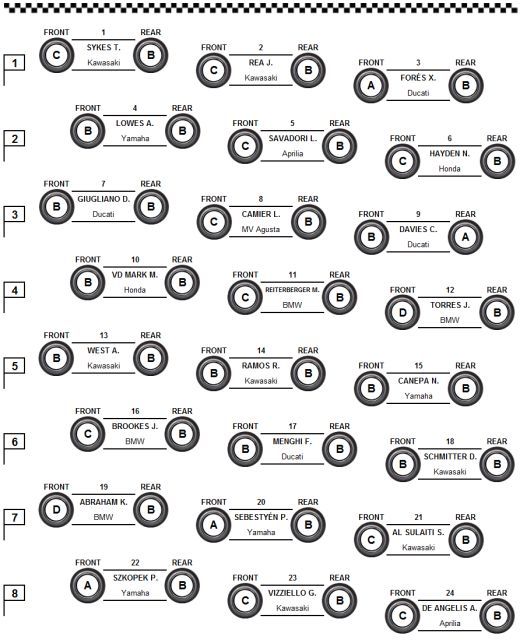 In WorldSSP, the riders used, as always, DIABLO™ Supercorsa tyres.More specifically, on the rear the standard SC1 was the most used solution, chosen by twenty-three out of thirty-six riders, whereas for the front, the V0533 SC1 development tyre made a great début, earning the favour of no less than twenty-three riders. 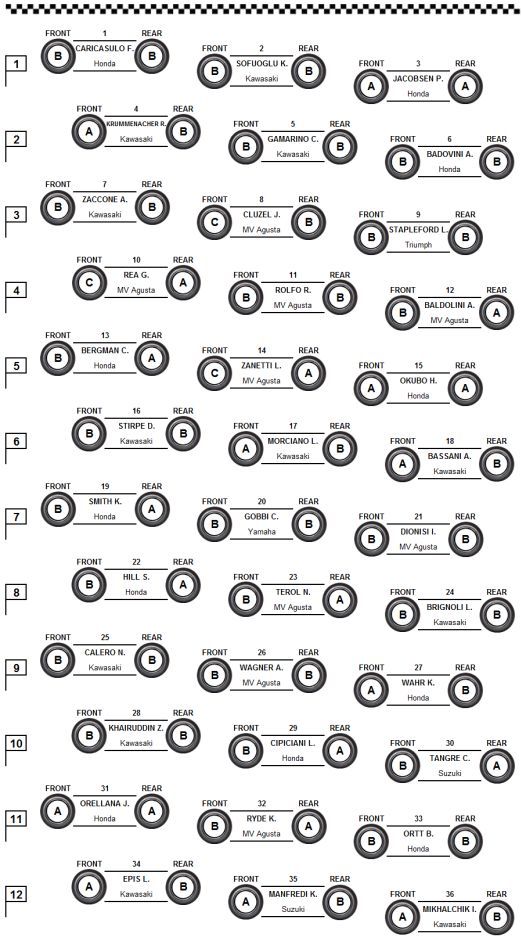 WorldSBK: in Race 2 another Rea-Sykes one-two with Kawasaki also winning in WorldSSP with Sofuoglu. Excellent results for the soft compound development solutions brought by Pirelli
Newsroom