WorldSBK: Race 2 goes to the “Rain Master” Jonathan Rea, in Supersport Kenan Sofuoglu takes his fifth win of the season

The MOTUL FIM World Superbike Championship Sunday that just came to a close on the Lausitz EuroSpeedWay was characterized more than anything else by foul weather. In fact, if the FIM Supersport World Championship race was spared, giving Kenan Sofuoglu (Kawasaki Puccetti Racing) his fifth win of the season, for Race 2 of Superbike and the Superstock 1000 FIM Cup and European Junior Cup race, the abundantly falling rain forced the riders to use rain tyres.

Actually, this unfavourable condition allowed Pirelli to have the riders in the Superbike category test a new rear development rain solution, the V0520, which was selected by almost all the riders for Race 2. The rain place those riders who are historically predisposed for wet riding in the spotlight, including reigning World Champion Jonathan Rea (Kawasaki Racing Team), a true “Rain Master” who took the race lead on the first lap, holding onto it all the way to the chequered flag, creating a gap of more than thirteen seconds ahead of the riders behind him. As mentioned above, if the weather conditions were fair on Saturday, Race 2 of WorldSBK was, on the other hand, not spared from foul weather. In fact, just a few moments before the start, light but persistent rain began to fall on the track, forcing race direction to delay the start no less than twice before deciding on a reduced, 16-lap race. All of the riders obviously chose to mount Pirelli rain tyres and specifically they opted for the new V0520 development solution on the rear. At the start, Tom Sykes (Kawasaki Racing Team) got off the line well, overtaking Chaz Davies (Aruba.it Racing – Ducati) to move into the lead. A few corners later, Jonathan Rea also managed to get past the Welshman. Unfortunately, Sykes was unable to finish even the first lap, sliding to the ground before completing it, but he was able in any case to rejoin the race in penultimate place. The race lead went to his teammate Jonathan Rea, ahead of the Ducati machines ridden by Davide Giugliano, in second place, and Chaz Davies in third. A bit later, it was Lorenzo Savadori (IodaRacing Team) who came up through the lines to move into third place, whereas in the fourth lap, Davide Giugliano was forced to abandon the race after a bad crash. The Italian would be only the first of a long series of riders betrayed by the rain. In fact, in the seventh lap, the Italian Savadori also fell, ending up in the gravel and forced to retire, followed to pit lane not long afterwards by Anthony West and Jordi Torres for the same reason. During the eleventh lap, the rain played a nasty trick on Alex Lowes as well, also forced to go back to the garage after a crash. In the fifteenth lap, Michael van der Mark also lost control of his bike, sliding to the ground, but managing to rejoin the race in eighth place. Toward the end of the race, Sylvain Guintoli overtook Chaz Davies to move into fifth place. At the end of the sixteen scheduled laps, Jonathan Rea (Kawasaki Racing Team) crossed under the wire with a 13 second advantage over Italian Alex De Angelis (IodaRacing Team) who finished on the second step of the podium, and 15 seconds ahead of Xavi Forés (Barni Racing Team) who made an excellent third place finish. Also worth a mention is Leon Camier's good performance, riding his MV Agusta to a fourth place finish ahead of Sylvain Guintoli and Chaz Davies. 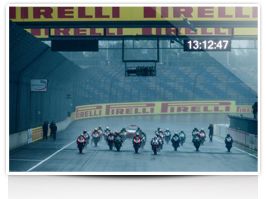 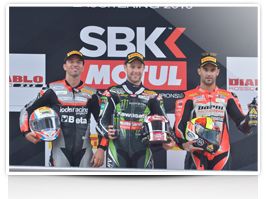 The Turkish rider got off the line well at the start, but Niki Tuuli (Kallio Racing) did not let him run away, staying on his pipes and managing to overtake him at the end of the first lap. In the meantime, Jules Cluzel (MV Agusta Reparto Corse), who had started from the sixth spot on the grid, managed to move into third place, trying to put pressure on Sofuoglu in the second lap. At the beginning of the third lap, Sofuoglu succeeded in taking back the lead from Tuuli, but in any case, the Finn stayed very close to the Kawasaki rider. The leading duo's gap ahead of Jules Cluzel, on the other hand, increased, whereas Randy Krummenacher (Kawasaki Puccetti Racing) managed to move into fourth place with a gap of more than 2.5 seconds behind the French MV Agusta rider. From the twelfth lap it was a battle between Federico Caricasulo (Bardahl Evan Bros. Honda Racing) and Christoffer Bergman (CIA Landlord Insurance Honda) for fifth place. With the exception of a great comeback by Patrick Jacobsen (Honda World Supersport Team) from ninth to fourth place, the second half of the race held few surprises and it was the Turkish rider from team Kawasaki Puccetti Racing who crossed the wire first, followed by the Finn and Jules Cluzel. This makes five wins this season for Kenan Sofuoglu that allows him to increase his advantage in the overall standings, make a strong case for the 2016 world title. Supersport standings: 1) Kenan Sofuoglu (Kawasaki Puccetti Racing) 2) Niki Tuuli (Kallio Racing) 3) Jules Cluzel (MV Agusta Reparto Corse) 4) Patrick Jacobsen (Honda World Supersport Team) 5) Federico Caricasulo (Bardahl Evan Bros. Honda Racing) 6) Randy Krummenacher (Kawasaki Puccetti Racing) 7) Lorenzo Zanetti (MV Agusta Reparto Corse) 8 ) Christoffer Bergman (CIA Landlord Insurance Honda) 9) Kyle Smith (CIA Landlord Insurance Honda) 10) Hikari Okubo (CIA Landlord Insurance Honda) ... After Race 2, the Superstock 1000 FIM Cup race was held with eleven laps to race. Victory went to Leandro Mercado (Aruba.it Racing - Junior Team) ahead of Bryan Staring (Agro On-Benjan-Kawasaki) and Riccardo Russo (PATA Yamaha Official Stock Team). The Argentinian is now the new Championship leader since Raffaele De Rosa only finished tenth in the race today. The Pirelli solutions chosen by the riders for Race 2 and Supersport: Despite the lower temperatures compared with Saturday, in the WorldSBK category the riders were oriented toward confirming the solutions used in Race 1. Unfortunately, however, just before the start of Race 2 it began to rain, so all the teams used rain tyres. Specifically, with respect to the two rear wet solutions available, all riders opted for the new V0520 development solution (option DR) with exception for Jonathan Rea and Tom Sykes who used the standard rear rain tyre (option R). 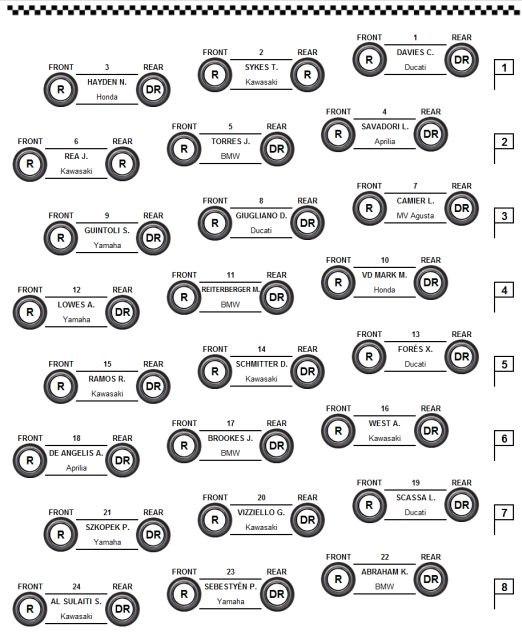 In the WorldSSP race, the most used front solution was the standard SC1 (option A), chosen by 21 of the riders on the grid. The remaining riders opted instead for the new SC1 development solution, the V0533 (option B) that has a compound midway between an SC1 and an SC2. As for the rear, most of the riders chose to go with the new SC1 V0705 development solution (option B), whereas 13 riders opted for the standard SC1 (option C). 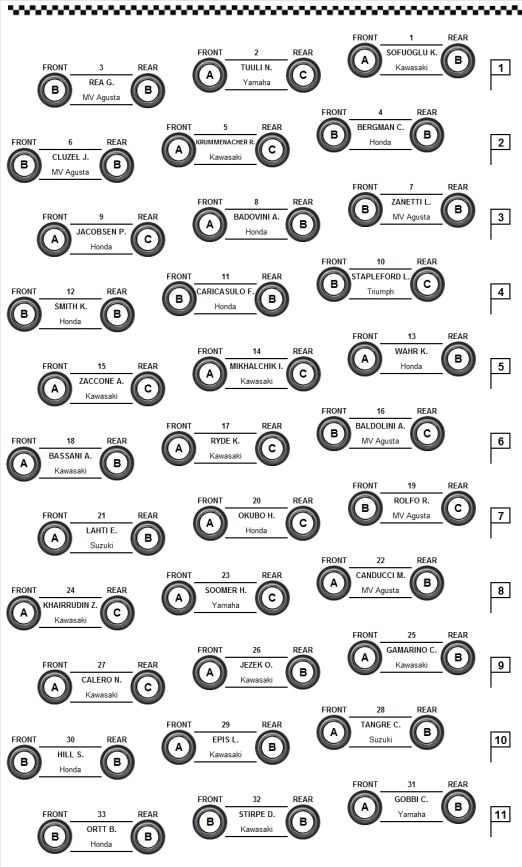 •  Number of solutions (dry, intermediate and wet) for the Superbike class: 6 front and 8 rear

•  Number of tyres available for each Superbike rider: 78, including 39 front and 39 rear

•  Number of solutions (dry, intermediate and wet) for the Superbike class: 5 front and 5 rear

•  Number of tyres available for each Superbike rider: 51, including 26 front and 25 rear