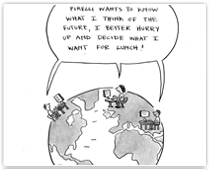 Honesty, curiosity, flexibility, switching the point of view, humility, simplicity, innovation, perseverance, fraternity, empathy. Pirelli illustrates its 2012 Annual Report with a set of values identified by young university students from all over the world involved in the online publishing project “Imagining the future with…”. What is the most significant word that sums up the values you would like to matter most in your future? This question received 700 replies from 153 universities in 28 countries. Ten young authors, aged between 18 and 30, have been selected by a jury of illustrious luminaries including 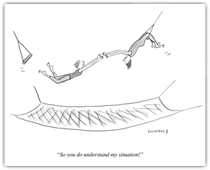 Oscar-winning film director Giuseppe Tornatore. These young people’s ideals will be given a illustrated by the pencil of the New Yorker’s sophisticated but hard-hitting cartoonist Liza Donnelly. The 10 winning authors will be offered an internship at Pirelli headquarters in Milan Bicocca in the area of the company most closely related to his or her chosen university studies. http://youtube.com/watch?v=Onl75NxnsLI