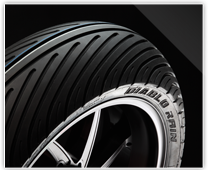 In 2013 Pirelli celebrates an unbroken run of 10 years as sole tyre supplier to all classes of the World Superbike Championship. In order to mark this important achievement, the company with the elongated P logo has revealed a major turning point in motorcycle racing history: moving from conventional 16.5” tyres to the new 17” ones. Pirelli engineers have completely redesigned the new Diablo™ Superbike slick, Diablo™ Wet intermediate and Diablo™ Rain full wet tyres that now boast new compounds, new profiles and new sidewalls. Stability and cornering have also been improved, whilst performance is maintained throughout the race. The new compounds are softer, more versatile and offer improved performance: at last, all races can be run with just two front compounds instead of the 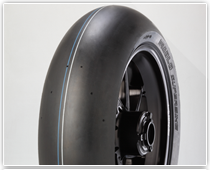 three previously available as Pirelli has managed to extend each compound’s range of use to notable effect. Finally, the Pirelli R&D department has concentrated its efforts on designing a new intermediate tyre, the Diablo™ Wet, capable of providing a more satisfactory response to team and rider expectations and a broader spectrum of use. These characteristics mean that the tyre could prove decisive in certain weather conditions and this will be crucial for the teams when deciding on which race strategy to adopt. http://www.youtube.com/watch?v=48QS9lZDZ18