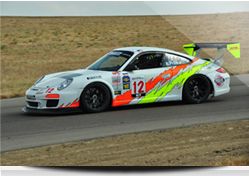 Pirelli Tire North America (PTNA) opens the 2011 racing season this week in the Streets of St. Petersburg, Florida in rounds 1 and 2 of the Pirelli World Challenge Championships, a competitive production-based race series based in North America. Pirelli is the official tire supplier and title sponsor of the series through 2015, which features three classes - GT, GTS and Touring. The five year contract with WC Vision will introduce Pirelli’s P Zero Racing Slick and P Zero Racing Rain spec tires to the series, where competitors compete for the annual Driver’s Championship, Rookie of the Year honors, and the Jim Cook Memorial Trophy. The series also features a Manufacturer’s Championship. “Pirelli Tire North America is proud to be the exclusive tire supplier and title sponsor for the Pirelli World Challenge Championships,” said Tom Gravalos, Pirelli Tire North America’s VP of Marketing, Motorsports and Original Equipment. “This is a highly competitive racing series, and it will help drivers, teams and fans develop a strong, positive relationship with the Pirelli brand. This is an exciting time for Pirelli Motorsport, as we continue our strategy of growth and development and are now partnered with some of the most important race series and world championships including Formula One, GP2, GP3, the VW TDI Cup, Ferrari Challenge, Lamborghini Super Trofeo, Pirelli Drivers Cup USA and now, the Pirelli World Challenge Championships. Pirelli has a strong appetite for GT racing, and we value partners that seek to improve competition in the sport. Racing is in our blood, it is our heritage. This is the opening week of Pirelli’s racing season, and from the F1 Australian GP to the Streets of St. Pete, we look to bring speed and safety to the teams and a great show to the fans. For over a century we have been the reference for racing tires and hope to continue for a century more.” In recent years Pirelli has become best known for its activities in grand prix, sports and GT categories where, in addition to winning many different championships there has been a very direct technology transfer between P Zero racing tires and P Zero road tires. “Pirelli is recognized as the premium performance brand tire supplier. All of us at WC Vision are proud of our relationship with such a highly recognized worldwide brand,” said Scott Bove, WC Vision’s Director of Operations. “The Pirelli P Zero will be put to test in one of the most competitive racing series with exciting standing starts pushing the tire grip and performance envelope to the maximum. We are all looking forward to the beginning of the 2011 racing season.” Today’s Pirelli World Challenge Championship P Zero has an external profile and internal structure which is designed to maximize the dimensions of the contact area. The tire’s belt geometries have been developed to optimize the lateral force generated in cornering on the racetrack. The tires for the series will be manufactured at Pirelli’s new Motorsport manufacturing facility in Turkey. The 12-race 2011 Pirelli World Challenge GT, GTS and Touring Car Championships campaign begins with Rounds 1 and 2 on the Streets of St. Petersburg, March 25-27 in Florida. All races will be broadcast on VERSUS. Pirelli Tire North America designs, develops, manufactures and markets tires for passenger vehicles in both the original equipment and replacement markets as well as markets and distributes tires for motorcycles and motorsports. Located in Rome, Georgia, Pirelli’s Modular Integrated Robotized System (MIRS) employs state-of-the-art technology to manufacture tires for both export and domestic markets. For more information please visit www.us.pirelli.com.