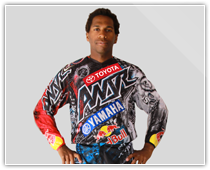 Pirelli and the JGRMX/Toyota/Yamaha team will continue their technical partnership during the 2012 AMA Supercross World Championship. With a strong line up featuring new signing James “Bubba” Stewart and veteran Davi Millsaps who will both race exclusively on Pirelli Scorpion SX tyres, team owner Coy Gipps was quick to underline its credentials as a serious championship contender. James Stewart, a multiple championship class winner commented, “I was really impressed with the commitment that the guys at Pirelli showed during testing”. “Working with a first class team and organization like Joe Gibbs Racing will allow us to continue the success of the Scorpion SX family of tyres in the USA” said Pirelli North American Off-Road Manager, Josh Whitmire. 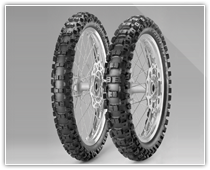 Davi Millsaps was quick to agree: “Pirelli has been working really hard to develop for us the best possible tyres. 2012 is going to be a great season”. Pirelli has won 56 World Championships to date, making it a leader in off-road tires worldwide. This legacy of success has led to an expertise in engineering and optimum tires. The 2012 AMA Supercross and FIM World Championship Series got underway on the 8th January at Angel Stadium in Anaheim, California.