A two-stop strategy may well be the fastest option for the Abu Dhabi Grand Prix. Increased tyre degradation compared to last year’s race has created question marks surrounding pre-event simulations. Two pitstops, with an average loss of 22 seconds for each tire change, is projected to be four to five seconds faster than a single stop.
Two options are considered the fastest: start on mediums, change to hards (between lap 16 and 22) complete the final stint on either the medium or hard compound. Completing the final stint on soft tyres is less likely, as it is unlikely to be as competitive as the other compounds. What teams choose to do will also likely be down to their remaining tyre allocation.
Anyone wishing to try a one stop strategy may arrive on the grid with medium compound and then replace them with the hard tyre, with managing the degradation of a longer first stint key. Other options on a one-stop strategy include soft to hard and hard to soft, at which point a safety car would play an important role in the outcome.

Testing is essential for developing high-performance tyres. Pirelli has organised a test day in Yas Marina on Tuesday, where both the full-time drivers and rookies will try out the compounds that will make their debut next year. The Abu Dhabi test day follows two special 90-minute practice sessions that have already taken place in Austin and Mexico City, which allowed Pirelli technicians to refine the tyres ahead of next Tuesday’s test, where cars will circulate all day between 9am and 6pm. 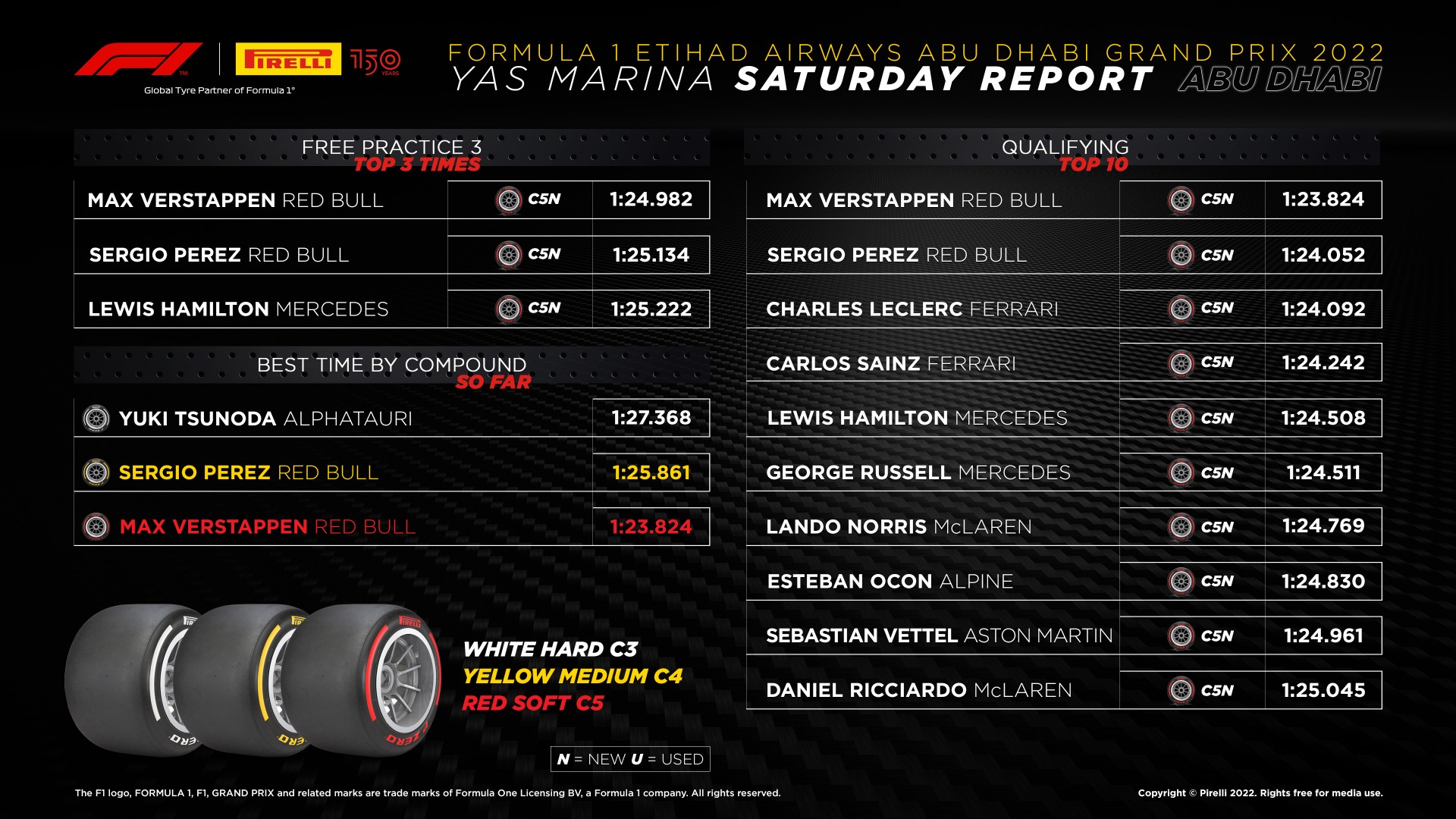