“Today was an interesting day as we saw the new track layout in action for the first time and also the teams trying out the bigger step in the compounds between medium and soft. This has turned out to be the right nomination this weekend so far, given the performance gaps we measured between the tyres today, so that’s something we might do again at other races in future. We observed some graining on the medium and soft in particular during both sessions. As this obviously has a direct effect on degradation, managing it will be a key element to the race strategy; although we’d probably expect the teams to focus on the two harder compounds, using the soft for qualifying. With the track evolution here, we’ve not quite seen the full picture yet so the final data we get from FP3 tomorrow will also be important in terms of strategy.” 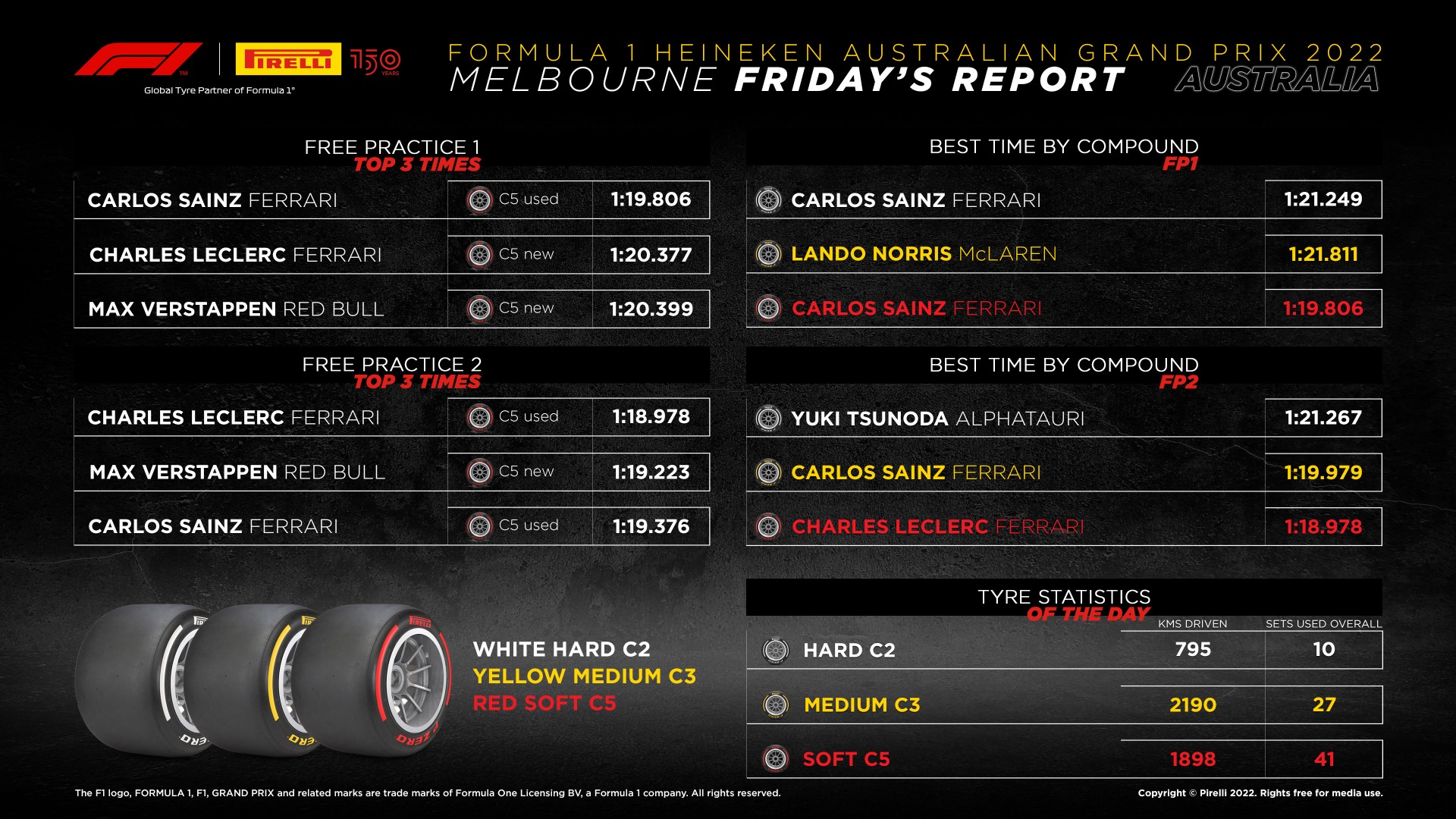