The 44 laps of the Belgian Grand Prix can be tackled with either a one-stop or a two-stop strategy, although there are different permutations of one-stopper possible, along with a more aggressive two-stop strategy.
So far weather conditions have been variable but tomorrow should be a bit warmer, with the tactical picture made more complex by the fact that a number of fast cars will be starting from the back due to grid penalties.
Starting on the P Zero Yellow medium is the most flexible approach, which gives the option to switch to either the P Zero White hard or the P Zero Red soft as part of a one-stopper, while leaving the door open for a two-stopper if needed. Starting on the soft doesn’t exclude a one-stopper, but it requires either an early stop for the hard or careful management to then go on the medium.
A different and more aggressive approach could be to use the soft as a part of two-stopper, perhaps with two stints on the medium tyre. This might compromise track position but could be a good option for a fast car if there is a safety car, or degradation on the soft turns out to be quite high.
That will be largely dependent on the weather conditions, but tomorrow is likely to be run in conditions that none of the teams have experienced yet. 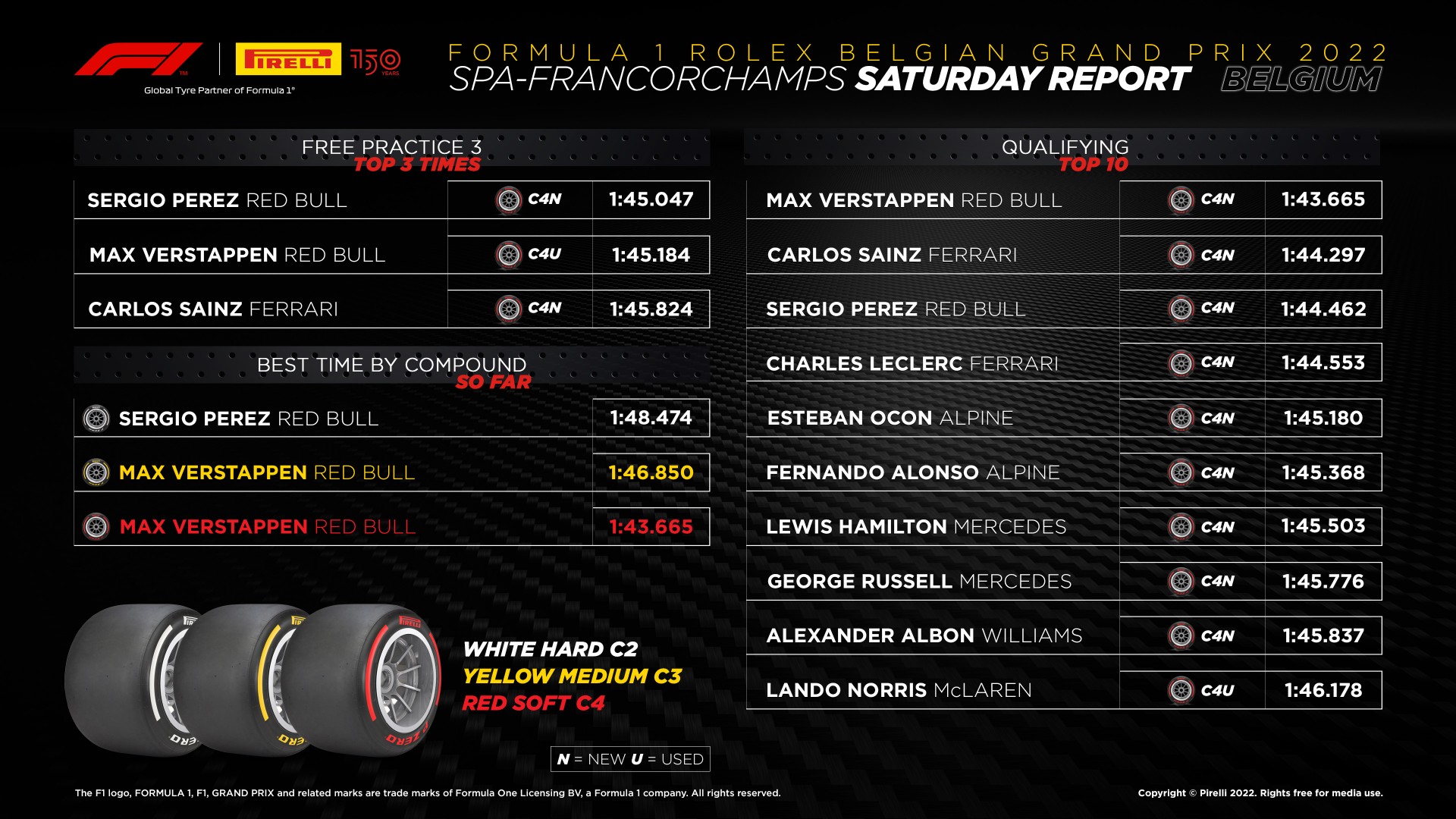 The P Zero name seen in Formula 1 has its origins in a road car tyre, which was created by Pirelli for the Ferrari F40 in 1987. The internal code for this special ultra high performance tyre project was P0, but when it was finally put into production, the name stuck – and the P Zero brand was born as Pirelli’s ultimate family of sporting tyres.