Today’s conditions might make it quite hard to believe, but the 70-lap Canadian Grand Prix tomorrow is expected to be dry – although the rain today will have affected the usual pattern of track evolution over a weekend, making the surface more slippery.
A one-stopper is expected to be fastest, with best way being to start on the P Zero Yellow medium and then move onto the P Zero White hard. There’s broadly comparable degradation between the soft and the medium, but the medium offers a wider pit stop window and more driveability than the soft, so starting on it gives drivers more options.
Soft to hard is also a viable one-stop strategy, but it commits the drivers to stopping slightly earlier than they would on the mediums. The big unknown is safety cars, but there is no way to prepare for those other than to consider as many options as possible.
A two-stopper is slightly slower, but under the right circumstances it could work: especially as you lose less time in a pit stop here than on any other circuit on the calendar, also because the drivers effectively cut out the first and last corners by using the pit lane.
For those starting further down the grid, there might be an argument for starting on the hard tyre and going long: hoping to make the most of a safety car, for example, by avoiding a pit stop and then switching to a faster tyre at the end.  This is a circuit where you can overtake, so track position isn’t quite as paramount as other places.

“With the risk of rain today identified, the drivers had an extra set of intermediates allocated for FP3 per the regulations. In qualifying, the track was ready for intermediates at the end of Q1, although the crossover point between full wets and intermediates was somewhat higher than we had anticipated. While the track dried reasonably quickly, it was inconsistent: with some parts fully wet, some parts damp, and other parts dry – leading to an exciting qualifying that really tested the skills of the drivers. As we have just one specification of full wets and intermediates homologated for the entire year, these tyres obviously have to be extremely adaptable to a very wide range of circumstances, including the unique conditions we saw here in Canada today. The wets and intermediates did exactly what was required here, with only one driver trying the slicks in Q3, but conditions were still too wet. It should be a very different story tomorrow, so now the teams have to make the most of the information obtained on Friday.” 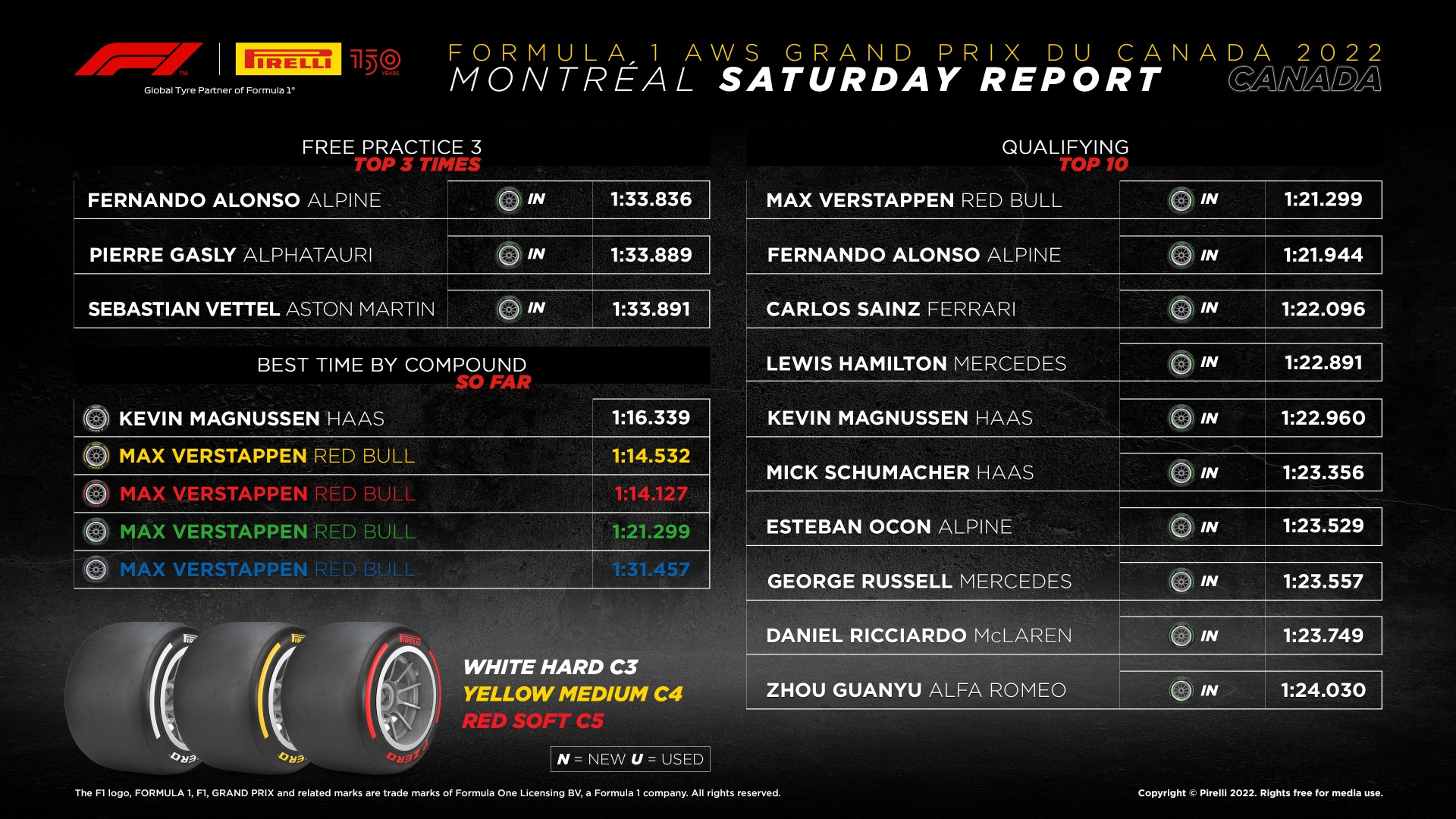