“Paul Ricard is a circuit that includes a bit of everything, interesting challenge for the drivers”

“This year’s French Grand Prix takes place nearly a month later than it did last year, when it rained on Sunday morning, so it’s fair to expect warmer temperatures. This year’s generation of tyres and compounds is different and more resistant to overheating than the 13-inch versions used last year, so we’ll have to see how that affects the strategy. A bit of history: Paul Ricard was actually where our 18-inch tyres for the current era made their debut, at a test with Renault and Sergey Sirotkin back in 2019.” 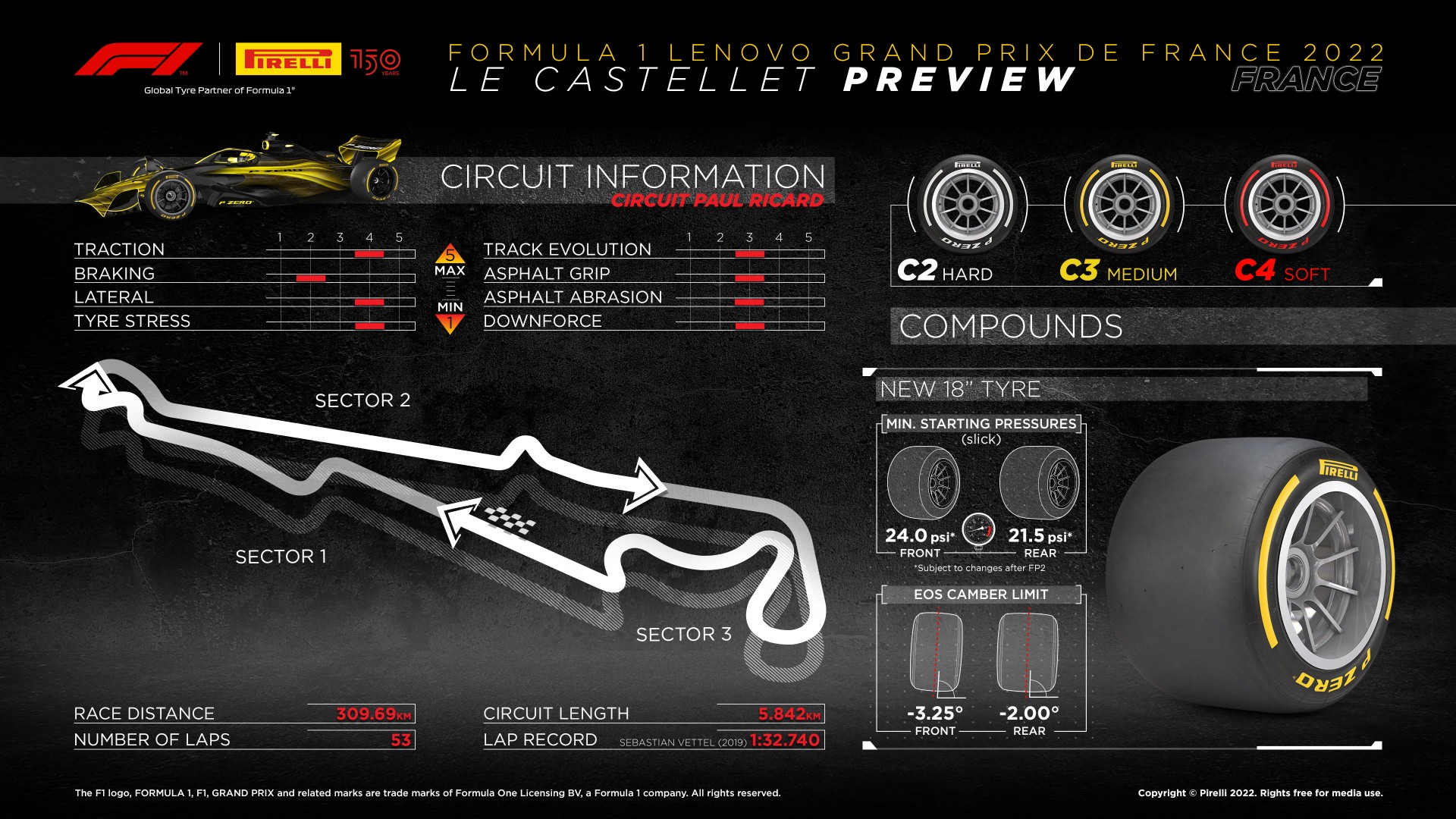 Formula 2 will race in France for the first time since 2019. The P Zero White hard and P Zero Red soft tyres have been nominated. This combination has also been seen in four of the previous eight rounds this year, most recently at Silverstone. Each driver has five sets of slick tyres (three hard and two soft) to use across the weekend, which is made up of a sprint race on Saturday afternoon lasting 21 laps and a 30-lap feature race on Sunday morning.