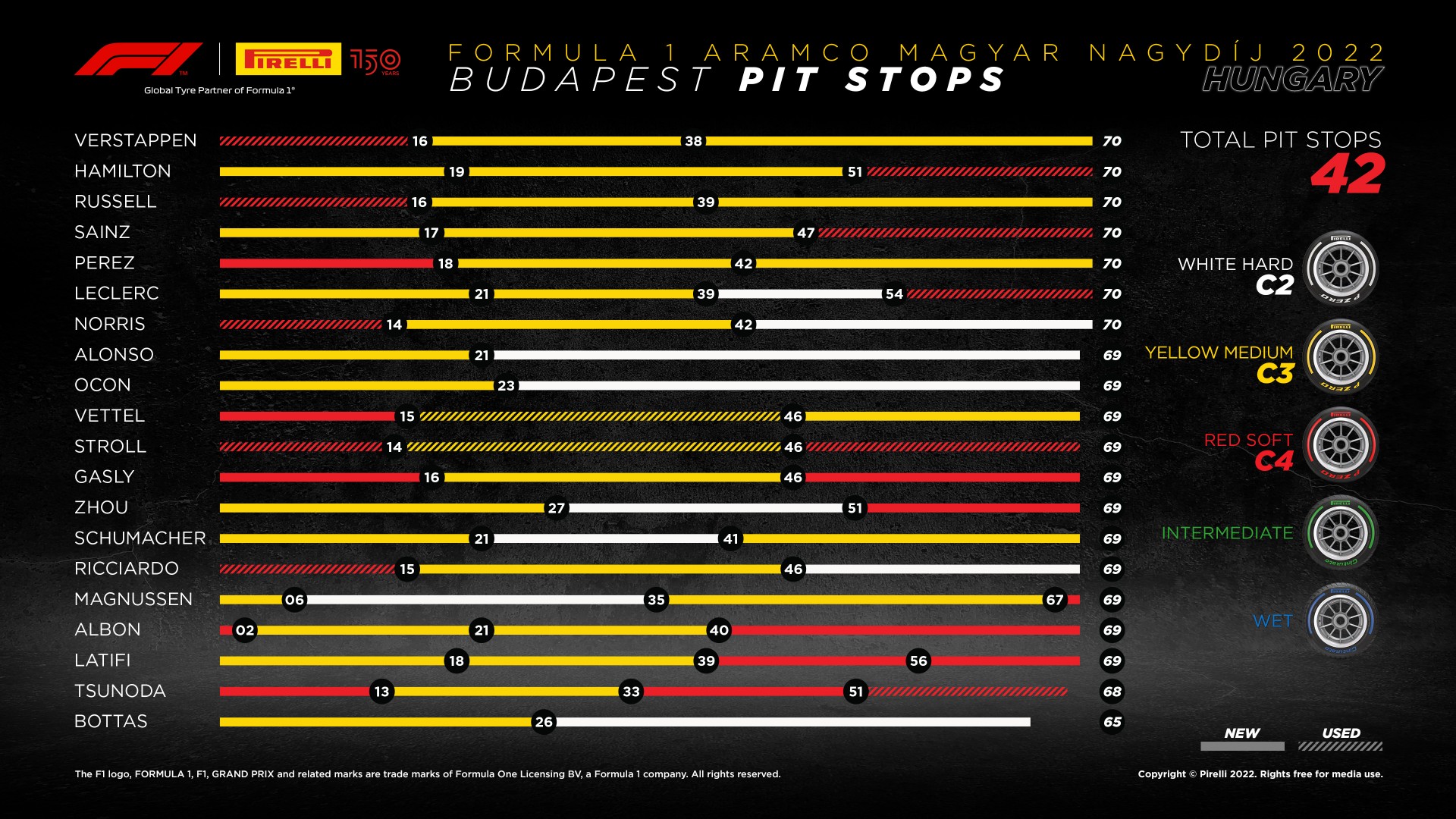 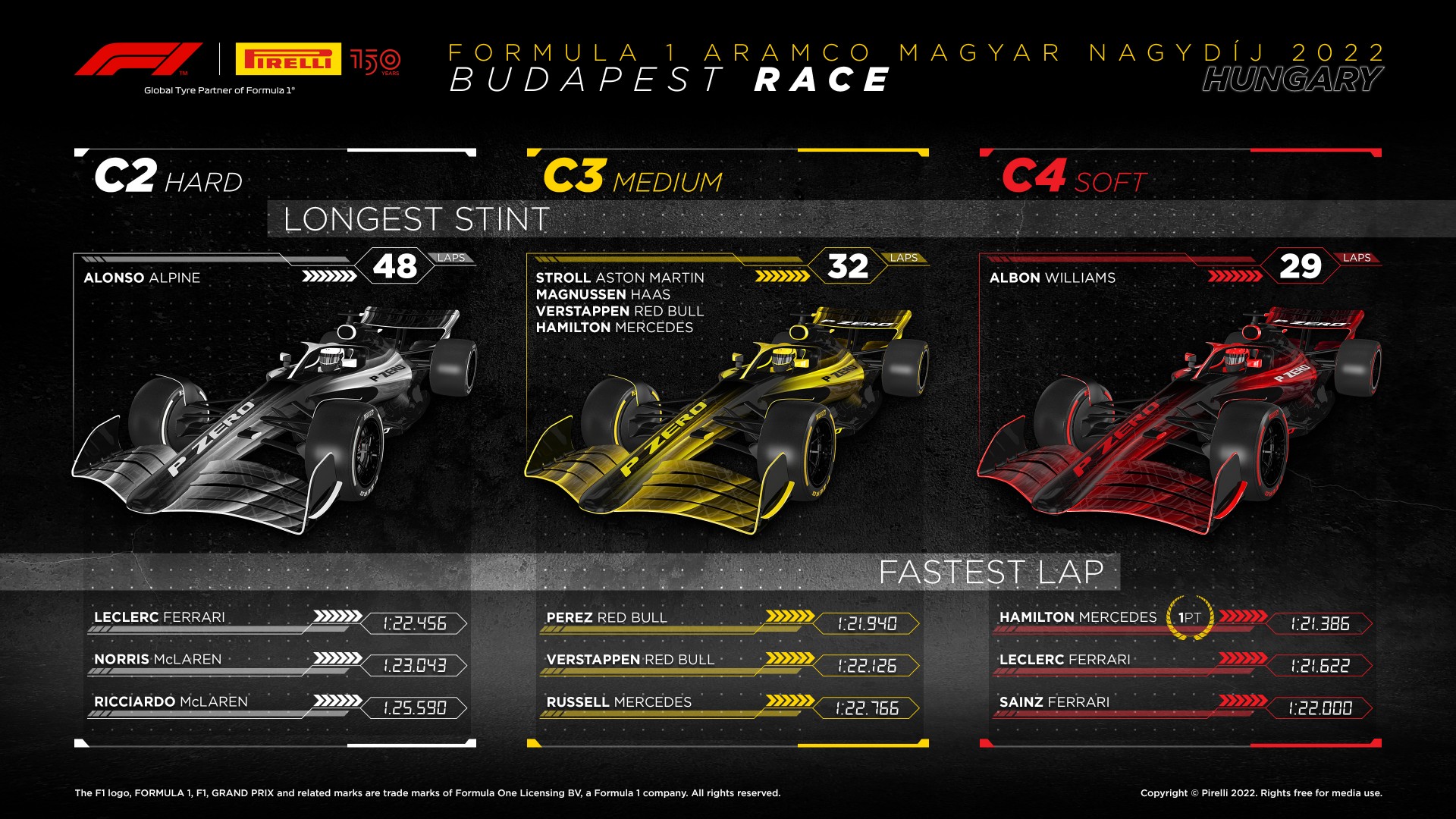 “With plenty of overtaking, some exciting duels, lots of different strategies, and a breathtaking finale, Budapest certainly lived up to all our expectations!”

“I’m very happy for the hundreds of thousands of spectators who came to the track and all the other fans around the world who saw three teams in a close fight for victory for the first time this season. This is a win for everyone in Formula 1, and it was also great to see around 10 different tyre strategies during the race – with every compound used – which all played their part in delivering an exciting and spectacular grand prix, just as we have seen all year so far. Budapest now marks the beginning of the summer break, but not straight away for us: on Tuesday and Wednesday we stay here at the Hungaroring to continue our 2023 testing programme. It’s the final push before the holidays, which we will tackle safe in the knowledge of all the work that has been carried out thanks to the efforts of everyone at Pirelli: both present on the track, and back at base in Milan.”

Formula 2
There were split strategies in the 37-lap Formula 2 feature race, with a similar number of drivers in the top 10 of the grid starting on the P Zero Red soft and P Zero Yellow medium. The winning strategy turned out to be soft to medium, with the soft runners able to take advantage of their extra speed in the relatively cool conditions. Race winner Theo Pourchaire (ART Grand Prix) switched from soft to medium on lap seven, while the highest-placed finisher on the alternative strategy was his team mate Frederik Vesti, who ended up fourth.

Formula 3
MP Motorsport driver Alexander Smolyar won from pole in the changeable conditions of the 24-lap Formula 3 feature race, with all the drivers starting on the Cinturato Blue rain tyre. Not all of them stayed on it though as many made a pit stop for P Zero slicks, with the crossover point coming at around lap 20. Carlin’s Zak O’Sullivan made the most of the opportunity offered by the slick, fighting back to fourth at the finish.