With just one hour of free practice this morning, the teams are lacking dry data for the 53-lap Japanese Grand Prix. The fastest strategy on paper is a two-stopper using the soft and medium tyres: probably with the medium used once during the middle stint. Soft followed by two medium stints is another viable two-stopper, for those with two mediums left.
A one-stopper could be possible as well, depending on degradation rates. This could be soft to P Zero White hard, or medium to hard – which is slightly slower on paper but requires less management. What’s clear is that all three compounds have a valid role to play tomorrow and a wide variety of strategies are theoretically possible.
The weather and track conditions on Sunday will ultimately decide the way to go. Track temperatures are expected to be a bit cooler than today and there’s a still a chance of rain.
This might favour the softer compounds – while the wet running yesterday could turn out to be extremely useful as well.

Suzuka is a perfect example of Pirelli’s ‘race to road’ philosophy, of using competition to improve the road car product. The epic circuit was originally conceived as a test track: similar to Pirelli’s own test tracks in Italy and further afield that the Italian firm uses to refine its ultra high performance tyres over a wide range of conditions and surfaces. Suzuka was commissioned by Soichiro Honda in the late 1950s as the first proper circuit in Japan, completed in September 1962. It’s well-known as a demanding yet balanced track that challenges every aspect of a vehicle’s dynamics. This makes it an ideal venue for testing. 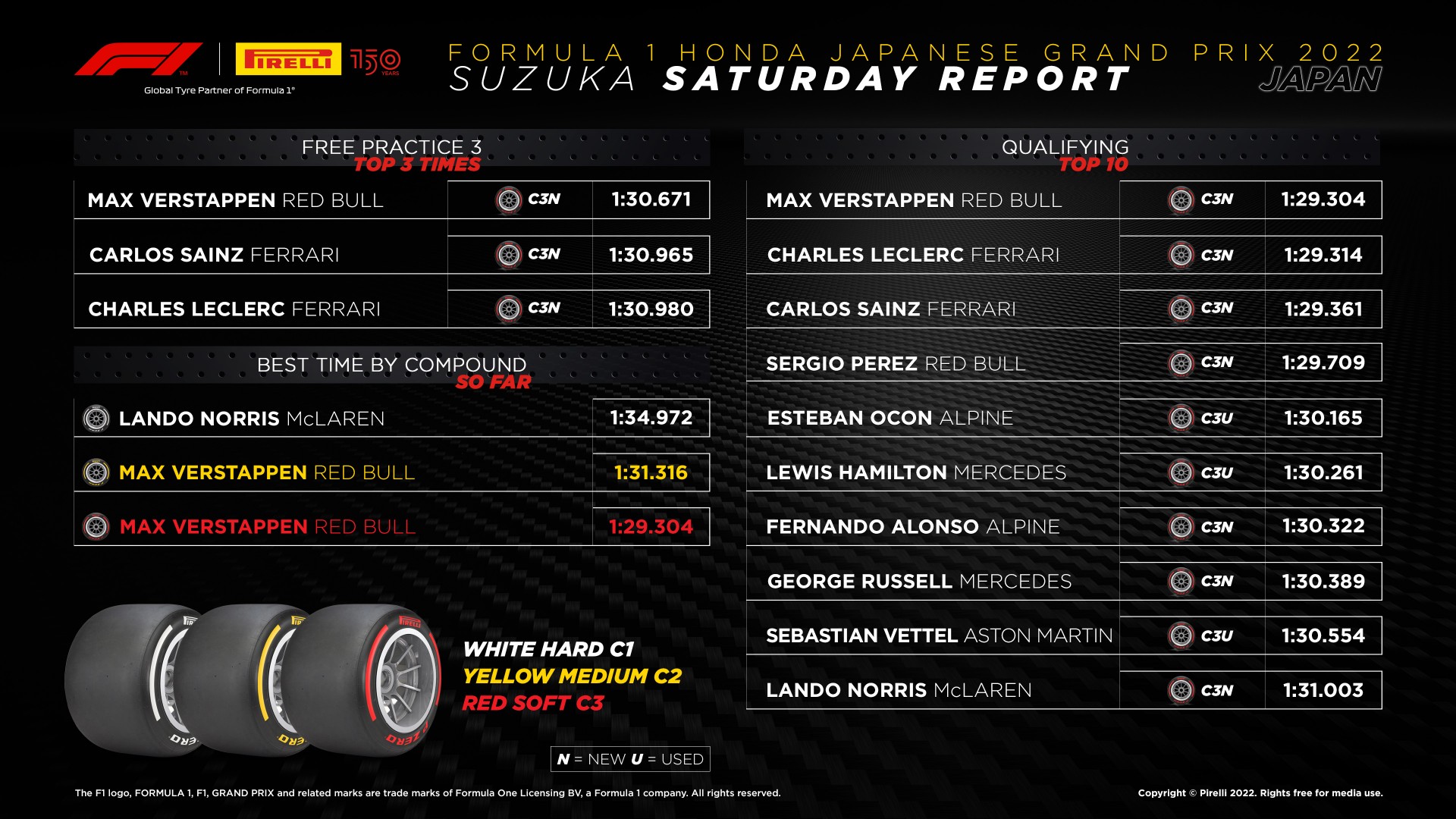