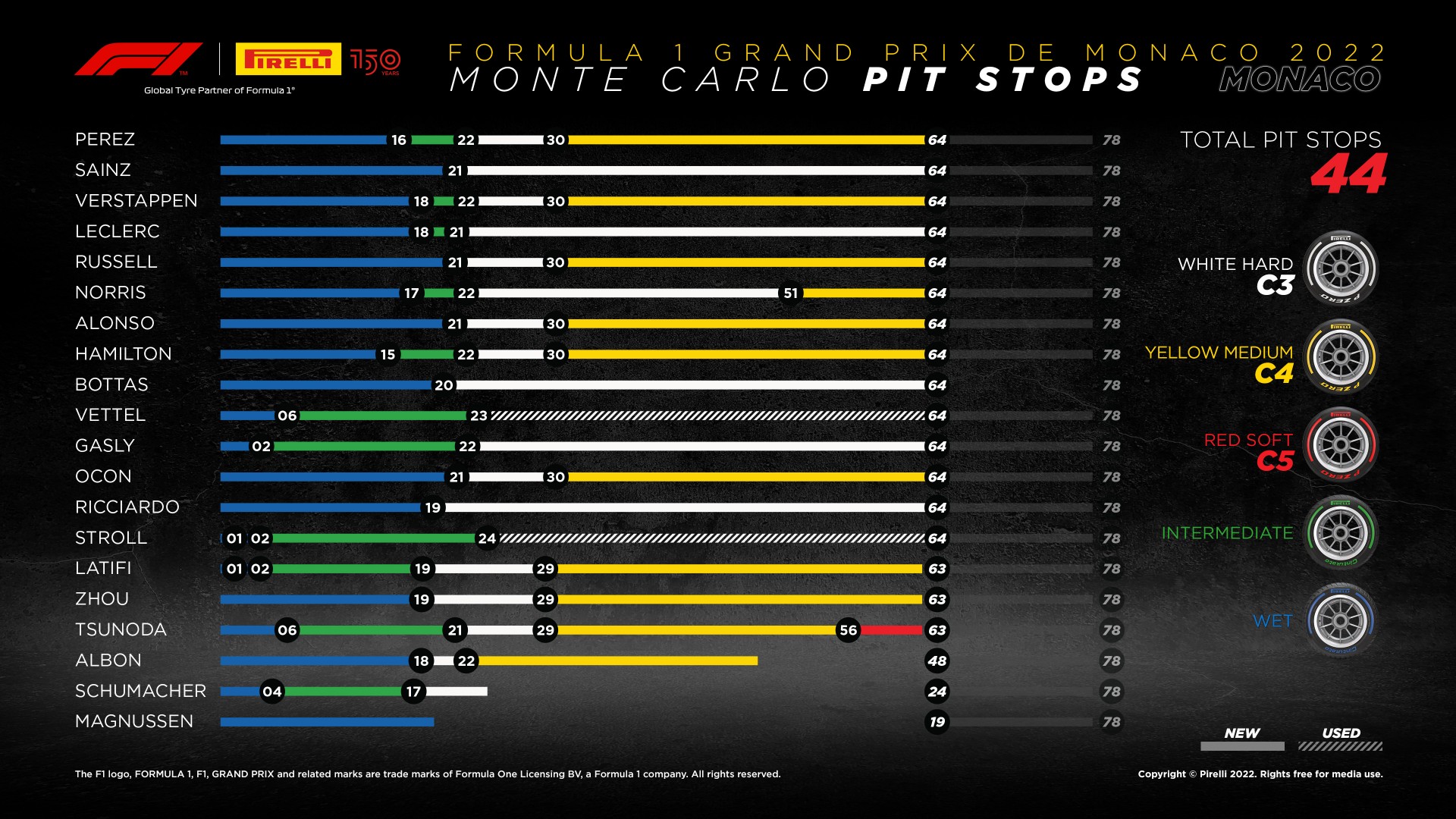 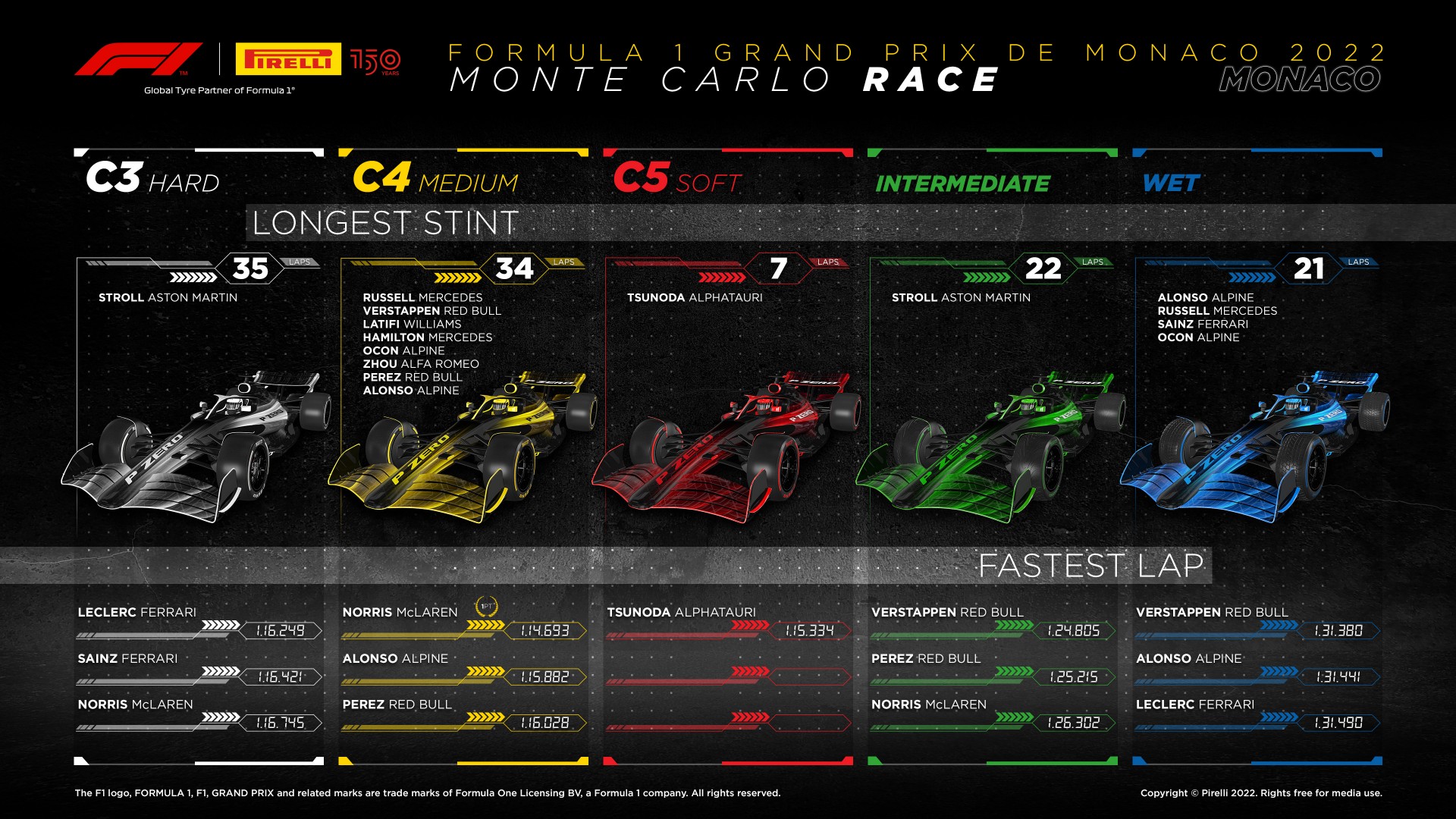 “This was one of those unpredictable Monaco races where strategy was dictated by who reacted best to changing circumstances, with those who took a chance sometimes rewarded. The changing weather after two days of sunshine added a number of complications to what should otherwise have been a reasonably straightforward race strategy, with the decision about when to get off the full wet tyre and which tyre to put on next being absolutely critical, on very slippery street asphalt that clearly affected the crossover point, rather than temperatures. Added to this were a number of unforeseeable factors such as the safety car and red flag, which required yet more immediate decisions – influenced also of course by which tyres the drivers had available to them. Perez’s decision to use the medium for the final stint helped him to seal the race victory, ahead of Carlos Sainz on the hard, although Perez also had to manage his tyres in the closing stages. Every tyre in our Formula 1 range was used during this race, with all performing well despite a completely unknown set of conditions and crossover points on the tightest and most unforgiving track of the season.”

The Formula 2 sprint race was won by Dennis Hauger, taking his first win after the reverse grid poleman Jake Hughes (Van Amersfoort) stalled on the grid.Jehan Daruvala made it a Prema one-two, with Marcus Armstrong following closely behind for Hitech to complete the podium. All the drivers used the P Zero Red soft, with Hauger managing the restart perfectly after a safety car.
There was quite an even split between drivers starting the Sunday morning feature race on the soft and those on the P Zero Purple supersoft. An early safety car forced those starting on the soft to run a comparatively long stint on the supersoft, in order not to waste the ‘free’ pit stop. Among them was race winner and championship leader Felipe Drugovich (MP Motorsport), who ran the supersoft for 22 laps at the end of the race after starting from pole. Hauger, who finished seventh, was the highest-placed finisher on the alternative supersoft-soft strategy.