If it stays dry, the best strategy for the Singapore Grand Prix should be a one-stopper. This could involve starting on the P Zero Yellow medium tyres and running them until between laps 22 and 28, before going onto the P Zero White hard until the flag. An alternative would be to run the P Zero Red soft for between 18 and 24 laps after the start, before switching to hard. There are a number of well-known external factors that often influence strategy in Singapore: every race held at Marina Bay has featured at least one safety car, while today also showed how the weather poses a question mark for tomorrow. There’s still a chance of heavy rain showers, which are much more difficult to predict than at other races in the championship.

THE WORLD OF PIRELLI

As part of the celebrations for Pirelli’s 150 years and Singapore’s return to Formula 1, there was a function held earlier this week at the new Italian embassy headquarters between government representatives, Pirelli’s motorsport director Mario Isola, and key local media. 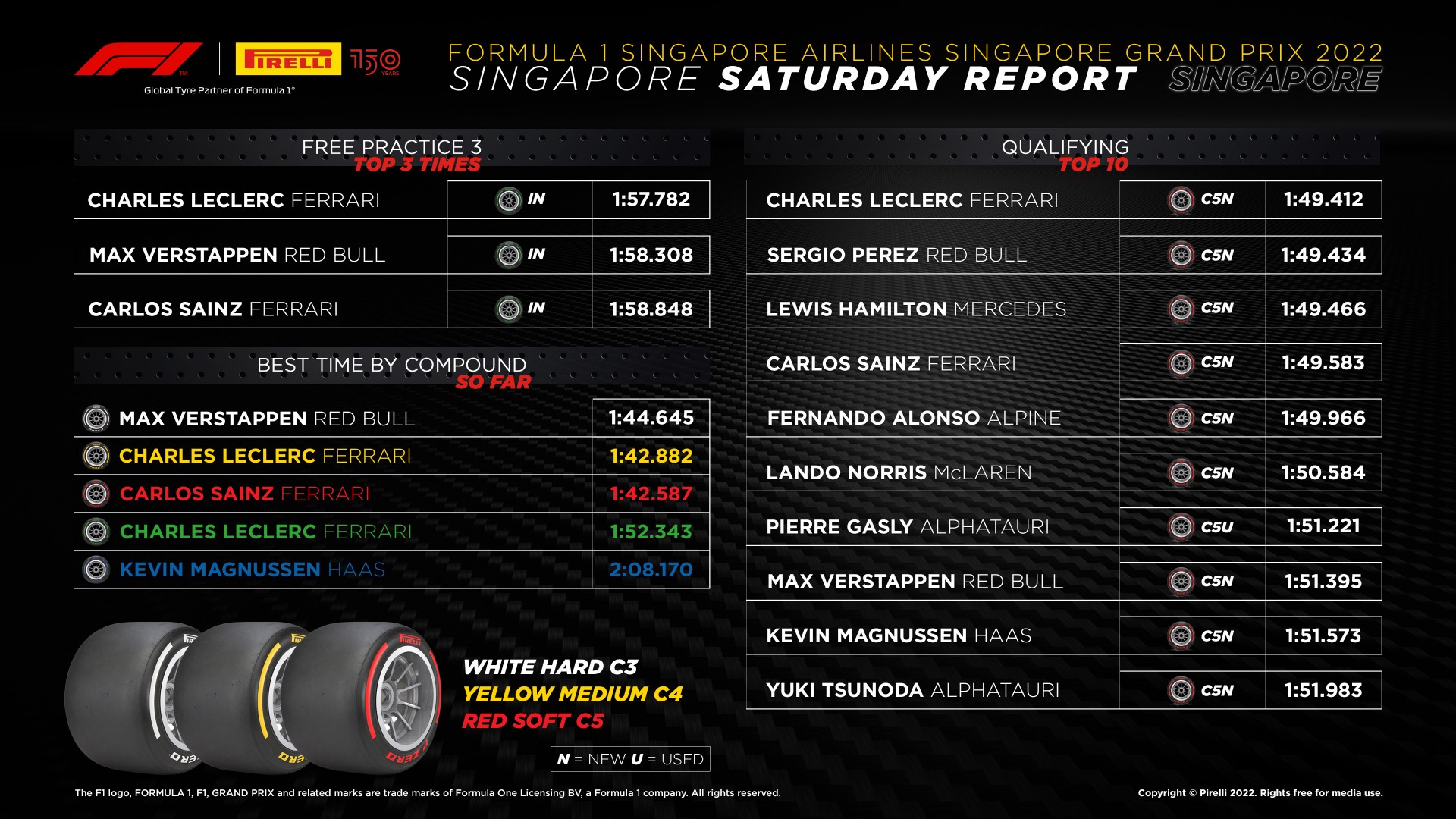