The fastest way to approach the 66-lap Spanish Grand Prix is a two-stopper, and even a three-stopper isn't out of the question. But which two-stopper will be quickest? The most versatile option to start the race on is the P Zero Yellow medium tyre, in order to ensure a reasonably long first stint, but what happens after then largely depends on the tyres that each driver has left from their allocation.
The P Zero Red soft has a notable speed advantage over the medium, albeit with a shorter life, and that could make it appealing for those with good race pace. The P Zero White hard tyre could play a part too, although it’s more than a second per lap slower than the medium.
Theoretically, the fastest way to approach the race is medium-medium-soft. The second-fastest way is medium-soft-soft, and then there are some three-stop strategies that could work out well too. Medium-hard-soft, using all three compounds, is an interesting option, but it’s faster on paper to avoid the hard.
However, there isn’t a particularly high safety car probability in Spain, and the temperatures are expected to be slightly warmer than today. All of this might push the teams towards the harder compounds, given the levels of degradation seen so far in free practice.

“It was a hot and tough qualifying session, where managing the soft tyre was crucial in order to extract every last bit of performance. Not only that, but strategy played an important part and Leclerc’s calculated risk to complete only one run in Q2 – a decision that was also taken by Mercedes – could  give him some different options. Degradation will definitely be a factor tomorrow, with temperatures predicted to be perhaps even hotter than today, so this is likely to be the most challenging race of the year for tyres so far, where management and strategy will be key to success. One interesting thing we saw today was FP3: often this is focussed on preparation for qualifying, but today we saw lots of teams optimising set-up and balance in the light of the degradation experienced yesterday.” 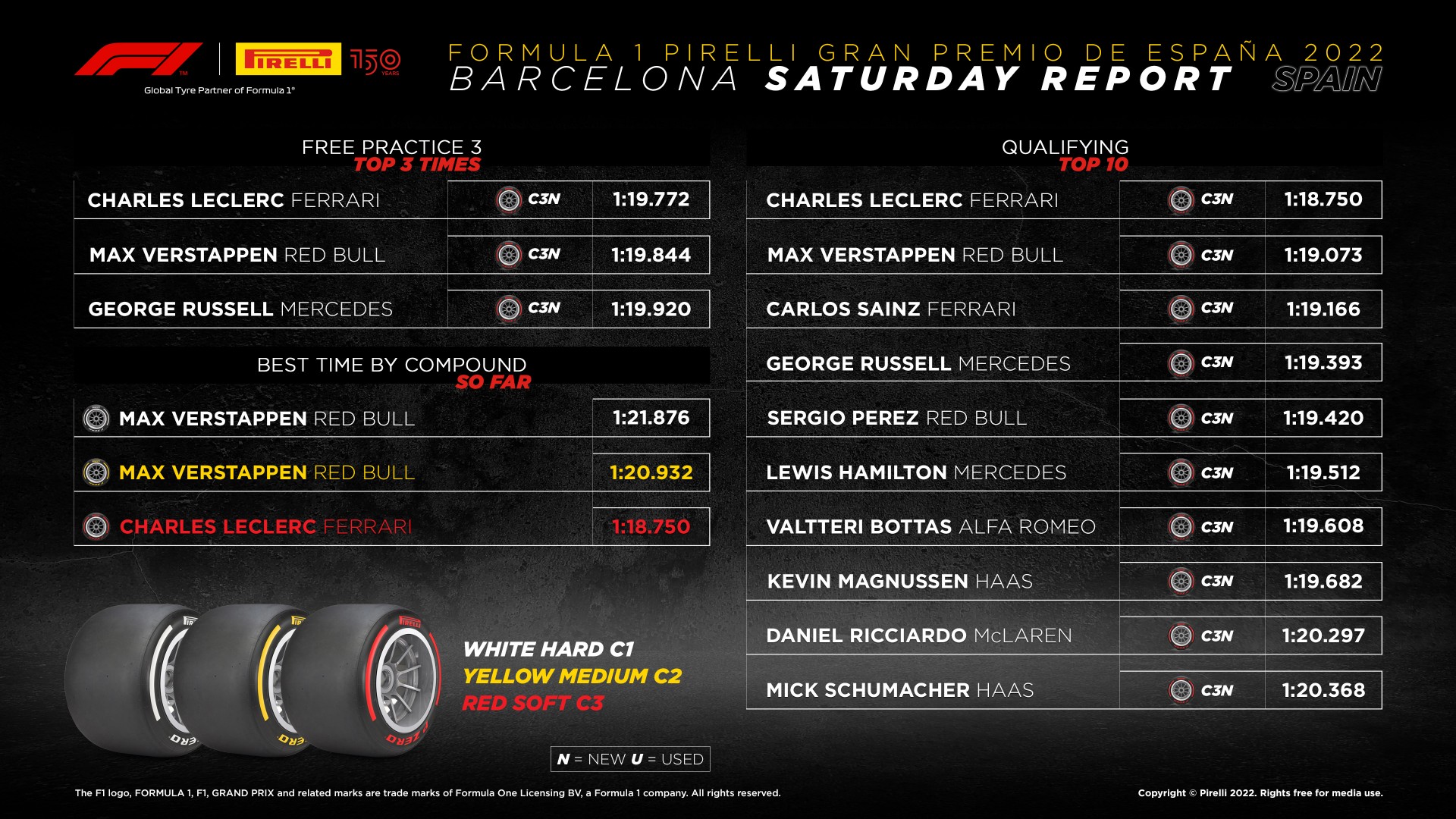