Business as usual for Pirelli riders Cairoli and Herlings in Trentino

The Pirelli Scorpion MX were the undisputed winners of the Grand Prix of Trentino as Antonio Cairoli and Jeffrey Herlings monopolised their respective categories. The Sicilian consolidated his lead over the MX1 class standings with a confident double moto haul thanks to two holeshots and faultless performances to reach the top step again for the third time in 2013. The six times world champion used Pirelli Scorpion MX MidSoft 32F front and MidSoft 32 rear and finished ahead of KTM team-mate Ken de Dycker. The Belgian went for the same tyre combination and his runner-up position has now lifted him to second in the points table ahead of countryman Clement Desalle. The Suzuki rider could do no better than fourth overall after a crash at the start of the second race. Fifth was team-mate and other Pirelli runner Kevin Strijbos. 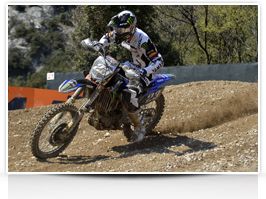 MX2 was a familiar story for Jeffrey Herlings who wasn’t restricted by two bad starts (a crash and hitting the gate in the second moto) and having to come from the rear of the field for his fourth GP win and to maintain his 100% record. The Dutchman used Pirelli Scorpion MX MidSoft 32F front and MidSoft 32 rear and he finished ahead of KTM team-mate Jordi Tixier who opted for Pirelli Scorpion MX MidHard 554 while the Scorpion MidSoft 32 was used by fourth placed Christophe Charlier and Glenn Coldenhoff in fifth. 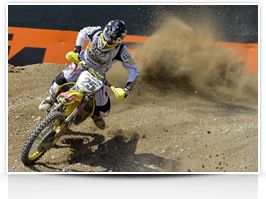 A Pirelli podium spot was evident also in the opening fixture of the European EMX-125 series as Swede Anton Lundgren classified as runner-up. Round five will take place on April 21st with the Grand Prix of Bulgaria at Sevlievo. 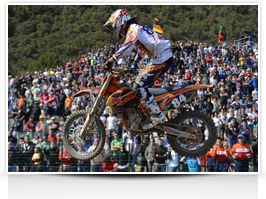 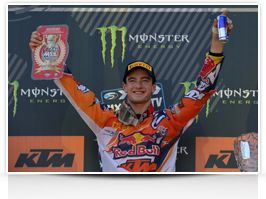 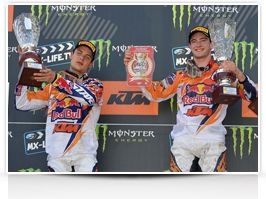