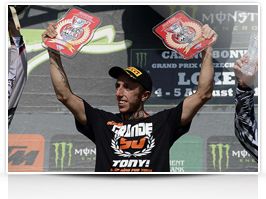 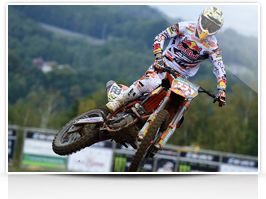 Antonio Cairoli wrote another page in the history of motocross at the Grand Prix of Czech Republic by recording his 50th Grand Prix career victory. Third on the all-time list and only trailing Belgians and other great Pirelli riders Stefan Everts and Joel Smets the reigning champion marked his achievement thanks to Scorpion MX MidSoft 32 front and rear. 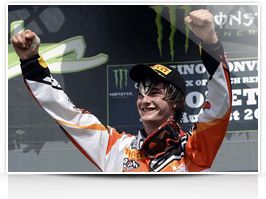 “In qualification we saw that the track was hard and compact so we tried the MidHard 554,” said Pirelli Racing Service Manager Giovanni Gatti. “However it was the MidSoft 32 that gave better performance because of the stony nature of the surface that made traction hard to find.” Cairoli owned this twelfth round of the series without problem in the first moto by leading from the first lap until the last. He then enacted a spirited comeback from seventh position at the start of the second race to take the chequered flag again. To his side on the podium were other Pirelli riders in the forms of Clement Desalle, who now trails the Sicilian by 30 points in the standings, and Christophe Pourcel. Max Nagl made an impressive first Grand Prix appearance of the season and claimed fourth place in the GP classification. 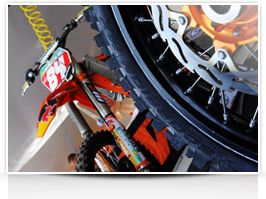 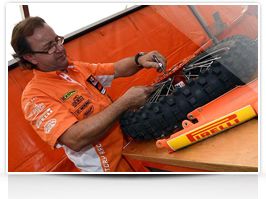 Loket witnessed an extraordinary result for leader of the MX2 class Jeffrey Herlings, who entered the grand prix carrying injuries in the wake of a car accident two weeks ago after the Grand Prix of Russia. Despite the effects of a concussion and a broken rib the teenager rallied hard to win both motos on his factory KTM with Scorpion MX MidSoft 32 front and rear. The same combination was used by title rival and Kawasaki rider Tommy Searle who was runner-up overall. A fall and mechanical problem respectively for Joel Roelants and Jeremy Van Horebeek, prevented both from rising higher than 8th and 10th positions on the day. The Scorpion MX also figured heavily in the European MX2 series thanks to French Kawasaki NGS Junior Team rider Maxim Desprey; the teenager celebrated third position overall thanks to a moto win and sixth place in the second outing. The thirteenth round of the FIM Motocross World Championship will take place on August 19th at the English circuit of Matterley Basin (Winchester). MX1 Overall Classification: