Across the board success for the Scorpion MX with victories in MX1, MX2, Veteran’s World Cup and Women’s World Championship It was a magnificent day for Pirelli Scorpion MX that dominated the thirteenth round of the FIM Motocross World Championship also the scene of the first MXGP Festival that entertained ten racing classes with more than 300 riders. Antonio Cairoli posted his fourth MX1 win in a row and eighth of the season with an authoritative performance that saw the champion lead every lap of both motos. He attacked the rough and fast terrain using his factory KTM and a selection of MidSoft 32F front and MidSoft 32 rear; like the vast majority of racers in the premier MX1 class with Pirelli rubber at their disposal. Second place belonged to Max Nagl, while Clement Desalle could do no better than sixth after suffering a family bereavement and a crash on Saturday that left him with a sore hand. The Belgian is now 55 points behind the Sicilian with just three rounds (150) points remaining. 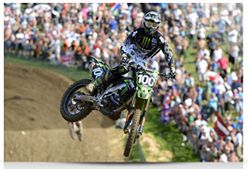 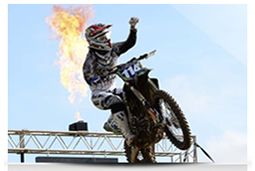 First position was celebrated with the Scorpion MX in MX2 with Kawasaki racer Tommy Searle enjoying an emotional victory at his home Grand Prix and emerging victorious after a close duel with KTM’s Jeffrey Herlings. In fourth overall was Herlings’ team-mate Jeremy Van Horebeek. Scorpion MX shined brightly in other categories and monopolised the podium of the FIM Women’s World Championship thanks to winner Livia Lancelot ahead of Chiara Fontanesi and then Ireland’s Natalie Kane. The runner-up was able to confirm her (and Italy’s) first crown in the competition riding her Yamaha YZ250F booted with Scorpion MX. Another title was acquired by Pirelli in the Veteran’s World Cup as Darryl King was able to beat Mats Nilsson in the one-event special. 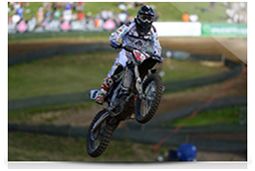 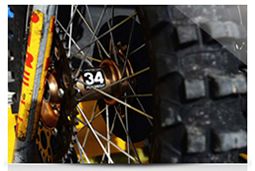 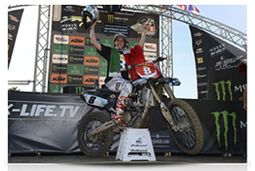 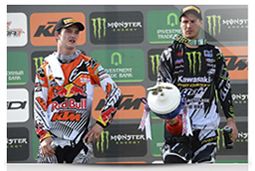